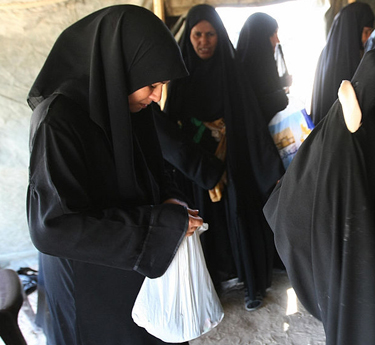 Fadila* was raised in a devout Muslim family in the Middle East, one of eight children. Her father – who farmed a date plantation — also had a second wife who bore four children.

As a young woman, Fadilla dedicated herself to the practices of Islam every day. “I was always wearing the abaya, which is a large, black cloak wrapped around the body. And I regularly followed ‘Namus’ (ritual prayers of Islam five times a day), 30 days fasting at the month of Ramadan, and giving to the poor.”

One of her brothers fell in with the wrong crowd and became an alcoholic and drug addict, which was forbidden by their religion. He became violent and pressured family members and friends for money to support his habit.

“We lost our peace,” Fadila recalls. “We prayed and prayed for a change of my brother and peace at home, but we got no answer.”

Partly due to the stress, Fadila’s mother got sick. “Her condition became worse day by day. She consulted with many doctors.” No one could diagnose her illness.

Then something worse happened, she suffered a stroke and became completely bedridden.

“One day my other brother brought two men into my house. My brother introduced them and said they are men of God and have gifts of healing. If they pray for our mother, she may be healed.”

The two men began to pray, but Fadila felt uncomfortable, because they were using Jesus’ name in the prayers.

Fadila suddenly realized these were Christian pastors. “I became angry with them. I shouted at them to get lost from my house.”

But in the midst of her outburst, something unexpected happened.

Fadila’s mother began to get up from the bed!

“We helped her and she sat erect and then stood on the floor,” to everyone’s complete amazement.

“While he was praying,” Fadila’s mother said, “I saw Jesus Christ and He touched me with His nail-pierced hands. At once, something went away from my body and a light covered me and I felt total healing.”

Suddenly Fadila felt remorse for the way she treated the two pastors and asked them to pardon her behavior. Then she asked them to pray for her alcoholic brother.

The pastors began to pray over her brother. “He sat on the floor at the feet of the pastors and cried. He promised that he would leave all of his bad habits. He confessed his sins. He accepted Jesus Christ as his personal Savior and Lord. And we saw an unspeakable joy and peace in his face.”

One of the pastors told the family he is a Christian convert from Islam. He shared his testimony and conveyed the message of the Gospel. He explained that Jesus Christ was crucified, died, and rose from the dead for all of our sins, to give us eternal life.

“My mother said she believes,” Fadila says. “I too declared my faith in Jesus. My other brothers and sisters also believed.”

One of the pastors, affiliated with bibles4mideast, took a Bible from his bag and gave it to the family. 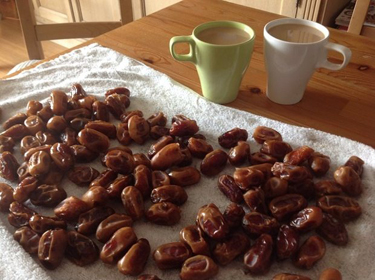 “All these things provoked my step mother and her children,” Fadila notes. “Sometimes they are threatening us that they will inform on us about our religion. If so, certainly we will have to face persecutions.”

“Though my father believes in Jesus Christ, he keeps quiet due to the influence of my step mother. We pray for all of them to be saved.”

“We read and meditate on the Bible every day. And very secretly we are attending prayer and worship services held by bibles4mideast. Please pray for us.”