The son of a retired British vicar in the Church of England won the Masters Golf Tournament, and his father said God’s favor propelled his victory.

“I believe very seriously in the favor of God and that’s what’s happening,” the Rev. Stephen Willett told Premier’s News Hour. “In the last two years he’s played out of his socks and I think God is honoring him for being an honorable man.”

Danny Willett earned the victory after Jordan Spieth’s monumental collapse on the 12th hole in the final found, when Jordan’s ball plopped into a water hazard twice and his next shot went into a sand trap. The score of seven on the three-par hole torpedoed his chances for a win.

Willett rose to the occasion with a smashing performance, turning in three birdies on the last six holes.

“We all go out there and try and play good golf, and at the end of the day, someone has got to win the golf tournament,” Willett told reporters. “And, fortunately enough, today was my day.”

Willett is a Christian who has spoken previously about his faith, but in humble fashion, denied he received any special favors from God.

“I am a Christian—I was brought up in a Christian family—but a lot of the Americans take it slightly over the top at times,” said Willett. “I think He has bigger things to deal with than whether I shoot 65 or not,” he told the Daily Express.

Still, God’s providential hand seemed to play a role in all the circumstances that came together for Willett to claim the prize.

His first child was due on Sunday – the day the final round was played — and he didn’t plan to come to the Masters if the baby was not born.

But nature’s God intervened, and wife Nicole gave birth to Zachariah James Willett early, on March 30. That allowed the new dad to rebook his ticket to Augusta. He was the last player to sign up for the contest.

Also, his wife’s birthday arrived shortly after his win. “My wife was born, in about 10 minutes’ time, 28 years ago, 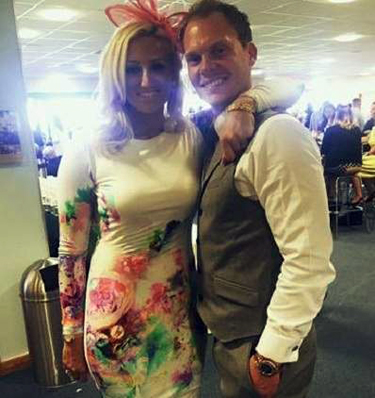 it’s her birthday back home today [Monday in the U.K.]. My son was due today and he came early too, obviously, letting me come and play. So you talk about fate, you talk about everything else that goes with it; it’s just been a crazy, crazy week.

“I said I wouldn’t come here if he wasn’t born and I was sticking by that. Thankfully he (God) answered my prayers and came early. People were saying ‘Try to bring the green jacket home for the little man’. It’s a bit big but I am sure he will grow into it.”

Nick Faldo, one of the commentator’s on the televised coverage of the event, was the last Englishman to win the Masters. “Obviously Sandy Lyle and Nick Faldo [and Ian Woosnam] were the last Brits, a long, long time ago,” he added. “And to follow up with them, it’s fantastic. They were great champions to win the Masters. And I still can’t believe I’m going to be in and amongst them. And in the champions locker room, it really is mind-boggling for me.”

Spieth, also a Christian, could barely keep his emotions in check after his stunning loss. Jack Nicklaus was among those who offered his condolences. “I think the whole golfing world feels for Jordan Spieth,” Nicklaus said. “He had a chance to do something truly special and something very few have done before—and be the youngest to accomplish that—and he just didn’t pull through.

“My heart goes out to him for what happened, but I know that Jordan is a young man who will certainly learn from this experience and there will be some good that comes out of this for him. He’s a wonderful talent and a wonderful young man.”

Willett also viewed Spieth’s collapse as unusual. “It had been tough,” he said. “Every time we seemed to make ground, Jordan kept pulling ahead. And we were just trying to dig in and dig in and try and make birdies and birdies. I thought we had to get to six or seven under. Then I look at the leaderboard and he’s already at seven and it was just, it was just a very surreal day, when you look back at the ebbs and flows. It was fortunate that the shots we hit were correct at that time and we holed a few putts when we needed to.

“It all happened very, very quickly, obviously. We went from behind to suddenly two in front. It was all a bit surreal.”

Willett said he could “empathize” with his noble competitor. “He shook my hand like the true gent he is and said ‘Really well played,’” said Willett. “He’s a class act.”