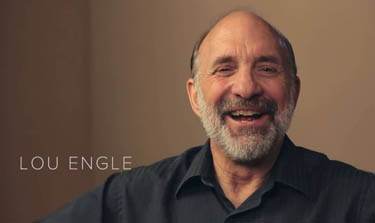 The Azusa Call on April 9th at the LA Coliseum was the culmination of dreams, visions, and prophecies that inspired Christian leader Lou Engle to take a giant leap of faith in his hunger for revival to sweep the world.

Some 120,000 of all ages joined together for a day of worship and prayer at the enormous venue. At a pastors brunch before the event, over 500 Southern California pastors joined outside the Coliseum’s entry to pray and hear about Engle’s vision.

“In the midst of the worldwide upheaval of Islamic terror, political confusion, racial tension, and the great moral slide in America we believe that the color line can be washed away in the blood of Jesus and the great outpouring of the Holy Spirit could be unleashed as it was at Azusa Street in 1906,” he said beforehand.

For the 16 years leading up to the event, Engle led a youth movement seeking spiritual awakening called The Call, best known for its prayer rallies. Engle sees the upcoming event as the pinnacle of that movement.

Engle’s plans for the Azusa Call came together after a close friend had a dream that he was to buy plane tickets on United Airlines that would expire 1080 days after the dream.

When they calculated that day, it was April 9, 2016, the 110th anniversary of the Azusa Street revival.

Going beyond the significance of the date, they believe the reference to “United Airlines” represents God’s desire for racial and denominational unity in the Body of Christ.

“Can you believe with us that denominations will unite, that the races could come together, that God could make us one, as the antidote to the terrific division in our day? Could you believe with us for stadium Christianity where signs and wonders are breaking out and mass evangelism explodes across our country- the Third Great Awakening?” he asks.

Just as the Promise Keepers men’s movement filled stadiums with men in the 1990s, Engle believes a coming outbreak of revival will pack stadiums across the country, with the church receiving renewed power in the Holy Spirit as a result.

The Azusa Street Outpouring in 1906 kicked off the Pentecostal/Charismatic movement in the United States. The leader of Azusa Street, William Seymour, prophesied that in 100 years, a far greater revival would break out.

Known for his gravelly voice and a distinctive rocking motion when he speaks, Engle has given his life to prayer, extended fasting, and leading the church toward greater unity.  The overriding cause of his life is to see one last great revival.

He believes this coming revival will embolden the church to evangelize the culture, saving millions of souls before Jesus returns.

Engle also thinks the explosion of 24-hour houses of prayer worldwide is preparation for this last great harvest of souls.

In September 2000, Engle organized and led over 400,000 young people in a gathering on the mall in Washington D.C .

Engle imagines that an army of youth sold out for Jesus will ignite and transform the American church and help fulfill the Great Commission.

“Sixteen years ago, I asked the Lord, ‘How can I be a part of turning America back to God?’ Out of that prayer, TheCall was born. I don’t believe that God will fasten our soul to a dead end vision. I stand in awe of the God who has been faithful to His promises. He will come to us like the rain. Though darkness covers the earth, the Glory of the Lord rises upon us. I pray your heart burns with this faith. Can a nation be saved? I still believe!”

Peter’s first sermon on the Day of Pentecost

Evangelist at ‘Azusa Now’ event preached to a ‘perverse’ generation