They call them Seoul Sisters because these Korean golfers are taking over the Ladies Professional Golf Tour – and among their ranks are many Christians.

“The Korean players keep their faith closer to their chest. It’s not that they’re less evangelical, they just present it differently,” said Cris Stevens, who leads a Bible study on the LPGA.

For her success, she credits her parents and God.

“Having faith gives me a sense of belief, tranquility, serenity and comfort,” Ko said in Golf MRX. “It constantly brings me back to reality. We are all the same human beings at the end of the day, living in the same world.”

She’s perhaps the youngest success story among the LPGA Christians. One of the older LPGA stars is Mi-Hyun Kim, who retired in 2011. She had won eight LPGA events and her best major was second place in the Women’s British Open in 2001. She was one of the original four dubbed “Seoul Sisters.”

“Honestly, I made a lot of money in the United States on the LPGA Tour,” she said. “Most of time, I get the money here and donate to South Korea. But, I want to help people here, too. The win was a surprise for me, and I think God gave it to me like a special present or he is using me like, ‘okay, I give you this, but after that you give to help the people.” 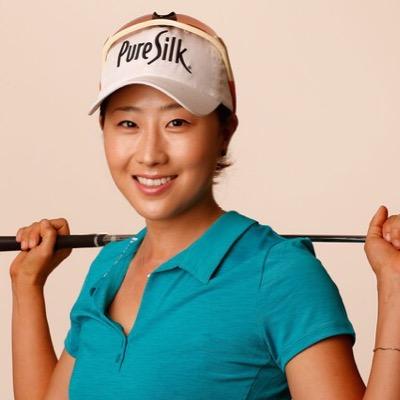 Stevens’ LPGA Bible study gets a lot of Koreans, but they seem to shy away from the flamboyant proclamations of faith of the type Bubba Watson is famous for. In part, that may be the culture, or it may be they’re afraid to mess up after publicly declaring their faith.

Michelle Vie, for example, is known as a follower of Jesus,  but makes Christians blush with her victory celebrations.

Park has won seven major championships. From April 2013 to June 2014, she was the #1 ranked player in the Women’s World Golf Rankings. Her success began after her move to the U.S. at age 12.

Jennifer Song made the opposite journey, from the U.S. to Korea. There, she attended the Taejon Christian International School, which teaches students to follow Christ, not religion.