Pastor Larry Wright was conducting a New Year’s Eve prayer service at his church in Fayetteville, North Carolina, when a man with a high-powered assault rifle entered at about 11:30 p.m.

Pastor Wright, who leads the Heal the Land Outreach Ministries, had just finished talking about senseless gun violence in their community.

The intruder had his gun in one hand and an ammo magazine with shiny rounds in the other.

Wright, a retired Army sergeant first class, initially wasn’t sure the weapon was real. “I’m the first person to see him and when I saw him, I thought it was a dummy gun, but then I saw the bullet clip in his hand and the bullets were shining,” he told CNN.

Immediately, panic set in and some of the 60 parishioners began to scream and run for the exits. Some church members thought the man was going to shoot up the church — another episode like the Charleston church shooting, according to Newsmax. 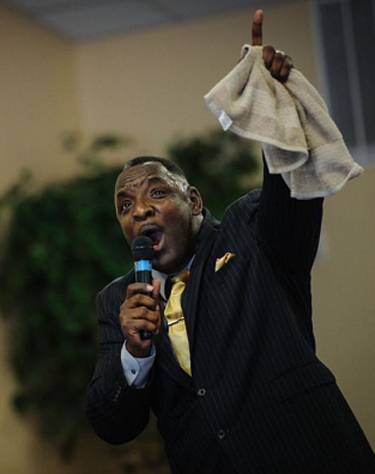 If he started to shoot, Pastor Wright planned to tackle him. Wright is fairly imposing himself, at 6-foot-2-inches and 230 pounds.

“Can I help you?'” Wright called out to the man, fearing the worst.

“Can you pray for me?” the man replied.

“I saw in his eyes hopelessness, hurt, pain, despair,” Pastor Wright recounts. “When he said that, then I knew everything was going to be all right.”

Wright walked slowly up to the man, reached out and took the rifle and handed it to a deacon. One by one, the deacon and three others hugged the man.

“And then I began to minister to him and pray to him and talk with him,” Wright told CNN.

It was 20 minutes before midnight, and Wright wanted to finish his New Year’s Eve message and do an altar call. He told the man to sit in the front row and stay there.

“I finished the message, I did the altar call and he stood right up, came up to the altar, and gave his life to Christ,” Wright told CNN. “I came down and prayed with him and we embraced. It was like a father embracing a son.”

Then the man asked to speak to the 60 people who remained. He apologized to them, telling them when he set out that evening he intended to do something terrible.

But the Lord spoke to him and told him to go to church before carrying out his destructive plan.

Churchgoers had phoned police when the man walked in carrying the rifle, and officers were waiting for him after the service. Wright believes police took the unidentified man to the hospital for a mental evaluation.

“It’s so hard to describe, to explain the excitement and love of God in the room. This man came in to do harm and he has given his life to Christ,” Wright told CNN.

After being escorted away, the man returned a few days later to thank Wright and the congregation. He faces no charges in connection to the incident. 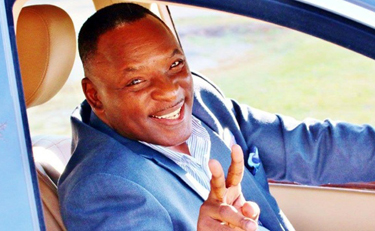 The man, who remains unidentified, said he is a military veteran struggling with PTSD, in part because he can’t afford the meds he’s been prescribed. He said his wife was recently diagnosed with a devastating disease, that they were struggling financially, and that the power had recently been shut off at his house.

The man also said he was a convicted felon and was given the gun.

The church would like to baptize the man if he returns Sunday.