Once more popular than the Beatles, Jewish-born singer Helen Shapiro believed all Christians were anti-Semitic after a boy at school accused her of crucifying Christ.

Shapiro got an early start in music fame as a teen and stormed through England’s top rankings in the 1960s. In 1961, the 14-year-old released her first hit “Don’t Treat Me like a Child,” which peaked at number three on British charts, according to an ASSIST News story by Charles Gardner.

In 1963, the Beatles were actually an opening act for her when they played together on tour. The Beatles’ first big hit “Please, Please Me” hit number one on that tour.

Shapiro also rose to the top of the charts with “Walking Back to Happiness.” Though she sang it, she didn’t really find true happiness for another 28 years.

As she rose to fame, she felt empty and cast around for something to believe in. Dabbling in New Age philosophy, she visited clairvoyants and spiritists.

By her late teens, her career as a pop singer began to decline. As beat music rose in popularity, along with newer female singers such as Dusty Springfield, Cilla Black, and Lulu, Shapiro seemed old-fashioned and characteristic of the bee-hived, pre-Beatles, 50s era.

In the 70s and early 80s she performed in stage musicals and jazz concerts. She played the role of Nancy in the

musical, Oliver! in London’s West End and made appearances on British television.

Then someone gave her the book Betrayed by Stan Telchin. As a leader of a Jewish community, Telchin was aghast when his daughter became a Christian. Feeling “betrayed” by her, Telchin embarked on a mission to demonstrate Jesus was a fraud by using the Old Testament.

Instead, he proved to himself beyond a reasonable doubt that Jesus was the genuine Jewish Messiah. The prophecies in the Jewish Scripture, he discovered, pointed invariably to Yeshua-Jesus.

“Isaiah 53 was about how He took our sin. I was gobsmacked,” Shapiro told Assist News. “And Daniel prophesied that the Messiah had to die before the temple was destroyed. It all seemed to point to Jesus.” 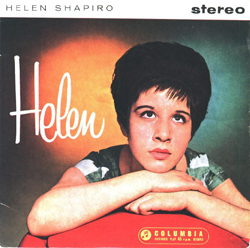 After seeing the prophecies, Shapiro ventured into dangerous territory. She read “the chunk on the end I’m not supposed to read,” she said, referring to the New Testament.

She was still half-expecting “anti-Jewish poison” based on her previous encounter with false Christians. Instead, she found that the Gospel of Matthew was “the most Jewish thing outside the Old Testament,” she said. She was shocked to discover it was not an anti-Jewish rant.

“Jesus rose up out of the pages of the New Testament to me and I fell in love with Him,” said Shapiro, born Jewish. “I was so taken with Him. He looked at people’s hearts and saw all the rubbish and yet still loved them. Even in his agony, He came out with gracious, comforting words. I saw that He was fulfilling one Messianic prophecy after another.”

Utterly astonished, she still wanted to be careful and not be duped. So to make sure that these were not misleading translations by unscrupulous English translators, she picked up a copy of the Tenach, the Hebrew Bible (Old Testament), to verify the translations, and she saw for herself that the Scripture was handled accurately, she said.

“There they were in all their glory,” she told ASSIST News.

“By the end of John I knew without a shadow of doubt that Jesus was the fulfillment of every Messianic prophecy,” Shapiro said. “I knew that He was the Jewish Messiah.”

Then, with the man who gave her the book Betrayed, she accepted Jesus as her Lord and Messiah on Aug. 26 1987.

“There were no lightning flashes, but somewhere inside I knew that I knew, and that there was no turning back,” Shapiro said. “The Creator and sustainer of the universe came to live in my life. I didn’t get religion. I got Jesus, and I love him.”

Sophia Chasen is a student at Lighthouse Christian Academy in Santa Monica.