By Petrina Gratton and Mark Ellis 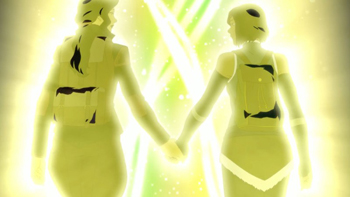 The cartoon “The Legend of Korra” ended its third season with the two heroines holding hands and disappearing into a mist, basically confirming a lesbian love relationship that previously was only implied.

Vanity Fair writer Joanna Robinson hailed the denouement as a triumph for gay rights. This was the “most subversive television event of the year,” she wrote.

Jeff Johnston, a Christian media watchdog, warned that gay storylines and characters are showing up increasingly in genres designed for kids, according to a story by Breaking Christian News. 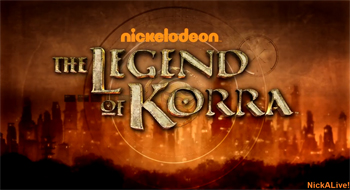 “There are definitely more gay and transgender characters and stories in children’s television,” said Johnston, an analyst for Focus on the Family. “We’ll only see more and more of this.”

Johnston feels that warning parents about confusing messages to kids is important because he himself struggled with same-sex attraction as a young man. “Television shows, books, and movies with sexually-confusing messages introduce children to falsehoods and immorality, and they create confusion and insecurity,” he said. “Children are not equipped to handle these adult themes.”

Another example is “Good Luck Charlie,” a popular Disney Channel children’s drama. One episode featured a lesbian couple bringing their child over for a play date.

In the highest grossing animated movie “Frozen,” there’s a veiled scene of a gay family. The mountaintop

shopkeeper offers a deal to use the sauna to Kristoff. He signals with his hand and says, “Hello, family!” and the scene flashes to a glass door, through which we view a man and four children waving back.

If you search YouTube for “Oaken Sauna Gay,” this scene will come up with comments from viewers who assert gay activity.

In the cartoon “Steven Universe,” the half-boy, half-alien protagonist is raised by three alien “gem” mothers, two of whom sustain romantic attraction. The lesbian website Autostraddle cheered the 2013 finale as “one of the queerest episodes of a children’s cartoon in the history of television.”

In a 2011 special report, “Cartoons are no Laughing Matter,” the Parents Television Council warned that cartoons are no longer “an innocent pastime. Animation can pose an inherent risk for children and teens. They can potentially trivialize and contribute to an atmosphere in which children view these depictions as normative and acceptable,” as reported by Breaking Christian News.