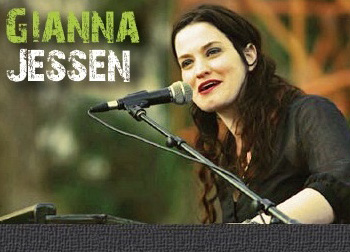 She was born weighing only two pounds, with cerebral palsy, and grotesque burn marks covering most of her body. But she should not have been born at all because she is one of a very few human beings to survive a saline abortion.

“After 18 hours of being burned in my mother’s womb, I was delivered alive in an abortion clinic in Los Angeles,” Gianna Jessen, 38, testified in a congressional hearing September 9th. “If abortion is about women’s rights, then what were mine?” she asked.

The House Judiciary Committee is probing Planned Parenthood’s activities related to the harvesting and sale of fetal body parts, based on 10 undercover videos released recently by the Center for Medical Progress.

Jessen, born at 30-weeks of pregnancy to a 17-year-old mom, became a pro-life activist after her adoptive mom conveyed the truth to her when she was 12.

“I am alive because of the Power of Jesus Christ alone. In whom I live, move, and have my being. Without Him I would have nothing; with Him, I have all,” Jessen said in her testimony.

“Thankfully, the abortionist was not at work yet,” she recounted to the committee. Her birth happened at 6 a.m., three hours ahead of the abortionist’s scheduled arrival. “If he had been there, he would have ended my life with strangulation, suffocation, or leaving me there to die. Instead a nurse called an ambulance, and I was rushed to the hospital.”

“There were many witnesses to my entry into this world,” she told the BBC. “My biological mother and other young girls at the clinic, who also awaited the death of their babies, were the first to greet me and I am told this was a hysterical moment.”

Jessen was hospitalized for three months before she was placed in foster care. She was adopted at the age of four.

Doctors discovered Jessen had cerebral palsy when she was 17-months-old, because her brain was starved of oxygen during the failed abortion. “The doctors said I was in a horrible state,” she told The Telegraph. “They said I would never be able to lift up my head, but eventually I did.

While Jessen has forgiven her biological mother, she has not developed a relationship with her. She remains very close to her adoptive mom, Dianna DePaul.

Jessen’s life was the inspiration for the movie “October Baby,” which grossed more than $5 million, and received high marks from many observers.