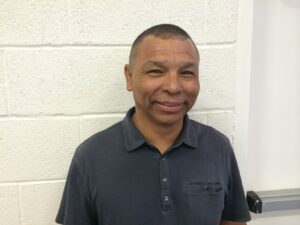 By age 14, Rosario “Chayo” Perez was stealing pickup trucks from Tucson and bringing them across the border, where mafiosos paid him $1,000 each.

When Chayo was 16, his best friend was murdered at his house on Christmas day. The killer was looking for Chayo to avenge some wrong. “But my friend took the hit and got killed,” he remarks grimly.

“Life was such a haze,” he recalls. “You’re high so much, drunk so much, that the reality of death doesn’t hit you.”

Once a group of fellow hoodlums, seeking revenge, left a man bloodied and nearly dead.

“I reached a point where I was sick and tired,” Chayo said. “I was living like an animal – just partying, drinking, using drugs and fighting.”

Then his older brother, Alex, got saved at a church that street-preached and evangelized earnestly.

“He would come witness to me while I was partying with my buddies,” Chayo said. “I started to get sick of him. I kept telling him to leave me alone.”

Then one time, Alex found Chayo drinking beer with his buddies. It was embarrassing for Chayo. The other guys started to make fun of Chayo for his brother. Chayo threatened him and told him to leave him alone. 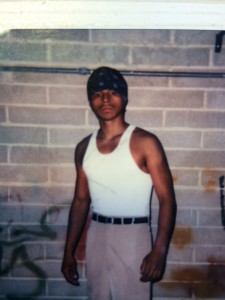 “He said, ‘Ok,’” Chayo recalls. “’But let me pray for you and if nothing happens, I’ll leave you alone.’ I put my beer down. He prayed for me, and the Holy Ghost came down. I started weeping. My friends were freaking out because I was weeping. It was something supernatural. Even to this day, I can’t explain it.”

In front of his friends, he tried to shake off the incident and re-assert his “manhood” with more drinking, but after a week, he knew he could no longer continue in that lifestyle.

“Something had happened in me,” Chayo says. “I had to go to church.”

His brother picked him up for the Sunday night service, and ever since then, it’s been forward with Jesus in fifth gear.

After five years of intensive discipleship and constant training in prayer and in the Word of God at the Door Church in Tucson, Chayo was announced to “pioneer” — start a church in San Diego in 2008.

“Pioneering is the hardest thing you could ever do and the most rewarding thing you could ever do,” he says. In seven years of evangelism and church services with converts like himself, Pastor Chayo left a credible work and moved on to another church in Albuquerque, New Mexico, in 2005, where he continues pastoring today. His church has planted and supports two start-up churches.

His brothers are getting saved, but his dad was murdered. When he got drunk, his father talked too much and named the names of mafia connections, so was silenced, Chayo says. 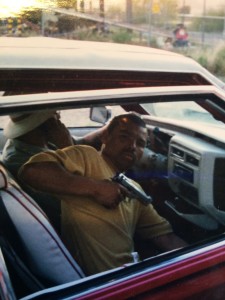 At 52 years old, Chayo is married with four children. He works a lot with hardened sinners, the kind of guys he was. On one Wednesday evening service, rival gang members outside his church got into a firefight. All the innocent bystanders rushed into his church seeking refuge.

“We had about 200 people in our church that night – and some of them got saved,” Chayo recalls.

“What happened to me was supernatural. There’s no logical explanation of how I could change,” Chayo says. “If you really step back and look at it, there’s no way to explain how I got saved.”