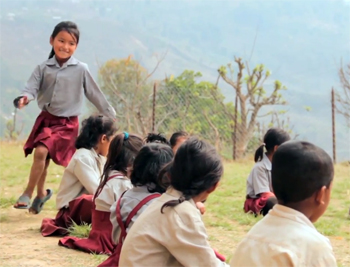 The church in Mongolia has seen spectacular growth since 1990 when the country moved from communism to a democratic form of government. At that time there were only four known Christians in the nation of 3 million.

Today the growth continues. Mongolia has the eighth-fastest growing church in the world, althoughOperation World indicates that evangelicals still represent only about 1.2 percent of the population.

Meanwhile, Christian radio is playing an increasingly important role in that growth. “Through radio, thousands of people now can hear the truth, and in this [once-communist] country—nearly void of religious influence for decades—people are listening,” said Sam Joseph, a Reach Beyond (formerly HCJB Global) radio planter who joined the mission with his wife, Brooke, earlier this year.

“I think the spiritual void left by communism has left people curious about Christianity,” he added. “I believe that hope is contagious, and many Mongolian people are finding that Christ is the greatest hope of all.”

The Josephs, along with John Brewer, engineering director of the Asia Pacific Region, worked with partner FEBC-Mongolia and local churches in late October to put a pair of 24-hour-a-day FM community stations on the air just two days apart. Both outlets rebroadcast programing from the original Christian FM station launched by FEBC in 2001 with help from Reach Beyond engineers.

The latest partnership was birthed as a result of a series of meetings with the Asia by Media (formerly Asia by Radio) group in early 2014.

“I asked our partner to share his vision for FEBC-Mongolia,” explained Asia Pacific Executive Director Ty Stakes. “It was an extremely exciting conversation—his vision and strategy ideas fit so clearly with ours, I knew it was more than a random meeting. In a very short time, we were discussing how we could join with them to help them fulfill their radio-planting vision for Mongolia, and we made an agreement.”

Joseph said the installation team overcame a plethora of obstacles, including a lack of advance planning and difficult weather conditions.

“If God were not working in our favor there is no way that those stations would be on air today,” Joseph noted. “We clearly saw the passion and love for the lost Mongolian people motivating the pastors we worked with, and they slaved to see the work completed. God also protected us from potential dangers working at height in frigid weather, and kept us healthy in spite of unusual foods and exhaustion.”

Local partners went beyond the call, working long hours to make the stations a reality. “The partner from FEBC is one of the most driven workers I’ve ever labored with, welding until 2 a.m. one day, freezing on a tower for five hours another day,” Joseph recounted. “The main pastor stayed up until 4 a.m. on his birthday to finish getting the studio ready for installation on time.”

“I have no doubt that the reason we were able to finish was largely due to their dedication and push-through attitude,” he said. Brooke Joseph also helped throughout the visit, such as documenting the trip by taking and organizing photos and even playing piano during the on-air ceremony at one of the new stations.

The head of FEBC-Mongolia said the programming on the new stations is aimed primarily at non-Christians. “Our partners are very eager to reach unsaved Mongolians, and their broadcasts reflect that eagerness,” Sam Joseph noted. “The programming is pre-evangelistic with popular, clean secular music and some talk radio interspersed with biblical truth and directions for learning more.”

“One unique thing they do in programming is provide all sorts of developmental and educational content on the stations, and then create home groups for seekers who meet regularly for nine months to study together,” said Stakes.

“They study the content more deeply, and also look into spiritual truth together. It’s quite effective, and more than 200 people [gather to hear the] station at a time in the capital. The call-in programs are apologetic in nature, attracting great interest by local people who do not know Jesus yet. Exciting stuff!”

Mongolia’s nearly treeless terrain is conducive to sending the FM signal long distances, and the Asia Pacific staff looks forward to helping establish many more stations in the future.

“Our plans are to continue to partner with them in coming years, expanding their reach to every provincial capital city in the country,” Stakes added. Mongolia has 21 provinces divided into 329 districts.