In response to requests from readers of the persecution news service I edit, Morning Star News, I’ll share how I handle dealing with so much horrific news that can leave one either despondent or desensitized.

The horror of some of the stories, along with the sense of helplessness they leave in their wake, can be wearying. I’ve heard many a reader sigh that they just don’t want to read it anymore; it’s too depressing. Imagine what it’s like, then, for a journalist to write about and edit it for 14 years. 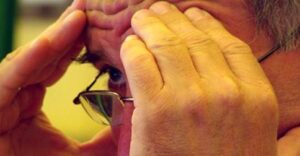 The incessant flow of bad news has led me to the only thing that can parry the effect of the continual buffeting of the soul – giving it over to God. Sometimes when my 19-month-old daughter falls asleep in my arms, I pray for parents in Nigeria whose children have been slain in their beds by Muslim extremists. When my 4-year-old son cries after falling down, sometimes I’m reminded later to send up a prayer for children in Somalia who cry out for mothers and fathers lost to murderous Islamists.

A slight chill wind might lead me to pray for Christians in North Korean labor camps who suffer icy temperatures day and night without adequate food, clothing and medicines.

The annual International Day of Prayer for the Persecuted Church (IDOP) in November reminds us that persecution news is meant to elicit prayer. But how to pray?

Without a Kingdom perspective, it’s difficult to imagine how to pray for people who have suffered beyond imagination. Theology is not just for beard-scratchers; one cannot read about, write about or pray for persecuted Christians for long without having one’s theological ducks in a row.

Putting the Kingdom of God front and center is crucial. When Christians suffer for their faith, Paul notes in 2 Cor. 4:17, it prepares them for an eternal weight of glory; thus such suffering displays the faith that adds weight to the Kingdom of God, both now and later. Jesus told Peter that upon such faith He would build His church (Matt. 6:18) in this world. In the same breath he said that faithful acts today, among other things – what we “bind on earth” – will be bound in the next world (Matt. 6:20); one example being faith to the point of suffering on earth redounding in glory in the heavenly Kingdom. 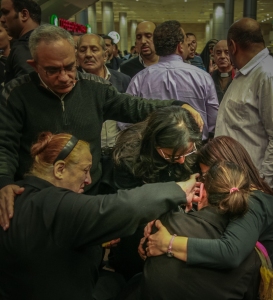 I pray God will draw close to those orphans in Somalia, Nigeria, Egypt, Pakistan, Kenya, India, Iraq, Colombia and other nations with the comfort of His presence, and I pray that those children will know the hope of embracing their parents anew on the other side. So also do I pray for the parents and other relatives who have suffered the brutal loss of their children, grandchildren, brothers and sisters, nieces and nephews. Lord, draw near to them in a tangible way, that Your presence would remove the sting of hopelessness from their grief, and that their hearts would be permeated with the faith that soon enough they will be reconciled to those for whom they now so ache.This foundation may be merely cerebral, but where the Kingdom expands, the evil that leaves us despondent or desensitized is diminished. And upon this foundation we can place the biblical authors’ more soulful assertions that God is the Father of mercies and God of all comfort (2 Cor. 1:3, for example); thus we can pray that the Lord console with His mere presence those who mourn. Paul also said in 2 Corinthians (4:14) that He who raised Jesus “will raise us also with Jesus and bring us with you into his presence.” On the premise that survivors ultimately will be brought into the presence of the Lord alongside their loved ones who have died, we can pray that those who mourn will feel the certainty of being restored to those they have lost.

To pray for the persecuted is to enter into their stories as Jesus entered into ours – incarnationally. So no need to shy away from praying with tears.

I’m not sure the heavenly rewards for martyrdom are much consolation to survivors left behind, but as described in the book of Revelation they do speak to the victory at the end of the Christian meta-narrative. That victory is part of the Kingdom. To each of the seven churches the Lord addresses in the first three chapters of Revelation, He includes rewards for those who “conquer” in faithful obedience, including steadfastness in persecution, and those rewards may give some indication of what God is preparing for brothers and sisters today who persevere in the face of temptation and persecution:

To the faithful in the church in Ephesus, “to eat of the tree of life, which is in the paradise of God.”

To the faithful in the church in Smyrna, “the one who conquers will not be hurt by the second death.”

To the faithful in the church in Pergamum, “I will give some of the hidden manna, and I will give him a white stone, with a new name written on the stone that no one knows except the one who receives it.”

To the faithful in the church in Thyatira, “authority over all the nations, and . . . I will give him the morning star.”

Perhaps more striking than these rewards is the description of the One giving them, “one like a son of man” with eyes “like a flame of fire,” and his voice “like the roar of many waters (Rev. 1:14-15).”To the faithful in the church in Laodicea, “I will grant him to sit with me on my throne, as I also conquered and sat down with my Father on his throne.”

It is for that “one like a son of man” that the young and the old in Christ are suffering today. If that figure were not also God who gave them the deposit of the Holy Spirit as a guarantee, they would have little impetus to remain faithful. It is to that God that we endeavor to intercede, and were He not the one who also suffered cruelty for their sake and ours, some of us might have little impetus to pray to Him.–Morning Star News