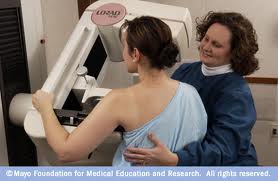 A scientific review conducted by Angela Lanfranchi, MD and Patrick Fagan, Ph.D. found that support for an abortion-breast cancer (ABC) link exists in current knowledge of breast physiology (as it is presented in standard medical texts), as well as epidemiological and experimental research. The review, published in Issues in Law and Medicine, is entitled, “Breast cancer and induced abortion: A comprehensive review of breast development and pathophysiology, the epidemiologic literature, and proposal for creation of databanks to elucidate all breast cancer risk factors.”[1]

Lanfranchi is Clinical Assistant Professor of Surgery at the Rutgers Robert Wood Johnson Medical School. Fagan is the Director of the Marriage and Religion Research Institute.

Among 72 epidemiological studies they reviewed, the authors explained:

The authors explained that surging pregnancy hormones (mostly estrogen) stimulate breast growth during the first months of pregnancy, leaving the breasts with an increase in cancer-susceptible Type 1 and Type 2 lobules (where most cancers are known to originate). If the mother carries her pregnancy to 32 weeks, her risk sharply declines because she has matured a sufficient number of lobules into permanently cancer-resistant Type 4 lobules; and she has acquired 90% of the risk reduction associated with a full term pregnancy. The authors said this evidence explains why other well-accepted reproductive risk factors raise risk including childlessness, premature birth before 32 weeks and second trimester miscarriages.[3]

The authors identified methods that are being used in gravely flawed studies that result in either an underestimate or the elimination of the risk: i.e., failure to follow women for a minimum of eight to 10 years after an abortion so that cancers are detectable; excluding breast cancer patients and women with histories of breast cancer; excluding consideration of women who died of the disease; confining their analyses to young women in their reproductive years; only comparing childless aborting women with childless never-pregnant women, instead of making the comparison with childbearing women (who are at reduced risk for breast cancer); and ignoring the effects of highly carcinogenic abortions (i.e., abortions occurring before first full term pregnancy, before age 18 or after age 30; abortions among women with a family history of breast cancer; and second trimester abortions).

The National Cancer Institute concluded after its 2003 workshop that abortion is not associated with breast cancer, but Lanfranchi and Fagan said the NCI’s conclusion contradicts not only epidemiological evidence of a link, but also accepted reproductive risks for breast cancer listed in standard texts including premature birth before 32 weeks gestation, delayed first full term pregnancy and childlessness.[4]

The authors analyzed the evidence in light of the nine criteria that Sir Austin Bradford Hill recommended in 1965. These guidelines are used to help determine whether a cause-effect relationship exists between a potential risk factor and a disease. After demonstrating that all nine criteria have been met, Lanfranchi and Fagan concluded:

“We see that many studies of induced abortion demonstrate significant associations, across multiple cultures and with some apparent specificity of cause (hormone exposure). The association manifests itself in the appropriate order, demonstrates a dose effect, is biologically plausible and coherent with existing science and has been demonstrated by analogy.”[5]

ABC link critics claim that recall bias is a flaw in research supporting a link, but they conveniently ignore studies that are free of any possibility of recall bias, including a prospective study on women in New York and two ecological studies.[6-8] Lanfranchi and Fagan called the recall bias hypothesis “unproven.”

In order to expand knowledge of the link, the authors recommended the establishment of a tissue bank and the development of a research data network located in existing mammography screening centers that would collect standardized data on forms concerning women’s reproductive, hormonal and breast histories that would include all potential risk factors.

The Coalition on Abortion/Breast Cancer is an international women’s organization founded to protect the health and save the lives of women by educating and providing information on abortion as a risk factor for breast cancer.