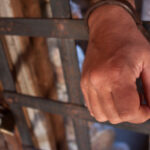 You would be very surprised at the answer when those who have been persecuted for their Christian faith around the world are asked (whether in prison, have lost family and homes, have been beaten and abused and face death, or whose loved ones have been martyred): “how would you like the rest of the Church to pray for you?”

International Christian Concern (ICC) reports that a church in Morocco was surrounded by police recently. Then all believers, including mothers and children, were taken to the police station where they were interrogated for 24 hours. The surveillance by police continues presently, however the pastor finds good and speaks faith in the midst of the chaos.

He says: “Everywhere I went I saw policemen. They wanted to show that they were (watching) us all the time, especially behind me. They tried to create family problems for church members. They tried to push the members of the congregation to accuse me that I am using money or bribes to convince them to become Christian. But no one accepted their plots. No one denied their faith. It was a wonderful time, a wonderful experience. Even though it was bad, it was wonderful.”

That same pastor reports that changes had to be made by all Christian churches in Morocco in the past few years such as the need to meet only in house churches. But he says that it has been a blessing because attention has been paid by the media to the plight of Christians and the lack of religious freedom in Morocco, bringing attention to Christianity.

The pastor reports: “We have seen some leaders who cut themselves off because they are afraid. There are some members who left the church, but we have seen many others who came to the Lord. It has been like Romans 8:28.”

When ICC asked the pastor in Morocco what message he would like to give to the American church, it was: “First, we need from the American Church a lot of prayer. We need that God will work more and more here in our country. We need to pray for people to see more and more dreams and know Jesus, the real God.”

Pastor Saeed Abedini has been imprisoned and tortured in Iran since Sept. 26, 2012 and nearly died. Born in Iran, Saeed returned there from the U.S. to begin to help Iran’s churches and was subsequently detained by the government. He told them that his love for his homeland and the Iranian people compelled him to “do something.”

The government asked him to stop preaching and start a humanitarian work, so he established an orphanage. However, he was later arrested after doing what the government had asked and had allowed him to do. He was taken by the Iranian Revolutionary Guard to Evin prison, one of the worst prisons in the world.

Saeed has written to his wife and explained that he has been grateful to see many give their hearts to Christ in prison. Saeed writes: “This has been very hard, but spiritually it is the best time in my life. I wouldn’t trade it for anything.”

Saeed’s wife Naghmeh Abedini reports that Iran’s brutality and violation of human rights to Christians has opened her eyes to the “realities of injustice and suffering too many people endure.” She says this trial has compelled her to travel the world and speak out for the persecuted, even to the United Nations. She says she can no longer keep silent.

Naghmeh continues to report that some of those in prison with her husband have shared with their families letters like this excerpt: “The ten year prison sentence or the death penalty, it means nothing anymore! We don’t feel like we are in prison anymore. The walls don’t feel like walls because we found freedom in Christ!”

Raising her children alone, with her husband in prison halfway around the world and with the threat of death surrounding him always, Saeed’s wife feels her life has changed for the better. “It has been amazing knowing that the Lord has counted our family worthy enough to send Saeed to a dark place that he would be able to share with people who are in complete despair.”

She adds that “those times that were going well,” before the imprisonment, “were scary because I was not desperate for God. Now I realize I have to have God in my life to survive. I have to cling to Him. I need Him to even breathe. I’m happy because of that. I feel like I am tasting heaven.”

Another imprisoned brother in Christ, Kenneth Bae, has been in the headlines around the world because of being an American imprisoned in North Korea since Nov. 2012. Kenneth had been taking legally registered tour buses into North Korea, and on the 18th tour was detained for allegedly “plotting to overthrow the government.”  This was all due to a sermon he preached in the United States years before. He was sentenced to 15 years of hard labor. Diabetic, he was hospitalized and in bad health for a time. His sister, Terri, reports that Kenneth said his time with God has been “great”.

She added that “He firmly believes that there is a purpose to all this, that God is using him for a larger reason.” She also states that her brother’s love and concern for the North Korean people has not diminished.

This does not diminish the harshness and inhumane treatment those who are persecuted have endured. It shows all the more how deeply grateful these saints are for their salvation and the depth of their devotion. We pray that all of us in the Christian Church would all be so dedicated.

We must continue to pray for the persecuted church around the world in over 60 countries. However, please pray as they would ask: for grace that they would be strong and able to witness to others while there. We must also pray, as they have asked, for their captors and the governments to which they are subjected – for salvations and that radical changes are made for religious freedom in those countries.