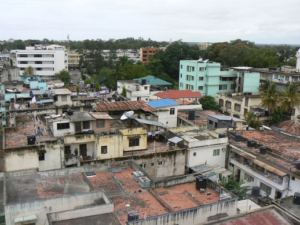 An assistant pastor at a church in Mombasa, Kenya was killed on Feb. 2 while guarding his church during the  night.

Senior pastor Andrew Msumbi Kioko told World Watch Monitor that no arrests have been made but police are investigating.

“It is very hard for me because we worked very closely together,” said Kioko. “His family has been hit very hard. All of us, the family and congregants, need prayers as we grieve his loss – we need God’s comfort. Please pray for us.”

Kadenge leaves behind a wife, Lydia, and 13 children. His burial is scheduled for Feb. 8.

The motives for the murder remain unknown, but there are suspicions that it may be related to the recent Mombasa riots.

The situation in Kenya’s second largest city remains tense after riots last weekend, in which one person died and many were injured.

Police had stormed the controversial Musa mosque in the Majengo area of the city in an attempt to stop alleged jihad classes.

In protest, angry youths barricaded roads and stoned vehicles. Police arrested 125 youths, who will be kept in custody until Feb. 7 to allow police to complete investigations.

The government said on Feb. 4 that it is considering closing the Musa and Sakina mosques for being associated with extremist preaching and Al-Shabaab recruitment.

Please pray for the family and congregation of the pastor who we believe was martyred and Mombasa, Kenya.– World Watch Monitor