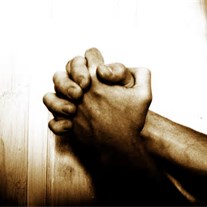 Ramadan, the ninth month of the Islamic calendar and the month in which Muslims believe the Quran was revealed, takes place this year from July 10 to August 7.

Muslims all over the world fast and offer extra prayers, fervently as they believe their prophet Muhammad told his followers that there would be an open heaven and  the gates of hell would be closed during this month.

As Muslims believe that throughout the year, bowing and praying in submission to God five times per day is the dividing line between believer and non-believer. Don’t we all wish that Christians would be so dedicated to pray this often to the one true and living God?

Let us all humbly pray during Ramadan, as prayers are going up in counterfeit contradiction to the Lord God Almighty, with even more fervency and fasting.

The following are prayer point suggestions to pray especially during this season: