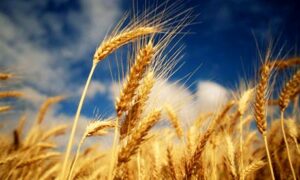 What is God asking of this generation of believers? We have one simple priority according to the Scriptures: take the gospel of the kingdom to every nation, tribe, people and language (Matt 24:14, Rev 5:9). This is the only thing on heaven’s agenda! How is it that we get so distracted by so many things that have little to do with this priority? No doubt they are all good things, but added up together, all these little good things can keep us away from the main thing.

We have a clear and simple message to deliver in every language under heaven: the King of Kings is coming and with him a Kingdom that will never end. That’s all we’re suppossed to be doing! Jesus says, when you get that done, I’ll be here. To some this may sound a bit radical to have this one focus in life. To Jesus and his disciples and all the host of heaven, it’s not radical at all. It’s just normal.

Please keep the following projects in prayer over the coming months:

1. Light the Window: Beginning in 2014 we will be launching a seven year prayer campaign for the 10/40 Window which will mobilize and equip 10 million intercessors around the world. Each month will focus on a particular region of the 10/40 Window, such as Central Asia, the Middle East, etc. Please pray for the funds that need to be raised for the initiative, the formation of the team which will administrate it (now six members, but will expand to 20), and for the production of the necessary resources to launch the campaign in January 2014.

2. Ghana 2013: This summer I will be assisting in the organizing of a meeting in Ghana which will bring together 1,000 church and mission leaders in Africa to strategize together concerning the unfinished task on the continent. We believe that Africa will become the first continent in history to see all of its unreached peoples engaged by missionary teams and fully discipled in one generation. (More information can be found here: www.ghana2013.org).

3. Last Mile Calling: I am coordinating the programming and prototyping of an online social networking tool for engaging unreached peoples called Last Mile Calling. The purpose of this project is to see teams come together to adopt, pray and reach a specific unreached people group. It is our intention to bring this project from beta-testing to full launch this year. Pray that all might go smoothly in this transition.

4. Brazilian Adoption of the Arab World- The largest evangelical denomination in the world, the Assemblies of God in Brazil (200,000 churches), has invited us to equip them to pray for the Arab world. This is a huge opportunity for the Kingdom. Pray for spiritual protection and for all the necessary funding (over $1 million will be needed).

An Insight from the Word

What is the Kingdom of God like? Jesus often asked this question of his followers. The kingdom of God operates much differently than the world system we are accustomed to. God’s Kingdom is based on giving. The world is based on taking. In the Kingdom of God everyone gives to everyone else to supply their need. What this means may come as a surprise: If you need something in God’s kingdom, you must rely on someone else to give it to you. Paul writes, “What do you have that you have not received?” (1 Cor 4:7) Ultimately, every eternal thing we possess is a gift. In God’s economy, he has so designed it that we cannot possess anything of any real value without receiving it from someone else.

May the Lord greatly enrich and bless your life in this season as you seek first his Kingdom and press on in his will for this generation!