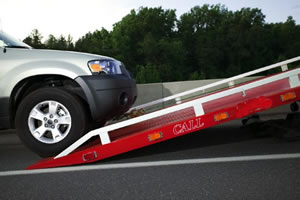 They sent a truck driven by Muhammad, a recent immigrant from Iran. Unable to get the car to run, Muhammad hoisted the car on the back of the tow truck.

As they rode together to a service station, Mounir asked, “So, how are things going in Iran?” Muhammad launched into a litany of problems and concerns plaguing his former country.

After listening for a bit, Mounir said, “I don’t really know much about this terrible situation, but the one thing I really DO know is that Jesus loves you.”

Mounir then shared his dramatic testimony with Muhammad. He told the young immigrant how Jesus appeared to him as he lay in bed at St. Joseph’s Hospital in Southern California after having his entire cancer-ridden colon removed.

In the depths of his fear and concern over his health, Mounir awakened to see a bright light enter his hospital room. It was Jesus, the one known as Issa in the Quran!

Jesus sat on his bed, touched him and assured Mounir he would be healed.  Mounir was healed, and he gratefully accepted Jesus as his Savior and Lord.

After Mounir finished recounting his story, he looked over at Muhammad. There was no visible or audible reaction. Muhammad stared straight ahead at the freeway, his face set like flint. He doesn’t seem to be impressed at all, Mounir thought.

Mounir thanked Muhammad for his help, gave him a tip and a JESUS DVD in Farsi (the language of Iran) and encouraged him to learn about the Great Physician and healer, Jesus Christ.

A year later, Mounir attended an international Christmas dinner at a large church in Southern California.  As he entered the church, a man in a dark suit approached him.

The man embraced Mounir with a big hug and said, “Mounir, I love you, man.”

Mounir looked at the man in astonishment and asked, “Do I know you? Who brought you here?”

It was Muhammad, the tow truck driver who helped Mounir earlier! “Do you remember the DVD gift?” Muhammad asked. “My wife watched the movie and found the truth. She prayed the prayer and gave her life to Jesus. I came home one night and she was crying about the great movie and how it touched her life. I told her that she was crazy!”

Muhammad forgot about the DVD, but he noticed after a few months that his wife seemed very different, like a new person.

“I asked her what had happened,” Muhammad recalls. “She reminded me about the movie and how Jesus can change and heal you. She wanted me to belong to Jesus, too. I agreed to watch the movie. She prayed for me as we watched. The movie touched me, also. I confessed my sin and prayed for Jesus to change me.”

Muhammad found the truth, and the truth set him free. Muhammad and his wife became followers of Jesus and now attend an Iranian Christian church in Southern California.

You can give a JESUS DVD to an immigrant friend you know.  For more information visit www.ReachingTheNationsAmongUs.org.