Don Reznicek felt compelled to take a hike on September 22, the autumnal equinox which marks the first day of fall. His inquisitive spiritual nature attaches significance to such dates, when he feels the “veil” between heaven and earth is at its thinnest.

While he shies away from the New Age label, his background combines Christian teachings, Eastern religions, and a current fascination with channeling angelic beings. “I want to find similarities in all the religious traditions,” Don explains. He is a licensed acupuncturist, herbalist, certified massage therapist, and qigong practitioner.

“I have a connection to the angelic realm,” he notes. “I listen to a lot of messages from people who claim to channel angels.”

He feels close to the Archangels Michael and Raphael, but reserves a special place for Jesus Christ. “I am extremely close to Christ,” he maintains, “but I struggle with the way his life and teachings have been portrayed.”

Don’s three-hour hike on September 22 took him to an area surrounded by nature preserves, at the edge of San Rafael. “I was two hours into my hike and I was getting a little tired,” he recounts.

“I stood up and had a flash of inspiration: Why don’t you direct your iPhone up toward the sun and take a picture.” 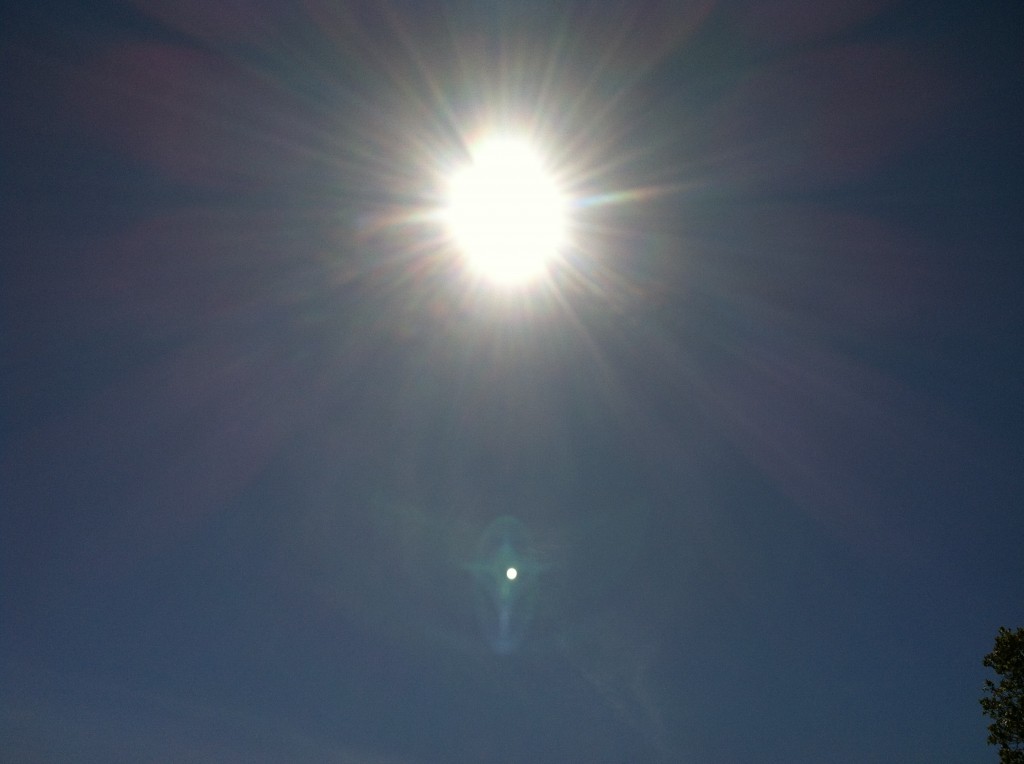 It was a cloudless day with blazing sun, about 2:00 p.m. “The photo I took was minimized in my screen so all I saw was the sun and a white speck,” Don notes.

When he noticed the white speck, he thought a small fragment of dust had settled on his lens. “I took the edge of my shirt and tried to clean it.”

He was shocked when he downloaded the photo on his computer and saw something completely unexpected. “It was not a white speck, but a very clear white orb, which was not on any of the other pictures,” he explains.

“It had an amazing silhouette, which looked like a diamond shape with an oval orb around it.” Don also sees wings sprouting from the orb.

Don is also open to the suggestion the image resembles the cross of Christ. “There are intersecting lines within the diamond,” he says. “You could pull out a cross pretty easily.”

Is it the cross of Christ, the Archangel Raphael, a celestial orb, or just a smudge on his lens? Don likes to think he was used in a special way on the autumnal equinox. “Through my meditation and prayers I get thoughts and messages,” he says. “It’s becoming clear that I’m a bit of a channel myself.”

Abuse victim had to expel ‘seaweed’ choking his soul