At the memorial service Feb. 4th for beloved Latin American Christian broadcaster Hermano Pablo, this story was noted as one of 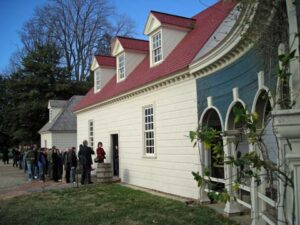 his favorites, from “A Message to the Conscience”

It happened in 1951, and I have never been able to forget the impression it made on me. My wife and I were visiting the home of an uncle of mine whom we had not seen in years. His wife, my Aunt Eva, was sick with that most dreaded disease: cancer. She had already endured an operation, but due to the advanced state of the cancer, they had been unable to keep it from spreading.

During our visit, that lasted a week, she never showed any signs of pain. On the contrary, she often laughed and performed her tasks with gladness.

One day I asked my uncle how she was able to cope so well with such an illness. “It’s as if she lives in another world, Pablo,” he answered me. “She is seriously ill, and has constant pain, but never complains, even when we’re alone. Instead, what she has is a very vibrant and genuine hope.”

So I asked him, “Is it that she believes she’s going to be healed?”

“Oh, no!” he answered me. “On the contrary, she knows that she’s going to die. Her hope consists in the other life. She’s kind of anxious to die: like someone who’s going on vacation, and can’t wait because it’s almost time to leave.”

That left me feeling weak. I knew the hope he was talking about, but had never felt it first-hand, especially in my own family.

The day that we left, they were at the door, saying a final good-bye. Suddenly, my aunt said, “Paul, I want to sing for you before you leave.” She didn’t have the voice of a singer, but there seemed to be a song in her heart, so she began to sing the song: “I have my mansion on the other side of the river. / and my Jesus is waiting for me expectantly. / So I’m not sad, although I keep suffering. / Because I know that I’ll soon have my reward.”

When she finished singing, I had a big lump in my throat. I felt like that good-bye was really the last one. I turned away to hide the overwhelming sadness I was feeling, we got into our car, and left. Six months later, my Aunt Eva died, that is she left, because for a person with such vibrant faith, it’s not a matter of dying, but moving from one place to another.

My friend, you and I were created, as members of the human race, to live forever, and God wants us to spend eternity with Him. That hope can be your hope, Jesus told his disciples: “I am going to prepare a place for you…that you also may be where I am.” (John 14:2-3). The Apostle Paul wrote, “To me to live is Christ and to die is gain.” (Philippians 1:21).

Friend, accept this source of hope. Christ wants to be your Savior. We don’t have to be afraid of death; on the contrary, we can wait for it expectantly. When Christ is in our hearts, and we are truly redeemed by Him, death is a step that leads to eternal life. Receive Christ as your Savior.

Do you want to receive Him now? Here are four steps…