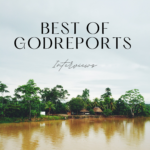 He was a Palestinian fighter trained to kill Jews.  His hatred was so strong he dreamed of poisoning Jews who frequented the restaurant where he worked.

“I hated the Jewish people,” says Taysir Abu Saada (“Tass”), founder of Seeds of Hope, a humanitarian organization operating in the Middle East. His objective is to bring long-term change to families through education, economic development, cultural exchange, and humanitarian aid.

He was born in the Gaza Strip and grew up in Saudi Arabia under Muslim teachings. Trained as a sniper by the Fatah movement to kill Jews, he even instructed children about their duty to fight and kill Israelis.

Tass left the cauldron of the Middle East in search of a better life in America. After he arrived in the U.S., he worked in the hotel and restaurant industries in Kansas City, Missouri, where he dreamed of poisoning Jewish clientele.  “These Jewish customers loved me, but I couldn’t find any liking for them at all,” Tass says.

At one Kansas City restaurant he met an American named Charlie Sharpe. “He was the first customer I served as a busboy who was kind enough to thank me for clearing his dish, which touched my heart,” Tass recalls.  “From that time on I made a decision to take good care of this man.”

One day Sharpe spoke to Tass about a “spiritual connection” he enjoyed, which brought miraculous blessings and peace.  Weeks went by as Tass pondered what this connection might be.  He begged Sharpe to give him the secret.

Sharpe told him, “Tass, to have the peace that I have you must love a Jew.”

Tass was taken aback by this remark.  “I hate these people—you know how I feel about them,” he said.

“What do you know about Jesus Christ?” Sharpe asked.

“I know Jesus—he’s a prophet,” Tass replied.  “As Muslims we believe in him.”

“No way!” Tass said, as he stood up, starting to leave.  Sharpe told Tass to settle down as he grabbed a Bible and placed it between the two men. “The minute he put the Bible between the two of us it was like something powerful just shook me and threw me away from it,” Tass recalls.

“Why did you jump?” Sharpe asked.

“I can’t touch that,” Tass replied.

“No, it’s the Word of God and it’s God and the name of God is in it.”  Tass’s admission stunned Sharpe momentarily.

“So you believe this is the Word of God?” Sharpe asked.

“Yes,” Tass replied, as Sharpe reached for the Bible.

“Let me tell you what the Word of God says about Jesus Christ,” Sharpe said, as he began to read from the first chapter of the Book of John.  ‘In the beginning was the Word…’

“When he started reading,” Tass says, “I started shaking and I lost control and the next I know I’m on my knees on the floor with my hands lifted up, inviting Christ to be my Lord and Savior,” he says.  “I felt like a mountain lifted off my shoulder and a joy and peace came into my heart I never experienced before.”