In high school, Charlie Forman was a chanting Buddhist. Then he took LSD, read Carlos Castaneda and hoped to meet a Yaqui Indian witchcraft guide. But because he was high or drunk every day, he joined the Air Force to clean up his act.

“Nothing really worked,” he says.

Stationed at a radar site in the Philippines, he fell back into partying. “A lot of the officers partied like we did. I got in trouble; there were some drugs in my car.”

When he returned Stateside to Nellis Air Force Base, he was supposed to report to the Social Action of the Air Force to continue his rehabilitation. But his records took forever to catch up to him, and he didn’t mind because he didn’t want to be known as a dopehead.

What he did do was work hard and steer clear of drugs and alcohol. He wanted to go straight “but life was so boring. There was no purpose,” he says.

Ever since his mom died of cancer when he was seven-years-old, Charlie was on a quest to find the meaning of life. One thing he knew for sure, “it wasn’t Christianity. It was something mystical, maybe Transcendental Meditation.” 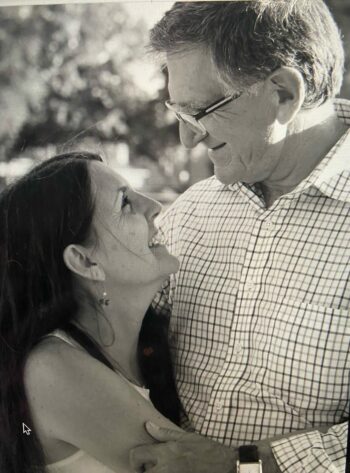 That’s when a man came into his barracks and shared his testimony.

“I was listening to Pink Floyd, “Charlie recalls. “I wasn’t really interested. This guy started talking and was fighting with the noise, so he asked if could turn it down. He seemed like a nice guy, so I turned it off. And listened. I really related to him. He had gone through similar experiences like me.”

“It was incredible. I felt like I was high. I had joy and peace. Immediately I was delivered from the drugs. Whereas before I had tried to quit and fell back, I was completely delivered. I had no interest in drugs. I was sauced on Jesus.” 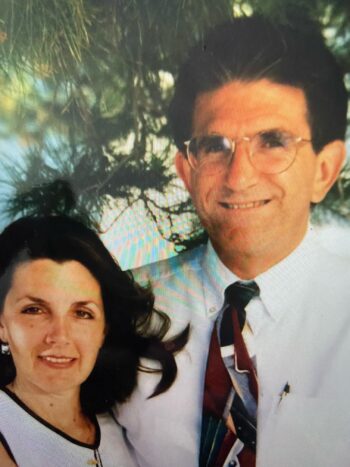 In the Air Force, he was given the job of keeping and clarifying bombing range scheduling for pilots, a job that required three telephone calls a day “if it was a busy day.” The rest of the time, he read his bible voraciously.

But when he married his Filipina girlfriend and brought her to the United States while he was still in the Air Force, things went sour. At first, she got “truly and wonderfully saved. God just whacked her,” Charlie says.

“But she held on to a lot of things from Catholicism. She would not let go of the idea that you shouldn’t be fanatical about God, and she was insanely jealous,” Charlie says.

When he got out of the Air Force, Syvia decided she wanted an airman so she could go back and forth to the Philippines. One day she came home with a hickey. Charlie encouraged her he could forgive her if she would stop. 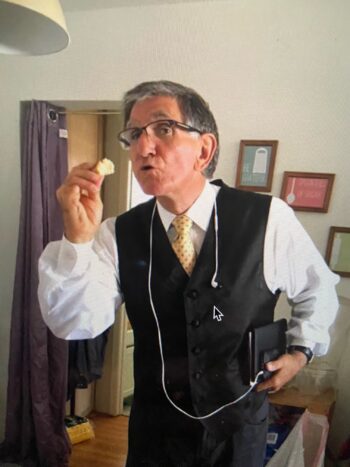 Instead, she divorced him.

Charlie was in Stockton, CA, at the time and started to feel the call to pastor. All he knew was Life Bible College in Los Angeles. He attended in his native Santa Monica the Lighthouse Church, where they had a vision for church planting.

He met Dawn, a single mom whose kid was impressively smart. She was hot, but when Charlie asked her out, she turned him down. “I kept pursuing her,” he says.

“Eventually we started talking,” he says. “The third time I asked her out, she said Yes.”

Charlie learned real estate appraising. Not long after marrying Dawn, he set out to pastor a church in Little Rock, CA.

But the big assignment came when they entertained the notion of going to France in 2001. Their group of church, the Christian Fellowship Ministries, a church-planting movement, had not yet scratched the surface of France.

CFM had fired revival in the Philippines, West Africa, Mexico, South Africa. They had made significant inroads into Holland and England and had even opened church in Russia, the Eastern Block and even China. 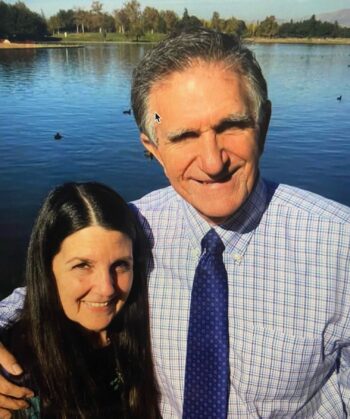 But France was the equivalent of the 10-40 Window of Europe, super hard soil. A secularized nation where atheism was promoted massively from the French Revolution oneward, France was seen as a holy grail. It would be a hard-go in terms of evangelism, and it would be expensive in terms of support.

The project met opposition from a contingent of 100 people in the Lighthouse Church of Santa Monica, who emerged in opposition to the head pastor’s vision for church planting. Those church members thought Lighthouse should spend on inhouse projects, on themselves. They alligned themselves against the France church plant.

One day, a sister came up to Charlie in Santa Monica and demanded he talk in French. She was trying to prove that Charlie was the wrong man for the job and latched on his formative French as evidence.

Charlie was taken aback and said in French: “What do you want me to say?”

As it played out, those 100 or so church members left the church. They took their tithing with them, which made the church launch all the more unattainable.

But in 2001, Charlie and Dawn went to France and served in Marseille for 8-and-a-half years. It wasn’t easy, but they were in CFM the “first in.” Today there are two churches in France, both in Marseille.

Today, Charlie is an evangelist and an Uber Black driver. He has four kids.