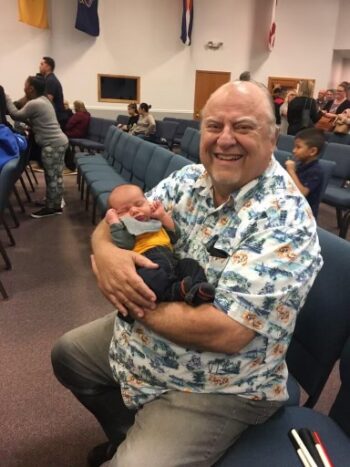 George Rose’s grandma clashed with his mom while the 5-year-old was listening.

“Cookie, what are you bringing these men home for?” she said.

“You’re a MARRIED woman,” Grandma answered. “You have no business bringing these men home.”

When Dad got home, he packed their belongings and drove George and his little sister to the shelter where he dumped them off.

Mom was too busy with other men to visit. Months later, George and his sister returned to Mom, but her current lover said: “Get these kids out of her. Either they go or I go.”

A co-worker of Mom took the kids in and raised them. “You want my kids, Rose?” Mom asked Rosalie. “I’ve got no use for them.”

Rose and her husband (she married a man, no cap, whose last name was Rose) became the adopted parents. That was George’s upbringing in Rochester, New York, during the 50s. Rose was a Sunday School superintendent in the Presbyterian church who read her Bible regularly. 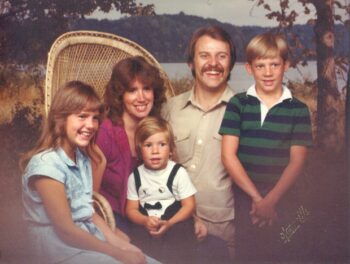 One day, she stumbled across the verse, “Except you repent, you shall also perish.” Tears streamed down her face. She became born-again and immediately started incorporating a vibrant understanding of the Word into her teaching. This rankled the religious elders of the liturgical church.

“We don’t need your slaughterhouse religion here,” they told her. She got fired from the superintendent position. They found a new church.

A sufferer of migraines, Rose consumed half a bottle of Aspirins until God healed her at a Pentecostal church. The preacher prophesied from the pulpit: “There’s a woman visiting for the first time. You suffer from migraines. In fact, you told God that if he didn’t heal you within the week, you’d take your life.”

The hair-raisingly accurate prophecy was followed by a miraculous healing. She never suffered again. Despite this undeniable experience with the power of God, George drifted away during the tumultuous 60s wanting to experience his fair share of “sex, drugs and rock & roll.” 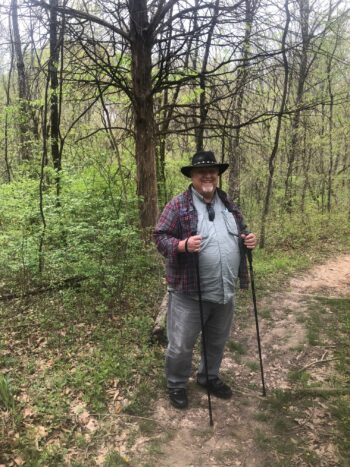 “I should’ve known better,” he admits.

He graduated high school right in the middle of the Vietnam War and lucked out to escape the draft by one day. At 18, he married his teenage sweetheart whom he’d met at a church camp right after his girlfriend broke up with him. “Can I have you?” the girl said, when he let her know about the breakup.

Fraught with drinking and cussing, his marriage was headed to failure. In the Air Force in Arizona, George went to church so that his marriage wouldn’t wind up like his parents’.

“God took that bright light of the gospel and shined in the dark recesses of my heart where all the ugly things lived, all the things I’d done that were secret. I knew I deserved Hell,” says George, now 70. “I cried out for mercy, and he heard me.

“I had carried my sin for so long I thought it was part of me,” he adds. “But the moment I got saved, it was so liberating and so powerful. I feel clean and whole. I had joy. I went home and poured out my 25 bottles of liquor. God had taken up residence in my life and changed me fundamentally.”

He was immediately delivered from cussing. Smoking took a few weeks to shed.

His wife wasn’t so enthusiastic about his newfound faith. She refused to go with him to church. George stubbornly insisted. The discussion ended when he picked her up and carried her over his shoulder to the car. She was in her pajamas. 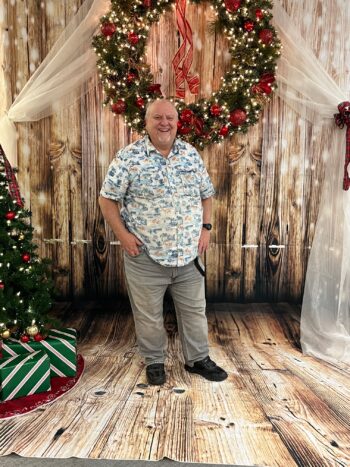 “Alright, alright, I’ll go,” she relented. “Just let me put on my clothes.”

But it wasn’t until a year later that she really found Jesus. “We had a really colorful past and did a lot of things you don’t say,” George says. “She felt like God couldn’t forgive her.”

At George’s suggestion, she went into the room and prayed non-stop seeking God’s touch.

It only took five minutes. She started sobbing. She emerged half an hour later with mascara stains on her cheeks.

“God gave me a vision of Jesus on the cross,” she explained. “He looked at me and saw everything I ever did. He didn’t look at me with condemnation but with compassion and love despite everything I’d done.”

She was a changed woman from that moment.

George has been a faithful saint since then. His wife passed away from cancer 11 years ago. His church, which started as a storefront in Chandler, now hosts 700 attendees regularly and has planted dozens of churches across America and around the world.