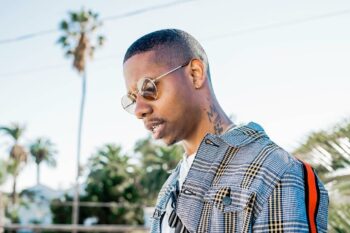 Never mind that driving him towards suicide were demonic voices, schizophrenic episodes, and the opposition of his family. What bothered Adrien Lamont in the Bible conference – where he had gone seeking deliverance – was that there was only one other black person.

Fortunately, she came straight over to Adrien with a prophetic word: “God sees what you’ve been doing and how you’ve been chasing after him, and he’s so proud of you and he loves you and all the people that have done you wrong and called you crazy are gonna see what God is doing in your life in the direction that he’s taking you and they’re all gonna apologize.”

Adrien stayed and received intensive prayer. The deliverance was decisive. Today Adrien is a rising star in Christian Hip Hop, though his music is oriented more to the street than the pew, a rough-edged message of salvation, not cleared for Sunday School.

Adrien Lamont’s father abused heroin and died when he was young, so Mom did her best to raise him. Grandma was the driving force behind church attendance, but Adrien never developed a personal relationship with Jesus. 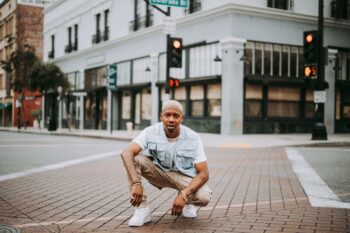 He was drawn to music and wanted to make it big. As he searched for his identity, he began drinking, smoking weed and using other drugs. He also liked to wear a brand of clothing with occult symbols. Today he says those symbols opened him up to demonic interference.

“I was really involved in satanic imagery and satanic clothing,” he says on Testimony Stories, a YouTube channel that focuses on Christian rappers. “It got to a point where all these things I was surrounding myself, started to affect my spirit. I realize now in hindsight that a lot of those garments and things I was wearing actually had demonic forces on them.”

He had a ring that every time he took it off and put it back on, he felt like a different person.

Connected with the producer, he began his path to stardom in secular rap. 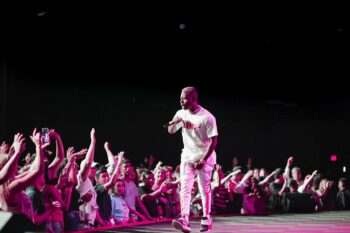 “I remember just getting very high and drunk one day and I remember him telling me about all these satanic rituals and blood sacrifice and sacrificing his daughter,” Adrien says. “Under the laptop we were recording on, there was a Ouija board. I felt like I was demon possessed and that demons were speaking out of me into the microphone.”

On that day, he says he felt Satan’s presence. Words were impressed into his mind.

“He asked me if I wanted to sell my soul to Satan,” Adrien relates. 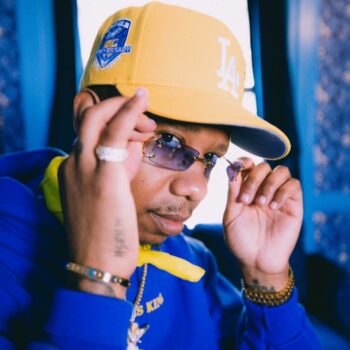 The rest of the night, he felt a darkness he had never experienced.

Hours later, he was listening to his recording when his computer “glitched.” Up popped another musician who shared his testimony about how demons came out of him and how he ran to his mother, who had a shotgun in her hand. He was saved from evil.

Adriend couldn’t explain the sudden, mysterious site change on his screen. He knew he needed to leave Hollywood immediately and return to his mom, who was living in Long Beach. Early next morning, he wandered around Hollywood asking for a phone to call Mom. Eventually, he got an Uber home.

Immediately, he started going to church. But he sensed the demonic realm would not simply surrender without a fight. By saying “yes” to a deal with the devil, he had opened a door, and so he started hearing voices.

When he told his mom about the voices, she didn’t have any experience with demonic activity, so she took him to the hospital, where he was diagnosed with psychosis and schizophrenic episodes. She freaked out, so Adrien eventually moved in with his uncle in Pasadena.

He was going to church and stopped taking any more marijuana, Xanax, Promethazine, and cocaine. But the demonic oppression wouldn’t leave him alone.

“I kept getting these demonic voices in my head like they wouldn’t get out,” Adrien says. “I was like, I can’t do this anymore. Everybody thinks I’m crazy. Maybe I am crazy. It was definitely demonic oppression.”

After six months of trying to serve God and not finding any relief, he went to the bus stop to go to the hospital. As he waited for the bus, he contemplated suicide. There seemed to be no way out of his torments; killing himself would end it, he thought.

“I just wanted to get rid of the voices in my head,” he says.

As he’s pondering his fate, a guy with an Australian accent walked up and witnessed to him about Jesus.

“I just felt God’s heart for you, and he told me to come over here and talk to you,” he said, explaining he was attending a Bible conference nearby taught by Todd White, who encouraged people at the lunch break to go out into the streets and invite people to salvation.

Even though Adrien battled paranoia, he accompanied the Australian back to the conference.

As he stood in the registration line, he noticed that the conference was “hundreds of like white people” and “only one old black lady in the whole thing.”

At that time in his life, Adrien had only every attended predominantly black churches and felt a kinship, support, and trust among people of his own color.

He felt wary of his new surroundings.

But of all the attendees, who came over to greet him? The old black lady.

Not only did she welcome him, she gave him a prophetic word. It spoke straight to his current condition. He hadn’t even felt the support of his family, some of whom even cussed him out for his aberrant behavior.

“God sees what you’ve been doing and how you’ve been chasing after him, and he’s so proud of you,” the old lady told him. “He loves you and all the people that have done you wrong and called you crazy are gonna see what God is doing in your life in the direction that he’s taking you and they’re all gonna apologize.”

With a rush of excitement that God was real and moving in his life, Adrien went into the conference. Almost immediately, he found himself surrounded by 20 loving brothers and sisters in Christ who prayed for him. He was delivered from demons almost completely.

He began attending the Pasadena International House of Prayer. He served in sound engineering and started dressing fancy. He got a job at Home Depot and realized he needed to move out of his uncle’s place. A buddy invited him to a sober-living home. The demonic manifestations were almost completely gone. His life became manageable.

There was a girl on the worship team that Adrien invited to sing on his new, Christian rap album. They hit it off well and eventually got married.

It may seem strange, but marriage completed the deliverance started at the Bible conference. He hasn’t had a single psychotic or schizophrenic episode since getting married three years ago. He’s been six years sober.

“You can’t stop what God is doing in my life,” he says.