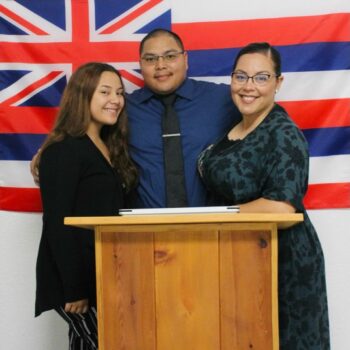 The Holy Spirit prompted Rick Palma, a sophomore in high school in Guam, to witness to one of his buddies at school. But the friend was talking and the bell rang, so Rick went to class.

At the end of the day, there was no sign of the friend. The next day, no sign. Nor the next. Three days later, the teacher broke the terrible news to the class. That student the Holy Spirit wanted Rick to witness to had taken his own life.

“It shook me,” Rick says on the Virginia Beach Potter’s House podcast. “I felt the Spirit of God just leave me.”

The unsettling tragedy was not the only brush with suicide for Rick Palma, who felt profoundly enmeshed by failure for much of his life due to his own shortcomings and the stalking of the Grim Reaper. 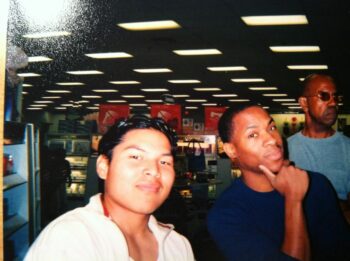 Rick Palma is a Polynesian born in Guam. His family got saved in a church, and he loved witnessing for God. It seemed he had a direct connection of communication with God; whoever God told him to witness to, he carried out with great success.

Until he missed his friend at school.

“There was nothing I could do at that point. I couldn’t pray because I felt such a failure in my life,” Rick admits. “It shocked to my core so bad that I started backing away from the things of God. His blood was on my hands. I couldn’t face myself to go back to God and say, ‘God, I failed you.’ It was that one moment that I let slip that weighed me down. I carried that as such a burden. I ended up backing away from church.”

Not only did Rick miss opportunities for street-preaching, he found ways to schedule work and miss church. The young men invited him, and he would “simply run in the other direction,” Rick says. 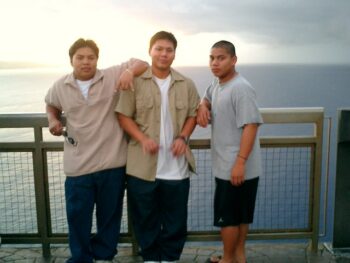 “A lot of the girls would invite the guys to the Bible study at school. I would go hide in the bathroom until it was over,” he says. “Failure can really bog you down when you attach that to your life.”

After high school, he moved to the States to stay with relatives. The initial plan to study got lost as he made friends who got him into hip hop, drugs and fornication.

One day at work, God prompted him to witness to a co-worker: I want you to tell him about me.

Rick wavered. He was in sin, and according to his theology, God doesn’t talk to sinners. So he balked at talking to the co-worker.

“I was doing heavy drugs, so I thought there’s no way God could be talking to a sinner like me,” he recalls. “So I ignored it. The next day they had a meeting at work. This same young man had taken his own life.”

Was God trying to call me back? Rick wondered. But still he was in bondage to sensual gratifications.

It wasn’t until his girlfriend took his daughter and left him that Rick hit rock bottom. 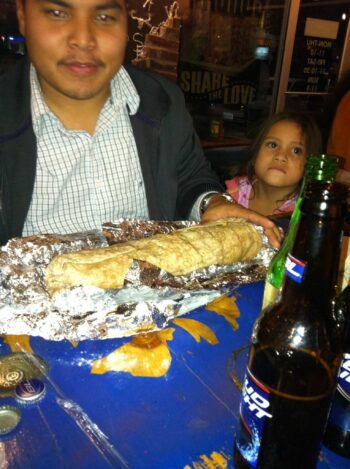 “For one whole week, I couldn’t eat, I couldn’t drink,” he says. “I was so stressed out. I lost 24 pounds in one week. I was spiraling out of control.”

His work tried to get him therapy. But his family members and friends didn’t want to talk to him. One night he went to his car with the resolve to take his own life.

“No one would take my call. I couldn’t reach out to my daughter,” Rick says. “I knew I had nothing left. I was weeping in my car. I had these pills and poured the whole thing into my hand. This is my last straw. I’m done.”

Just then a text fell on his phone, which was strange because he normally didn’t have good reception at that spot. All of a sudden, he had four full bars. He didn’t recognize the number by the Guam country code.

“Hey Rick, how are you doing?” the text message read.

“I didn’t know who it was, but when I called, it turned out to be my brother,” he relates. “I hadn’t talked to him for over 2-and-a-half years.”

Rick talked the typical baloney about being fine.

“Hey, Rick, look. Tell me the truth,” his brother somehow knew he was lying. “Tell me what’s been going on in your life.”

“I started breaking down and telling him what was going on,” Rick says. He didn’t want Jesus. He wanted his family back.

“You need to give God a chance,” he leveled with Rick.

“I don’t think God is looking at me anymore,” Rick replied.

Soon, he got hooked up with Pastor Stevie Gauna in Georgetown, Austin. In his first service, he felt God impress on his heart: I’m calling you to preach, but I want you to build first.

Rick re-dedicated his life to Christ and started serving the Lord. Just as when he was in Guam, Rick began street-preaching fervently again. The church grew from a few to a big group.

He struggled with trying to see his daughter through the legal system. Then he fell into fornication with his new girlfriend, whom eventually he married but because of their sin, they got “removed” from the church for many months.

“What failure does is it makes you think that you’re going to be a failure every time,” Rick says. “It’s going to keep taking place in your life; this is just who you are. When failure is there in your heart, you feel like you can’t move forward or it’s a burden that you have to deal with.

“Me, I’m always picturing the blood on my hands.”

While he was out of the church, one of his best friends from church passed away, and Rick didn’t even know about it.

That friend’s wife began reaching out to Rick. “She ended up telling me that God still loves you,” he remembers. He called the pastor and got invited back to church.

Eventually, he felt God again and responded to the call. “I surrendered my life,” he says. On fire for God, he made a straight line through life towards ministry. He launched a Bible study in Bastrop, TX.

Today, he is pastoring a startup church in Hawaii.

“After all the failures that I did, God was still speaking to my heart,” Rick recalls. “What was meant for bad, God turns to good.”