I had promised to paint a room for my friend Judy. Arriving at her home I had begun by painting the ceiling, but after a while was feeling hot and clammy. Believing exertion from painting and the warm day to be the cause, I opened the windows and went outside to the porch.

After sitting out there for a while and giving the house time to cool down, I went back inside to continue painting. For some reason I left the front door open.

However, as I painted, I found myself continually distracted by some pieces of paper on the floor. Strange… but I just couldn’t stop looking at them, wondering what they were – and at the same time scolding myself for being so inquisitive!

Eventually, I gave in to the constant pull to these papers, climbed down the ladder and looked at the paper on the top of the pile. It was a city council tax notice, with the address of the property I was in. Feeling rather silly and nosey, I continued painting, thinking no more of it.

Suddenly… a phone somewhere started ringing. I had been making good progress only to be disturbed by the house phone ringing. It went on and on, seemingly endless in its piercing shrill!

I finally climbed down the ladder to answer the call… but couldn’t find the phone. I could only follow the shrieking sound. Eventually I found it hidden under a cloth among a whole pile of things, not in the room I was in, but out on the kitchen floor still ringing away!

‘What a stupid place to put the phone,’ I thought as I answered it. A man from Chrisco Christmas Hampers said, ‘Judith, the homeowner, please.’ Explaining that I was the painter, I asked him to call back later. Going back to painting, I was soon making further progress.

Suddenly I was aware of pressure in my chest and at the same time also in my left arm. I was sweatier than before, clammier, and feeling quite nauseous.

I decided to sit on the kitchen’s cold tiles… only to lapse into unconsciousness. How long I lay on the hard floor before coming to, I have no recollection. Apparently, I passed out and hit my head severely on the hard kitchen tiles.

When I woke up, I was still hot, sweaty; feeling nauseous, as though I wanted to be sick… and there was pressure in my chest and left arm. Gently putting a hand to my hurting head, I felt blood dripping down the side of my face. I was trying to make sense of what had happened.

I reached for the phone I had just found under the pile and dialed emergency, requesting an ambulance. The call-taker was efficient, assessing the situation instantly and asked, ‘What’s the address?’ Address? Address!

Believe it or not, although I had been to that house many times and knew directions, I didn’t know the address!

If I hadn’t looked at that tax notice, I wouldn’t have been able to give the address! The call-taker then asked about access to the home, and I was able to confirm the front door was open, having left it ajar earlier.

She continued talking to me, finally saying, ‘Can you hear the ambulance now? It should be in your street.’ Yes, I could hear it and very soon two officers came in to find me on the kitchen floor. With their help, I made it to the hospital.

Rushed into the emergency room, I was quickly prepped for surgery. Another patient was held back so I could be taken in. The surgeons expertly placed a stent in my blocked artery. 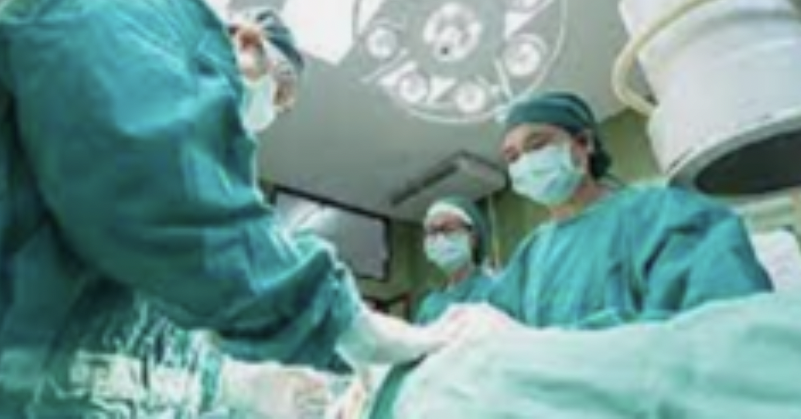 Throughout all of this, peace from God remained on me. Interestingly, as I was being taken out of the operating room, the surgeon said, ‘I’m glad you didn’t die.’

Personally, I thank the Lord for our medical profession… but above all I thank my great, caring God!

A couple of days later Judy phoned me. She had arrived home when the ambulance officers were working on me, her face white as a sheet when she saw me. Now she was saying, ‘I thought you were going to die.’

Then she really surprised me by saying, ‘Ken, it was good you had your mobile phone on you.’ Taken aback, I replied, ‘Why no, Judy… remember when you found me, I had asked, “Please call Eve. Tell my wife to come to Flinders Hospital. She’s got our mobile with her.”’

Judy remained silent for a moment, with a quizzical look on her face.  I asked, ‘Are you still there, Judy?’ Ever so quietly she astounded me by asking, ‘But if Eve had the mobile, how did you call the ambulance?’

I said, ‘Why, I used your phone, and what a silly place you have it. If it hadn’t rung earlier so shrieky, and for so long, I’d never have found it.’

There was more silence. To my amazement, Judy astounded me further, saying: ‘Ken… that phone hasn’t worked for many months, not since the grandchildren pulled the wires out of the wall in the bedroom. It wasn’t even in the kitchen… and it doesn’t work, it just can’t.’

It was a couple of weeks after I was released from the hospital, that Judy asked Eve if she would ring Telstra for her, as she wanted the phone re-connected. Only then did it work normally!

If my attention hadn’t been drawn to the papers on the floor, I wouldn’t have known the address.

If that phone hadn’t rung so loudly and so long, I wouldn’t have found it.

If the medical team hadn’t been able to attend to me so promptly, I may have died!

If I hadn’t left that front door open for ventilation… 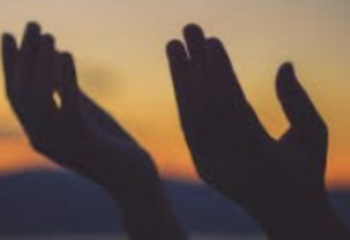 As Corrie Ten Boom said,  ‘There are no buts in God’s kingdom. His timing is perfect.’ In His timing, He caused a dead phone to work so I could live. Bless His name, hallelujah!

Oh… one other mysterious thing: Judy explained to me later that she hadn’t dealt with Chrisco Christmas Hampers for five years. Why did their agent phone that particular day?

I can only praise my caring God and share my experience, my good news!

Kenneth Drinkald was involved in pastoral ministry and church planting for many years. Although retired he still delights in sharing God’s grace and goodness with others and praying for the sick and troubled. Link: [email protected]