Taneisha Upperman’s idyllic childhood evaporated when she saw her stepdad hit her mom with a hatchet.

“It was in the middle of the night, blood was streaming down her face, and I was terrified, so I ran all the way down the street to my aunt’s house, probably about two in the morning crying,” she says on a Delafe video. “I remember being so scared and not knowing what to do and knocking on my aunt’s door for like 20 minutes because they were asleep.”

From the age of six, Taneisha’s life was a nightmare. Yes, her mother gave birth to Taneisha as a 16-year-old single mom, but they went to church with Grandma, and Taneisha had a happy life singing in church.

Once when arguing with him, Mom locked Taneisha up in a room with her uncle, who sexually abused her.

supposed to happen,” she says. “I just did not understand.”

She was seven-years-old, and told no one about the incident.

Mom moved the family to New York and then back to the country. Remembering the happy years when she attended church with Grandma, she begged her mom to be allowed to live with Grandma.

Little did she realize, Grandma had changed. 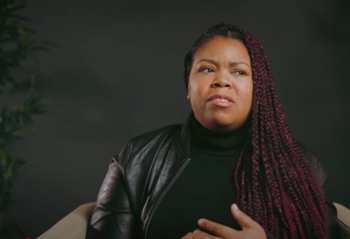 “That’s when I experienced verbal abuse and physical abuse,” Taneisha recalls. “My grandmother was angry. I don’t know why. She would just yell at me and call me names and say, ‘You’re nothing. You’re gonna be nothing. You’re lazy.’”

Grandma provided shabby clothes for Taneisha to wear to school, which was embarrassing and led to being bullied.

But the worst thing was that her uncle would come and go and take advantage of her sexually. At 10, she lost her virginity because of his abuse.

“In the fifth grade, I started having a warped view of guys,” she acknowledges. “I thought in order for them to like me or to be popular I had to let them touch me. I began to get promiscuous in school.”

All the while, Grandma took her to church, where she discovered she had a great singing voice. She was told she had a gift from God. When she sang solos, the church “went crazy.”

Taneisha elevated the family’s status in the church.

She started dating at age 12, and she fell into sin with her boyfriend.

Because she started acting up, Taneisha’s mom took her to a doctor.

Probably thinking she had some physical ailment, the doctor asked her what was wrong. Taneisha instead blurted out about her uncle’s molestation. 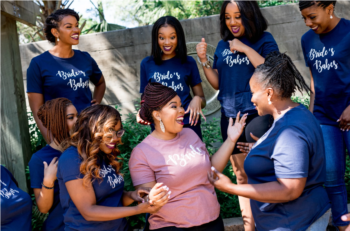 Completely caught off guard, the doctor called in Mom and told her. She broke down crying and pleaded with her daughter, “Why didn’t you tell me?”

Some family members were unsupportive. The case tarnished the family’s name at church and diminished their status. At least one family member even blamed Taneisha as if it were her fault.

“It was hard,” she recalls. “I just didn’t understand.”

Mom moved with Taneisha to North Carolina. Her singing voice in churches continued to bring accolades and prominence.

Meanwhile, what was unleashed by the uncle continued at school. She had sex with lots of guys until as a freshman in high school, she got pregnant. Mom took her for an abortion. She was 15.

“I remember leaving the clinic and crying my eyes out,” Taneisha says. “But my mom was saying just come on, just come on here and because, for her, you did this to yourself, so you know you need to get it together.”

“I was in church all of this time. I loved church. But I wasn’t familiar with God,” she says. but “I was still kind of on the outside doing my thing.” 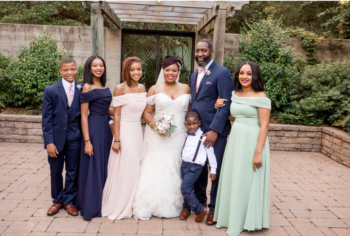 It was the 90s, and lots of girls were getting pregnant, she says. So when Taneisha, then 17, got pregnant again, Taneisha decided to carry and keep her daughter. She could have someone to love. She even ran away from home so she would not be forced to abort.

After high school, she went off to college. Her mother had reconciled to her having the child and offered to watch her. It was a Christian college, and Taneisha felt she needed to straighten up for her daughter and her future, but her resolve broke in the second semester.

She fell back into sin and got pregnant.

Because of the stigma and embarrassment associated with being pregnant at a Christian college, she decided to abort. She asked her dad for money, saying that it was for college textbooks. She felt crushed by her failure; the old verbal abuse replayed in her brain.

“Maybe I am nothing, maybe I am just a failure, just a mess up,” she thought.

At 21, she met and married a guy who really loved her. She had another child, and he got deployed to Iraq after 9/11. Afterwards, he was sent to Germany, and Taneisha moved there to be with him in 2006.

She had another child, but their marriage began to unravel.

“He just didn’t want to be married anymore,” she says.

Finally, she found a church that was less interested in her singing gift than in her relationship with God. The people loved on her and discipled her patiently.

After her divorce, Taneisha found jobs in Germany. For 10 years, God built up her faith while she lived overseas.

“I was dealing with years and years of trauma,” she says. “It was a total shift. Germany was where I really learned how to live a life for Christ, where I learned how it was to be saved for real, what it was to be a Christian without the hoopla and the emotion. God transformed my life spiritually.”

After a decade, Taneisha returned to the United States with her three daughters. She found her “knight in shining armor” in 2019.

“I’m just amazed by what God’s done in my life. I’m amazed by the transformation. I’m a different person,” she says. “The sexual trauma affected me for so long and it really warped my views.”

Michael Ashcraft is a financial professional in Los Angeles.