Very truly I tell you, unless a kernel of wheat falls to the ground and dies, it remains only a single seed. But if it dies, it produces many seeds. (John 12:24)

His mother went to prison for her faith and paid the ultimate price for following Jesus in North Korea. That inspired her son to carry on her legacy, planting underground churches in North Korea.

“I heard the gospel from my mother, who went to China ten years ago, and found belief in God,” Pastor Chung-Ho* told Cornerstone Ministries. “Having returned from China she taught us the word of the living God.

His mother’s example was infectious. “Sometime after I too believed, she said that I should be a pastor who preaches the word of God, and so I also should go to China to study the Bible,” he recounted.

It is illegal to follow Jesus in North Korea, and her faith was discovered. “She was apprehended and incarcerated by the for Social Security Bureau (SSB) for being a Christian. Two years ago, I heard that my mother had died in prison. She kept her faith without denying God until the moment she died. She also affirmed that she would go to heaven when she died.  People who had witnessed her death in prison said she did not fear death.”

Inspired by his mother, he left North Korea to receive training. “I went to China and came back by following my mother’s plea to me to be a pastor. We were able to establish (underground) churches in two areas.”

As recorded in Ephesians 3:20–21: Now to Him who is able to do immeasurably more than all we ask or imagine, according to His power that is at work within us, to Him be glory in the church and in Christ Jesus throughout all generations, for ever and ever! Amen. 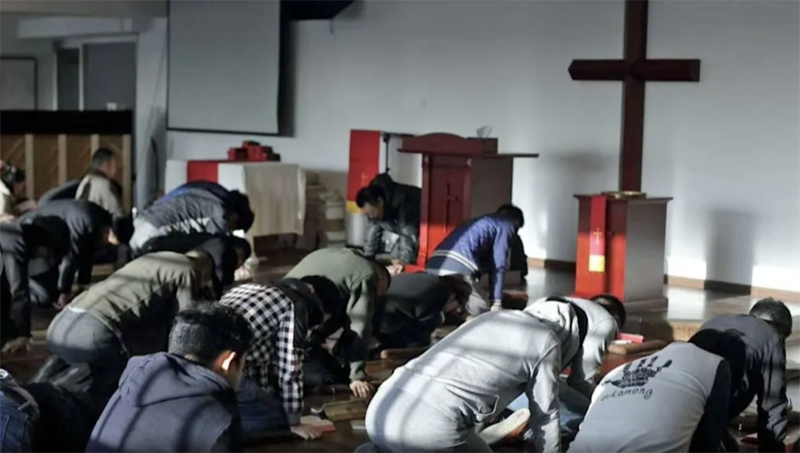 Receiving news from underground pastors in North Korea that the church is growing, gladdens the heart of Peter Kim at Cornerstone Ministries.

“May the faith of the martyred mother lead her children to stand firm in God’s Word and prevail. Let us pray that these humble believers will stay firm in the Truth and be protected. May their faith and our prayers keep the underground churches and saints in the strong arms of Our Lord.”

If you would like to listen to a recent update on the North Korean church from Cornerstone Ministries and journalist Mark Ellis, listen here to our podcast here: https://podcasts.apple.com/us/podcast/best-of-god-reports-interviews/id1560279290?i=1000569455218

If you want to know more about Cornerstone Ministries International, go here