The “goon-mobile” or “swagger wagon” – a 1978 Chevy Beauville van that belched out blue smoke from its tailpipe – accompanied Adam Dragoon everywhere he went, from delivering hotdog carts around town in Portland to the party bus in high school.

When he got saved in his later high school years, the Beauville became the church bus, carting people and equipment for outreach and service.

“I learned how to sell hotdogs at 10 years old, slinging the mustard, Hebrew National hotdogs,” Adam says. “I inherited the van, a 1978 Chevy Beauville. It was a tank, one of those half-ton vans. That became my ride, that hunk of junk. It was glorious.”

The hunk of junk is a metaphor for Adam’s life before Jesus: weighted heavily, inefficient, roaring around, wasting resources. The heaviness on his heart started early, when his parents got divorced in Oregon during kindergarten.

“I was upset that Dad was gone and he wasn’t coming back,” Adam remembers on a Testimony Tuesday podcast on Spotify. “That definitely had a profound impact on who I was.”

Then both his grandfathers died when he was 15.

“That hit me real hard,” he acknowledges. “It was the first time I had to deal with death. I got angry at God. My mother’s father knew Jesus, so I was confident he was in Heaven. But my other grandpa was blasphemous and told dirty jokes. One of them was in Heaven, and one of them was not.

“That had a profound effect on me.”

What was a young boy supposed to do but fall in love with a cute blond at a telemarketing firm that he now realizes was a scam?

“I had to take care of the car. I had to pay insurance. I had to put gas in the tank, so I had to have a job,” he remembers of his 16th year. School was less appealing than work: he had a ready mind to learn but an unready hand for homework and barely passed his classes. 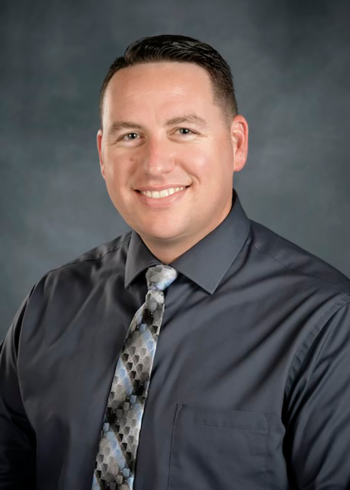 Raised in Arizona – “the Promised Land where all the California people who can’t afford California go,” Adam spent summers with his father where Grandfather Dragoon put him to work peddling hotdogs from his deli. He learned a work ethic.

During the summer when he was 14, Adam tried reading the Bible with his other grandfather but didn’t understand because he wasn’t yet born-again; the Holy Spirit was not yet upon him to teach him the meaning of the Scriptures.

“I put some serious effort into it,” he says.

His mom took Adam and his brother to church, one of those megachurches with cushy chairs, AC flooding the room, and a youth group of 800 kids. If you asked him, Adam would have said he was a Christian.

At the same time, there were doubts. Taught in public school, he was filled with a lot of skepticism and atheistic ideas, the fodder of the public school system.

So, when one day he sat next to a glowingly pretty blonde at the telemarketing business, Adam was ripe to listen to the Gospel — from her. Taya radiated light, the light of Jesus – and she was stunning.

“One day I got brave enough to leave a note on her car: If you ever want to hang out with me, you can call me,’” he remembers. “Amazingly enough, she called me.”

The first conversation ended with him asking her to hang out on the weekend. She responded with: Today’s Wednesday, and I’m going to church. Do you want to go to church with me?

What he really liked was Taya.

Church was altogether unimpressive, he recalls. After enjoying the the luxurious megachurch with his mom, Taya’s church seemed “rinky dinky.” They had cement floors, metal folding chairs and swamp coolers that dripped and made puddles on the floor.

Adam giggled under his breath at the lack of professionalism. For their part, the church members didn’t think too much of Adam either.

It turns out that Taya was a lifelong member. Her father had helped found the church, and they looked at 16-year-old Taya as someone they needed to protect from this mysterious young man moving in on her.

“Missionary dating” was not encouraged by the Door Church in Chandler, Arizona.

“There was a lot of awkwardness at that first church service,” Adam says. “To me the church was not impressive. The eyeballs of the whole church are looking at me, ‘Who is this guy with our Taya?’”

Despite the negatives, Adam continued to go to church. “My attraction to this girl kept me there.”

The Word preached consistently will have a positive impact. After seven months, finally the message of salvation hit home. Adam understood that a mental assent was not enough to be a Christian.

“I remember having this profound moment, a thought that had never entered my brain before, that I was a sinner and my sins were going to take me to Hell if I didn’t get right with God,” he says. “I never had that thought before.”

So at 17, the young man who gave up going into the military for the dazzling eyes of a girl, also answered an altar call to accept a dazzling Savior.

From there, he grew in service and discipleship, participating in outreaches, parades, Saturday night outreach concert and drama scenes. He married Taya, and the couple responded to the call to become missionaries in Bulgaria for four years.

Today, they have two girls and pastor in Virginia Beach.

And the Beauville? Sad to say, he sold it.

“I drive a great preacher car, a 20+ old Infinity sedan,” he says. “But I identify as a pickup truck driver.”