Evangelical seminary dean Vitaliy Vinogradov was fleeing the Russian occupation of Bucha, attempting to walk 10 miles to safety in Kyiv, when Russian forces killed him and left his body on a local street, a close friend and ministry associate told Baptist Press.

Vinogradov had been missing since March 6 when he left his Bucha home attempting to walk to the office of All Together!, a Christian pro-family ministry in Ukraine where he served as a board member, said All Together! leader Ruslan Kukharchuk.

“It was really dangerous, at the beginning of March, because from the first of March, Bucha was totally occupied by Russian soldiers,” Kukharchuk said. “And almost all people who were trying to escape the city, to go out of city, was under a risk, because Russian soldiers did not allow anybody to move, even just to walk. 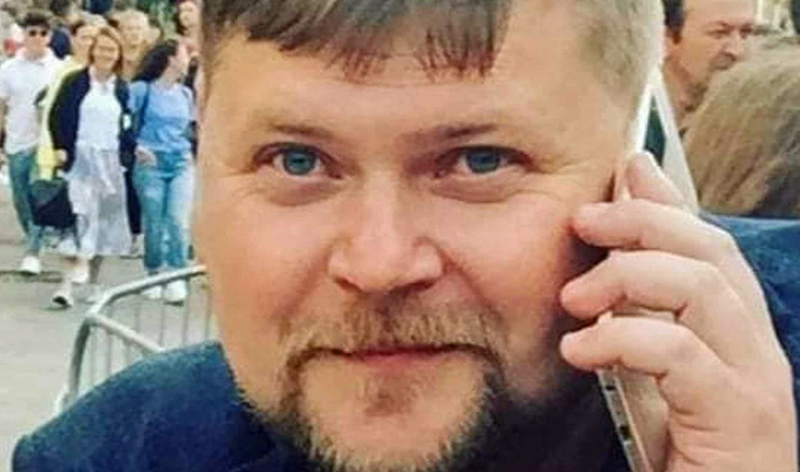 “On March 4, Vitaliy called me. He (was) leaving Bucha. He asked, if he were able … if he could walk from Bucha to Kyiv … about 10 miles … to move to our office to stay there, because it was really dangerous to stay in Bucha, which was already occupied by Russian troops,” Kukharchuk told Baptist Press days after Vitaliy’s body was found.

Vinogradov had limited options of walking to Kyiv or finding a car, because he had no personal transportation. He chose to walk, last communicating with friends as he left his home March 6.

“As we understand for now, and as he explained to us before, he was walking to Kyiv to our office to stay there during this occupation period of Bucha,” Kukharchuk said. “But unfortunately during this walk to Kyiv, he was killed and he was shot.”

All Together! had reported him missing March 10 after a lengthy search. Ukraine law enforcement officials found Vinogradov’s body April 1 after Ukraine’s military forced Russia out of the tri-city area of Bucha, Irpin and Gostomil near Kyiv.

His body lay on the street beside that of fellow believer and friend Oleg Grishchenko. Their bodies were among hundreds of tortured bodies found on roads, in parks and in hastily dug mass graves in the tri-city area, Kukharchuk said. The latest official count was 410 civilian casualties.

“This is just typical genocide. They just kill people who live in Ukraine, who are Ukrainian citizens … just because they are Ukrainian people,” Kukharchuk said, urging the foreign community to trust Ukrainians’ revelation that this is indeed genocide. “There is no other reason. When they see a man walking outside, they can just kill him. There is no explanation for that.

“It’s totally impossible to find any reason to explain what is happening right now. It’s a total evil spirit which moves the Russian troops which try to occupy Ukraine, an absolutely peaceful country. We pray for God’s mercy to stop this bloody process.”

A nephew of Vinogradov officially identified his remains April 5, Kukharchuk said, and a funeral will be arranged perhaps in a week or two, after authorities complete their investigation.

In a newsletter reporting the death, All Together! described the 48-year-old as “a brilliant organizer and analyst, respected theologian and teacher.”

In addition to serving on the board of All Together! for the past five years, Vinogradov had worked since 2008 in many All Together! outreaches and family festivals, Christian journalism forums and global leadership summits.

Kukharchuk and others are mourning the murder of Vinogradov, whom Kukharchuk said was “God’s person,” called to the ministry and passionate about serving the Lord.

“It’s a huge shock and grief for me personally, for all our team. And he was very pleasant person. He was loved by everybody. He was very kind.

“Kindness is like a symbol of Vitaly Vinogradov.” — Baptist Press