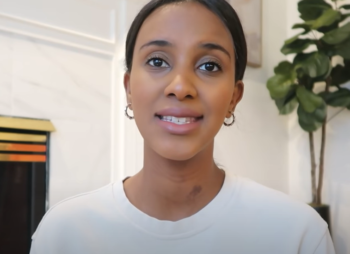 Shamso was a sickly Somali girl in a refugee camp with a growth on her arm that doctors thought was cancer. They wanted to amputate.

“They actually wanted to cut off my hand,” Shamso says on her YouTube channel. “Fortunately, I was able to come here to America and they could save my hand. I didn’t have to get my arm chopped off.”

A church from Texas randomly sponsored Shamso’s family to come to America in 2000/01with no strings attached. and they fixed her arm, which was only infected.

In America they got involved in their local Muslim community. Shamso was very religious and taught other children, observed Ramadan, and did everything possible to make it to Heaven. 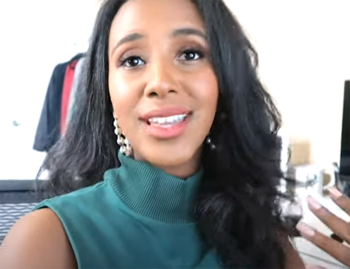 “But when I realized that everything I was doing was probably not good enough for Allah, it felt like a mentally difficult thing for me to accept. I was super afraid of death. I couldn’t go to sleep at night. Darkness terrified me.”

Shamso was a naturally talkative girl and a naturally curious girl. When in Islamic “Sunday school” she heard that other religions describe Jesus as more than a prophet (which Islam limits him to by definition).

She wanted to explore other religions, but was told not to ask questions. Her teacher told her mom about the questions she had been asking, and she got in trouble.

Shamso wasn’t scared merely of death. She was also scared of the jinn, or spirits sometimes translated and conceptualized as “genies” in English but probably better understood as demons. Her mother told her the story of somebody who accidentally dropped the Koran and turned into a half human, half goat creature by the jinn.

At age 16, Shamso witnessed a new Somali girl at school manifest a full-blown case of demon possession during their English class.

“The jinn was on her. She was screaming, yelling. It was absolutely terrifying. I was already terrified of these things, so to see it in real life, a person being held captive by an evil spirit, instantly I ran out of the room,” Shamso recalls. “It was pure chaos. All the kids were outside. The teachers were outside. Tears were flowing. I trembled with fear.” 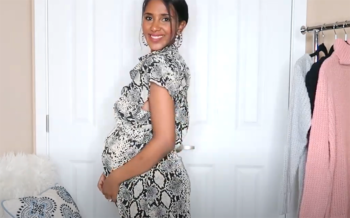 The Somali girl was allowed to return home with an adult friend and returned to school the next day, seemingly normal. She didn’t remember anything about what happened, what she said, or what she did.

But Shamso remembered every “freaky” thing.

“For the longest time ever I was terrified of this girl. She was a very nice sweetheart who would always run to me to come say hi,” Shamso says. “But I couldn’t touch her. I couldn’t even walk on the same sidewalk as her. I didn’t want to pray next to her…because I was that afraid of her. Whatever was inside of her, I always felt the presence of it when she was around me.”

At age 19, Shamso went off to college. She fell in love with a guy who was Christian and tried to convert him to Islam.

“We loved each other but we were both strong in our faiths,” she says.

By the time they graduated, they still each held to their childhood faiths. When they decided to proceed with marriage despite their conflicting views, her parents were not pleased.

“There was so much drama,” she admits. “You care about your parents and want their approval. It was so emotionally draining. He tried to talk to my mom, my dad, my uncles, everybody you could think of. I tried talking to my parents over and over again. My mom was kind of lenient about it, but my dad was ‘absolutely not.’”

Since her relationship with her father had always been distant – even strained – she wound up turning to Allah. 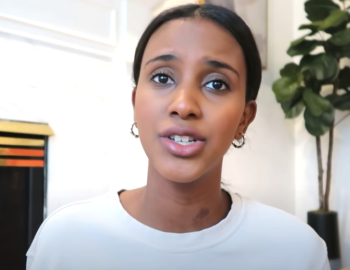 At the same time, the couple argued about where to marry: at church or in a mosque?

But the mosque closed its doors to her.

Shamso asked for a sign. If God wanted her to marry this guy, she asked God to take her dad away from the home, since he was the major opponent to her marriage.

Shamso knew that it would never happen. She was crying, traumatized and overwhelmed, as she prayed to God one day in the shower.

“Ok God, where do you want me to get married?” she prayed. “If you’re out there, if you exist, for the first time in my life, please I want to know if you exist. I’ve always prayed to you. I’ve always done these things for you. Just show up, tell me who you are. If all of this drama goes away, I will be obedient and go and get married at this church.”

Literally the next day, Shamso’s dad disappeared. Nobody knew where he was until he called his wife from Africa. Utterly unexpectedly and unannounced, he had returned to his native land.

Her dad stayed in Africa for three years.

Shamso knew that God had answered her prayers. She got married in the church to her Christian fiancée.

At the same time, God’s Spirit moved on her heart.

“It was a miracle that he was gone, and I felt heard by God for the first time,” she says. “I had peace in a weird way.”

God instructed her to read the Book of Genesis. She had always struggled with pain and suffering in the world. All she knew previously was Allah’s wrath and punishment in the Koran.

When she got through Genesis 3, she experienced clarity. She discovered it was never God’s intention to inflict pain on humanity; that pain and sin was a result of man’s rebellion in eating from the forbidden tree. For his part, God wanted to have communion with his creation; prior to the fall, he walked in the garden with Adam and Eve.

“It was almost as if every question that I had in my mind was being answered,” she says. “That was such a big thing to me because before I never had my questions answered, I was always in the dark.

“I just remember crying and sobbing because, for the first time, I was able to say ‘Okay God, now I know Your heart. Now I know that You didn’t intend for us to be without You.’”

The power of the Word and the Spirit caused her to surrender her life to Jesus Christ and she was born again.

Today, Shamso lives in Texas with her husband and daughter. She runs an at-home business to help support the family.

“It’s very easy for me to be afraid, coming from the background I come from, to be afraid of what could happen to me, but by the grace of God, I have no fear,”  Shamso says.