His pressure-fried, secret-recipe for chicken made him, his white suit, string tie, and goatee famous throughout the world. It wasn’t until late in life, however, that he finally recognized his need to get right with God, a long-delayed answer to his mother’s prayers.

Growing up in Henryville, Indiana as the oldest of three children, Harland Sanders and his family attended the Advent Christian Church. Sanders’ mother was a devout Christian and – like many earnest believers of her era – warned of “the evils of alcohol, tobacco, gambling, and whistling on Sundays.”

Sanders’ father died when Harland was only five years old, and by the age of 10, Sanders began to work as a farmhand.

He dropped out of seventh grade due to an aversion to algebra and went to live and work on a nearby farm.

He lied about his age to join the Army when he was 16, and after service in Cuba, he moved to Alabama, where he got a job cleaning out the ash pans of trains. In a short time, Sanders became a fireman (steam engine stoker) for three years until he was fired for “insubordination,” according to John Pearce’s biography.

Sanders lost his job on the Central Illinois Railroad after brawling with a colleague. It seems his short temper and impulsive fists would plague him throughout life.

After the brawl, his young wife, Josephine, and three children went to live with her parents. Sanders had been studying law in his spare time as a railroader, and first began to practice in Little Rock. He earned enough for his family to move in with him, but the legal career only lasted three years.

Incredibly, he got into a fistfight with his own client in the courtroom, which destroyed his reputation as a lawyer.

“[Sanders] had encountered repeated failure largely through bullheadedness, a lack of self-control, impatience, and a self-righteous lack of diplomacy,” Pearce noted in his biography.

Following the embarrassing courtroom episode, Sanders was forced to move back in with his mother and took a job as a laborer on the Pennsylvania Railroad. After that he reinvented himself once more, this time selling life insurance, but was fired again for insubordination.

In 1924, he happened to meet the general manager of Standard Oil of Kentucky. As a result of that meeting, he began to run a service station, but in 1930 the Great Depression hit, and the station was forced to close.

He picked up another station in North Corbin, Kentucky, and began to serve meals from his living quarters nearby. It was during this period that Sanders was involved in a shootout with a local competitor, over the repainting of a sign directing traffic to his station. Sanders’ competitor was convicted of murder and Sanders went on successfully selling food to his customers. 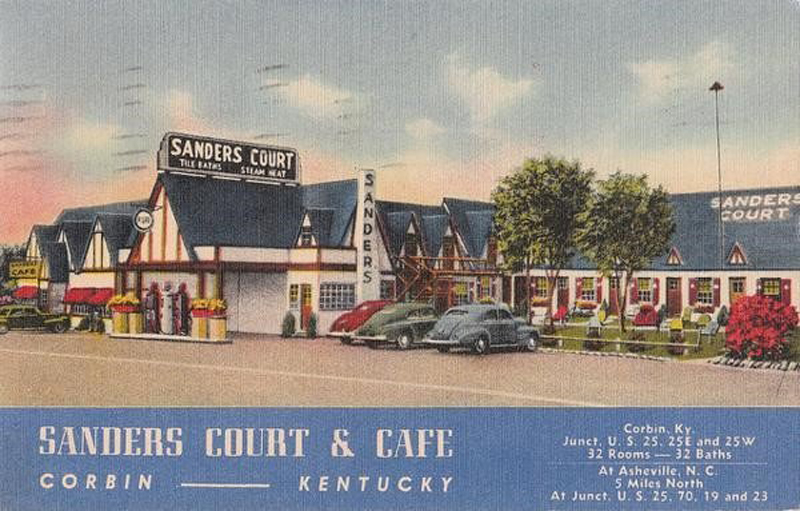 In November 1939, Sanders had saved enough to build a motel with a 140-seat restaurant. The following year, at age 50, Sanders had developed his “Secret Recipe” for frying chicken in a pressure fryer that cooked the chicken faster than pan frying.

Sanders was unfaithful to his wife. His mistress, Claudia Ledington-Price, became manager of the North Corbin restaurant and motel. In 1947, he and Josephine divorced, and Sanders married Claudia in 1949.

A new Interstate highway dramatically reduced traffic to his business, leaving him in a precarious financial situation. At age 65 he sold the restaurant and motel and was left with meager savings and $105 a month from Social Security.

Out of necessity, he began to franchise his chicken concept to other existing restaurants. Often sleeping in the back of his car, Sanders visited restaurants, offered to cook his chicken, and if workers liked it he negotiated franchise rights, according to a profile in The New Yorker. Restaurant owners paid Sanders $0.04 per chicken for the franchise rights.

His franchise idea became a huge success; and KFC was one of the first fast food chains to expand internationally. 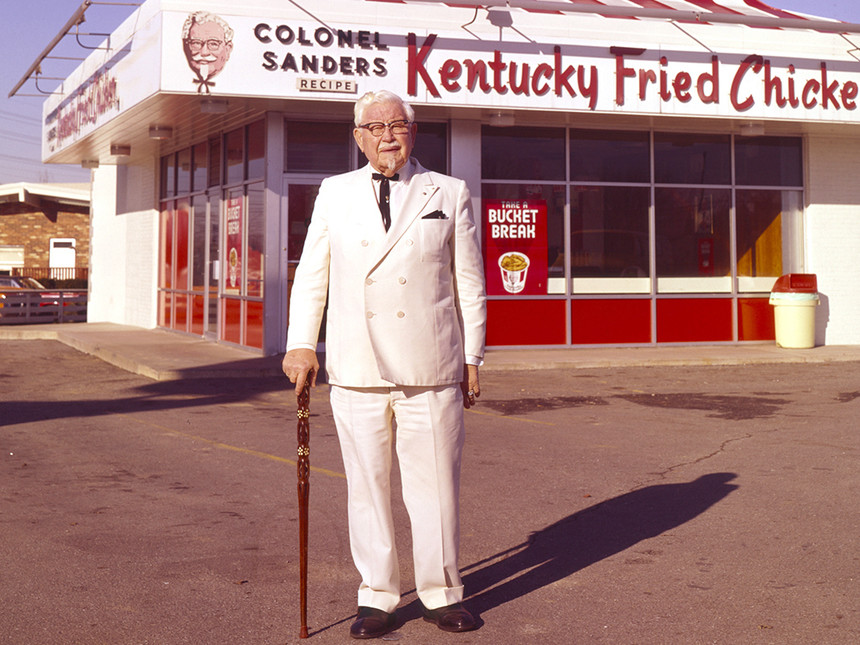 The company’s rapid growth became overwhelming for Sanders as he got older. In 1964, at 73 years old, he sold the company for $2 million to a partnership headed by John Y. Brown Jr., a 29-year-old lawyer and future governor of Kentucky, and Jack C. Massey, a venture capitalist and entrepreneur. Sanders became their salaried brand ambassador and an iconic figure.

“I was about 77 when I found the Lord,” Sanders told Coleman McDuff in a 1979 interview. “I knew I should have Him and should be walking with him,” he confessed.

Sanders recognized his own character flaws. “I couldn’t reach Him in my sinfulness. I used to curse terrible, did ever since boyhood. When I went into railroading I got in the habit of it. And I wanted to quit for years and years, but I couldn’t quit to save my life.”

As the Bible teaches: All have sinned and fallen short of the glory of God. (Romans 3:23)

Because of his mother’s instruction and church attendance, he realized his eternal destiny was in question. “I knew my soul would go to hell. My tithing and going to church and living right with my fellow man and all, that’s not going to get you to heaven.”

The Scripture also teaches: The wages of sin is death. (Romans 6:23) Sanders could see there was a big gulf between the holiness of God and his sinful ways. The only way to bridge that gulf is through God’s only provision for man’s sin: trusting in what Jesus did on the cross. Jesus died to pay the penalty for every sin Sanders had committed in his life. 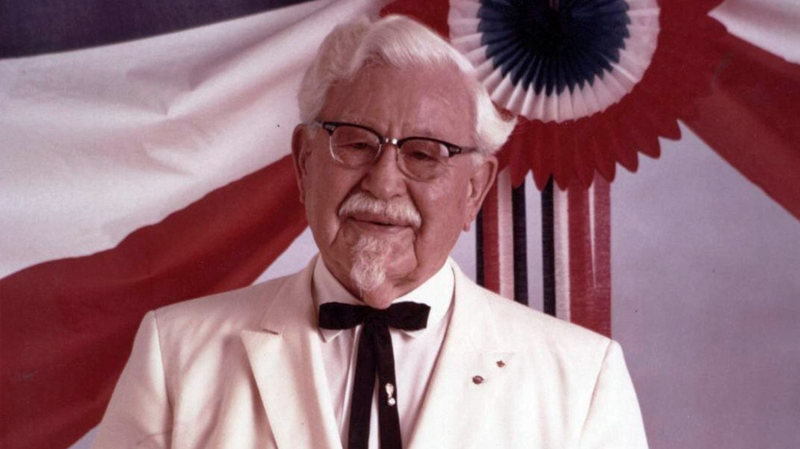 It was not enough for Sanders to merely acknowledge the fact that Jesus is the way, the truth, and the life; no one comes to the Father, but through Him. (John 14:6)

He knew he had to individually receive Jesus as Savior and Lord of his life. As many as received Him, to them He gave the right to become children of God, even to those who believe in His name. (John 1:12)

“You got to get God in your heart and you’ve got to get in His heart too,” Sanders said. “I was fortunate enough to get my (salvation) at 77.”

“There’s no use being the richest man in the cemetery when you can’t do any business in there.”

“He’s a great Savior. It’s the greatest experience I’ve had in my 89 years.”