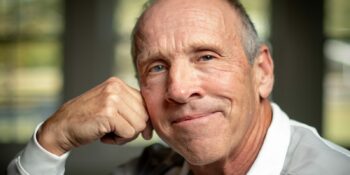 He was a comedian on stage. At home, Jeff Allen was an irritable, angry husband.

He even fought with his wife over cheese. With a morbid fear of spoilage, he would throw out perfectly fine cheese. His wife would argue over the waste.

Cocaine and alcohol were in the mix, sharpening the damage caused by his cutting remarks. 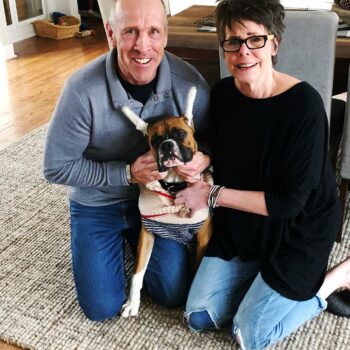 One day as he put his child to bed, the little one shook him.

Tears streamed down his face. Jeff suddenly realized he needed help. He first attacked the drug addiction and alcoholism through 12-step programs.

But he chafed at the step that calls for participants to believe in and pray to a higher power. A confirmed atheist, Jeff ridiculed people of faith. To pray to a “higher power,” he thought, was delusional.

But he went through the motions simply to fulfill all 12 steps.

He was on the road to recovery, so he sampled Buddhism and other faiths that overlapped with self-help. 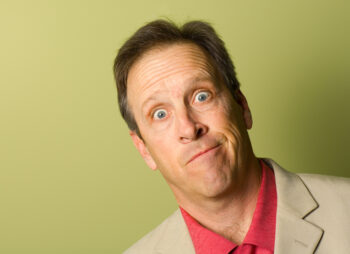 “I was seeking for my life,” he says on 100 Huntley Street video.

Then he learned his wife, Tami, was having an affair. It was devastating.

He called her and told her to come home.

As he waited all night, he fumed.

“I was getting self-righteous,” he confesses.

Finally, the problems of their marriage weren’t to blame on him, and he seized on his wife’s mistakes to feel superior. But as he plotted his revenge, a little voice interrupted him. 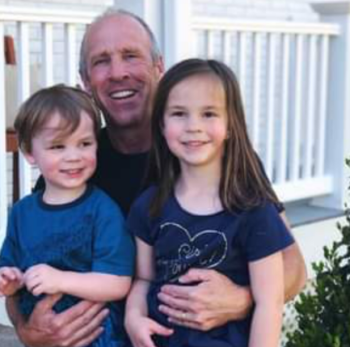 “I wrestled with God that night,” he admits. “I paced my room like a caged cat.”

By the time his wife called for Jeff to pick her up the next morning, the avalanche of furor had dissolved.

Exhausted from a sleepless night, he met her at the airport. At first sight, Jeff immediately hugged her and kissed her.

“Baby, we’re a mess,” he said. “We have two kids at home that need parents. This is what you want? You can have it. I’m not going to stay in your way. But if this is not what you want, we need to be in this together. 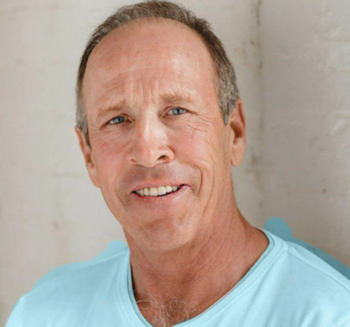 Even so, Tami continued the affair for three more months.

“It was gut-wrenching,” he admits. “Heart-breaking.”

As the painful infidelities ran their course, Jeff had met a man who sent in him Bible sermons on cassette tape.

“I never opened them,” he says. He was sticking to his convictions about atheism.

One day, he broke down and opened up a manila envelope with a cassette tape. It was sermon on Ecclesiastes.

“Meaningless! Meaningless! All is meaningless!” the scripture read. “It was exhilarating because what I got out of that first tape, a 45-minutes sermon is life without God will have no meaning, your life without meaning has no purpose, and without purpose you might as well ‘off’ yourself.

“I just jumped,” he says. “That was my eight-year conclusion.”

Astounded to find his own musings proclaimed in scripture, he listened to another cassette, and another, and another.

“It was moving,” he says. “Something was stirring in me.”

When he read Genesis 1:1 “In the beginning, God…,” he fell on his face realizing he had been wrong.

“There’s a God,” he told the friend, Phillip, who had sent him the tapes. “I know in my heart there’s a God.

Through tears, he asked Phillip: “Why would he want me?”

Jeff still hadn’t heard about the cross, and Phillip didn’t want to give him any spoilers. So Jeff kept listening to the tapes.

The power of the Word and the Spirit led him to surrender his life to Jesus Christ as his Lord and Savior.

“To this day, the prodigal son brings tears,” he admits. “The father ran to him with open arms.”

Today, Jeff’s marriage is restored. The bitterness is gone, as are the addictions.

“Christianity is the only worldview that tells the strong among us to reach back and pick up the weak, pick up the human debris,” Jeff realizes. “I’ve always said when the world breaks a man or human being, they just toss them in the trash heap. But when God breaks them, it’s for a reason and builds them back up.”

Stephen Lahood studies at the Lighthouse Christian Academy near the Pacific Palisades in Los Angeles.