In a Juvenile Hall Bible study, Kevin Knuckles asked snarkily if all the biblical authors were schizophrenics, and he was promptly kicked out. 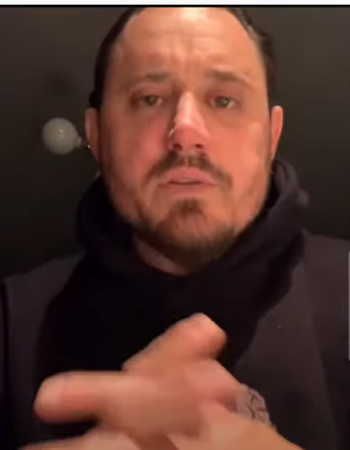 “I was hate-filled violent man addicted to drugs,” Kevin admits on his YouTube channel. “I was really against Christ for a lot of my life.”

A derisive arrogance prevailed in Kevin’s heart starting from the moment he discerned his Irish parents’ oppressive Catholic hypocrisy all the way up to the time he told his wife to trash her Bible or say goodbye.

As a member of an international dark-themed rock band, Kevin lived the life of drugs and adultery for most of his adult life. He would lock himself in his room to shoot up heroin but then — looking for a cheap substitute — abused methadone, which is supposed to transition addicts from heroin. 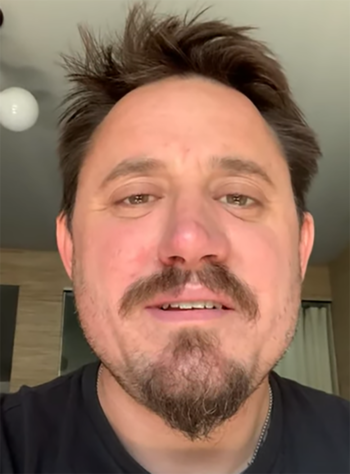 He lived with his lover and neglected his wife and kids, who knew about the betrayal of trust.

“I pushed my family beyond the breaking point,” he says. “I was quite literally dying. I thought I was living my best life. But my condition was so broken.”

Trying to detox after two methadone overdoses, Kevin writhed in emotional turmoil and physical agony for days on end with no rest. He was vomiting and couldn’t sleep.

“I was in the pits of despair and couldn’t take it any further,” Kevin remembers. While he had mocked Christianity for most of his life, he now cried out to God. “I said God, please have mercy on me.”

Nothing happened that night, but the next night he cried out again, this time to Jesus. Then something remarkable transpired. 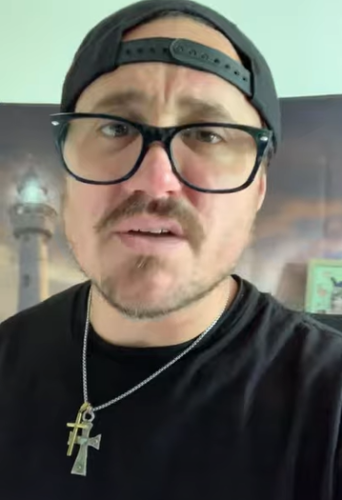 “I was in a fetal position shaking, sweating, unable to find any peace in my body or my mind,” he recalls. “As soon as I invoked his name (Jesus), I was given complete peace and rest. Even though I had spent most of my life blaspheming him and not believing in him and making fun of people who did, I was so broken and had nowhere else to turn that I just called out to him.”

For the first time in days, Kevin slept that night

“I immediately found peace, my body stopped trembling, my temperature and heart rate regulated,” he recalls.

He dreamed a profound dream that seemed so intensely real that it seemed more of a memory of a real event than a nebulous fabrication of the sandman.

“I couldn’t remember anything from the dream except two things,” he remarks. “One was the dream was about my wife, Kelly, whom I had committed much adultery against and put through much turmoil. And the other was the number 38.”

Kevin fell asleep and had another dream that again gave him the overwhelming sensation that it was a real event. But again, he couldn’t remember anything about the circumstances — except for two random facts, like the first dream.

“All I could remember was that it was about my son, Patrick, and the number eight,” he says.

The next day all he could think about was “Kelly, 38, Patrick, 8.” He could not redirect his mind to think of another thing.

What could it possibly mean?

Kevin realized he was traveling down the wrong path. All he knew was that he had been spurning his wife and son in favor for his girlfriend and girlfriend’s son.

He returned home and repented. His wife and child weren’t exactly thrilled to see him.

But he was trying to turn his life around.

Kevin turned to the only place he knew where he might possibly decode the message.

He cried out to Jesus on another night. Jesus answered in a dramatic way – reminiscent of Saul’s experience on the Damascus Road.

“I was struck by lightning in the head. I saw light in my head like a flash. I was hit,” Kevin recounts. “My first impression was that I’d had an aneurysm.”

He fell to the floor, got on his knees, and began to beg: “Please Jesus, tell me what it means.”

“More real than you can hear my voice or more real than any voice will ever be, I heard one word,” Kevin says. “It wasn’t my internal voice…It was quite literally the voice of God. Every fiber of my being of my entire collective consciousness heard God say one word.”

What was the word?

He had never read the book of Psalms. In jail he had read the Book of Revelations but only to find a basis to make fun of Christians.

So Kevin went to a bookshelf in the guest bedroom to dig out his wife’s Bible she received when she was baptized as a child.

“I knew exactly where it was because it used to burn me that it was in my household. I hated this book,” he says. “We used to fight about it. One time, I told her, ‘It’s this book or me. Either this book gets thrown in the trash or I’m leaving the house.’ My wife, bless her soul, told me, ‘Get out.’”

But now Kevin picked himself off the floor, ran to the guest bedroom, grabbed the Bible, dashed back to his bedroom, slammed the Bible down and immediately opened to Psalm 38:8:

I am feeble and utterly crushed; I groan in anguish of heart.

“Immediately in that moment, I was completely converted to full faith in Jesus Christ. He is the Way, the Truth and the Life,” he remembers. “I broke into tears and was hysterically crying.”

Kevin had alienated his wife and son with his lawless living.

The rest of Psalm 38 ministered to him.

“This Psalm saved my life,” Kevin says. “Jesus Christ saved my life. He showed me his truth through this Psalm. My life prior to this moment has been saved by the grace and mercy of God countless times.”