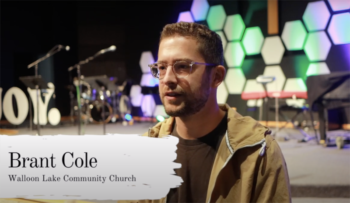 Brant Cole is a fiery 31-year-old pastor at the Walloon Lake Community Church, situated in an affluent Michigan resort town.  In 2019, he felt strongly led by the Holy Spirit to take a team of teenagers to their sister church in Haiti, he told God Reports.

Students from all three of their church campuses around Walloon Lake participated. The Haitian church they visited in the mountains in Desriveaux has a remarkable pastor who travels by foot or by motorcycle to seven churches he oversees. He tirelessly works to serve the poorest of the poor in the remote mountain villages around him.

During the days, they taught and played with the children, along with distributing food and supplies.  On the last day of the trip, Brant felt they had accomplished a lot, but his heart was burning for the “power of God” to be manifested. The night before, they had preached the gospel in the open square. He felt that there was still something left that God wanted to do. 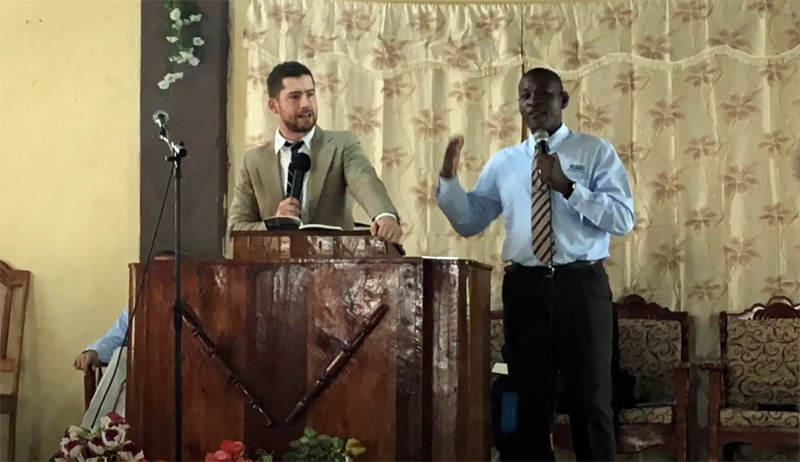 Brant was hearing from the Holy Spirit to pay attention. Suddenly as they were driving down a village street, he saw a non-descript woman and told the driver to stop the truck because he needed to tell her about Jesus.

This surprised woman kept saying that she couldn’t receive Jesus because she had too many debts to the devil. Repeatedly they told her that Christ died to take away every debt and every sin in our past. Surprisingly, she invited the team of young people to her house.

After sharing the gospel with her more fully in her home, the power of the Word and the Spirit burst into her heart and she was born again.

Later, they found out from other villagers that this woman was, in fact, the local witch doctor!

“Other Christians had for years tried to witness the love of God to her, but she refused,” Brant told God Reports. “Now we see the blessing of how God works. He brought a little team of willing teenagers to a distant land and wrought a miracle!”

But this was not the end of the story. The team returned to Walloon Lake and word of the miracle spread. Empowered by the Spirit, the teenagers began spreading the word about the greatness of God.

When COVID hit and everything was locked down, including the church, Pastor Brant was shocked to find the youth parking their cars with tailgates open to meet and study the Bible – they were having tailgate parties for Jesus!

He was further surprised to find these teens meeting on front porches, coming together to write sermons. The Word of God began to multiply and expand.

“These students were not just changed in their own lives, but are sincerely on fire for Jesus to change the lost around them,” he said. “The impact of what God did was indeed life-changing for everyone who went on the trip.”

Pastor Brant said the “z generation” that he ministers to has experienced the greatest change in communication since the invention of the printing press. “They have only known a life filtered through ever changing technology and media. In Christ alone and in the Word of God can they find something certain and unchanging that gives their life value and grounding.  The trip to Haiti and the salvation of the witch doctor was a defining moment in their lives!”