Hungary is aiding persecuted Christians around the world more than any other country, a CBN report states.

“Christians are the most persecuted religious group in the world,” says Tristan Azbej, state secretary for the aid of persecuted Christians. “There are 340 million people who are discriminated against or threatened or suffering genocidal attacks because of their faith in Christ.” 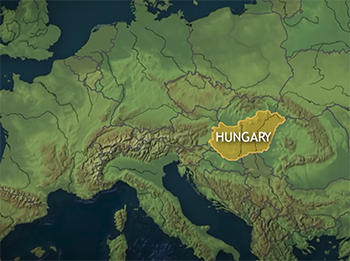 He works through the group called Hungary Helps. In four years, they have helped 250,000 people worldwide. They rebuilt 67 churches in Lebanon and completely rebuilt the Christian city of Telskuf in Northern Iraq after ISIS decimated it.

“Nine hundred buildings were damaged,” Azbej says. “The church was used for target practice by the jihadis.”

Of 1,300 families who fled Telskuf (also spelled Tesqopa), 1,000 have returned. After receiving help from Hungary, city leaders, in appreciation for the unconditional love, call their town “The Daughter of Hungary.”

Azbej spends most of his time traveling the world to flashpoints of Christian persecution, visiting seven countries on four continents in recent months.

When Azbej asks local leaders how Hungary can help, “they are truly shocked in the good sense that there is someone in the world that is actually caring about their faith.

Recently, he attended the International Religious Freedom Summit in Washington D.C. in hopes of drumming up more international support for suffering Christians.

“What we want to achieve is that next to the town of ‘The Daughter of Hungary’ there would be a ‘Son of the U.S.,’” he says.

While Hungary helps abroad, it faces attack domestically. Because it has affirmed the traditional understanding of marriage between a man and a woman, the nation found themselves in the crosshairs of the European Union, which is using its sway to demand Hungary implement the agenda of the LGBTQ community in its schools.

Up until now, Hungary has stood steadfast against such pressure to cave in to

“We are seeing a very strong lobby in the European Union to push gender ideology,” he says. “It’s such a strong initiative and lobbying power that eventually it will be mandatory to be implemented in the member states of the European Union.”

“We have confirmed in our constitution that marriage is between a man and a woman and that life has to be protected from conception,” Azbej says.

While he champions heroic action around the world, Azbej doesn’t see himself as a Hercules but says he draws inspiration from heroes from the persecuted church who are the true super heroes of today’s Christianity.

“I have been meeting with true heroes of the faith in the persecuted Christian communities,” he says. “I have gained such great strength from their testimonies, from their faith even despite all the threats and the humiliation they are facing.