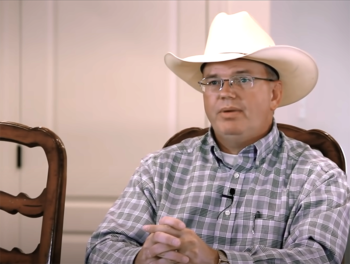 In response to a stepdad throwing boiling beans on his kids, scalding them gravely, Billy hunted down the suspect and murdered him and his uncle.

“I was so out of my mind,” Billy says on a Tony Evans video (no last name was given). “My kids were my life. I wasn’t thinking rationally and reasonably. All I was thinking about was revenge.”

A year later, he was arrested and began a long sentence.

Billy’s parents split when he was only six years old. He was left to his dad’s care but wanted desperately to find his mom. He would walk down the highway looking for his mom. Eventually, he found her. She was a functional alcoholic.

As an adolescent, Billy met a girl and got her pregnant. He was happy to be having a boy, “even though I was just a boy myself,” he says. But the child was stillborn.

He had two daughters with the young lady, but he didn’t know how to be a father or a husband, and she left him for another man.

The new man abused his daughters and got arrested, along with his former partner (who was taken into custody for child endangerment). 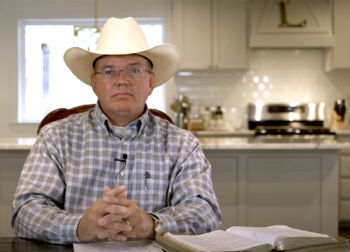 “I would begin to consume enormous amounts of alcohol,” Billy recalls. “I consumed whatever it was to take my mind off of its original state to keep from having to deal with these issues.”

When a couple of friends notified him that the perpetrator had been released on bond, “my next question was, where is he?” Billy says. “I made my way over to the condominium where this uncle and he were and I murdered them.”

“I had so much hate, anger, and bitterness and resentment that would just roll into my life and other people around me,” he says. “I began to express my faithfulness to rebellion so much that in fact the other gang members started to recognize me.”

He liked the recognition and respect he earned by getting into trouble.

Transferred to a prison in Amarillo, Texas, Billy got caught up in a gang riot that left one man in critical condition. The man was air-lifted to the hospital, where he lingered between life and death.

Three inmates who were supposedly “brothers” in Billy’s gang, fingered him as the responsible man behind the brutal beating. The warden called in Billy and produced the signed accounts accusing him. If spelled the death penalty for him. His only hope was that the beaten man would somehow survive in the hospital.

“When I walked into that cell, they took off the cuffs and before they closed that door I was crying out to a God that I did not know,” he remembers.

“God, I do not know you, but I will get the Bible and I will get to know You and I will serve You for the rest of my life even if You desire for me to serve You from the confines of this institution,” he prayed. I just got one request: Let that man live in the hospital.”

Billy then had to spend seven years in solitary confinement with food given to him through a slot every day.

But he had a Bible and a little radio that allowed him to listen to a Christian station.

Billy then married a woman by proxy, a special arrangement for inmates and military personnel. What did he want out of a marriage? Some affection.

Unfortunately, he didn’t get affection. He got defrauded.

While he was in jail, his mom dad. A large inheritance was granted to him, but he had to sign it over to his wife to receive it. The money would go mostly to cover his mom’s funeral expense.

The next thing Billy knew, the woman had taken all the money for herself and sent Billy divorce papers.

“I remember distinctly walking in that cell asking God how in the world could this woman do this to me,” Billy recounts. God allowed him to see what it was like to be victimized.

He spent 45 minutes on his knees in prayer. God replayed the memories of all the people he had hurt, both physically and emotionally. Billy asked God for forgiveness for each.

“When I rose up to my feet, I’m telling you, I experienced more freedom than I had ever experienced in my entire life,” he says.

Then the daughter of another friend came to visit him for the first time. She was 15 and an on-fire Christian. 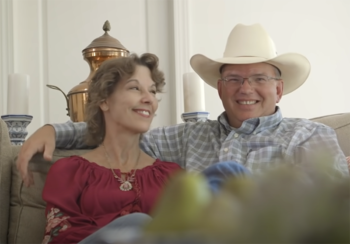 But the joy was not to last. Just three days later the chaplain came by to tell him she had died in a fire.

It was as if God was teaching him how to cope with tragedy and betrayal without resorting to violence or substance abuse.

With the hand of God, Billy pulled through.

He was winning souls to Christ in prison and growing in the Lord.

After many years, Billy was finally paroled. The ministers who had befriended and discipled him in prison continued their contact with him after his release.

He was introduced to Fertile Grounds Christian Transformational Center in Houston, a place to help released inmates transition to life outside prison. He quickly was appointed manager of the facility.

Today Billy is married and takes care of nine stepchildren.