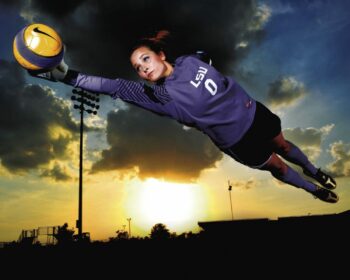 When a driver found Mo Isom suspended by her seatbelt upside down in her rolled Jeep, with her face bloodied following an accident, she kept saying with a smile: “God is beautiful.”

Mo had asked God to “wreck” her life after her father committed suicide.

“I didn’t realize that God would answer my prayer so literally,” Mo says on a 100 Huntley video. “My vehicle lost control, flipped three times and landed upside-down in a ravine at 1:30 in the morning. He wrecked my life, but He revealed himself to me in that wreckage.”

Mary Isom (simply “Mo”) an All-American soccer star, fiercely loved her perfectionist father, who gave her the silent treatment when she fell short.

Of course, this developed into a performance-based understanding of God. “I do good things, I get blessings,” she explains. “I do bad things, God turns his back on me.”

Mo looked forward to college as a fresh beginning. As a soccer star on the team at Louisiana State University, Mo wanted to leave behind the bulimia she struggled with in high school.

At college, she stumbled across Matt 11:28: Come to me, all who are weary or burdened and I will give you rest.

The verse ministered to her greatly. 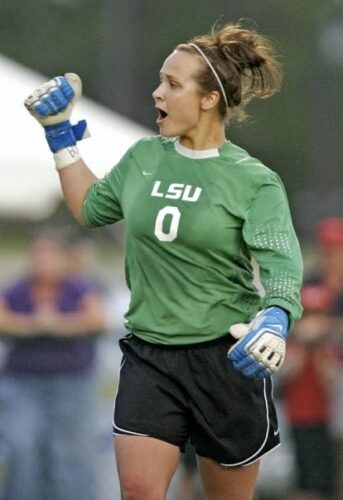 But then her dad put a bullet through his heart Jan 3., 2009 in Huntsville, Alabama, when his business soured.

“I was punctured as deep as you could imagine,” she remembers. “It left a gaping hole in my heart.”

The relationship she was trying to develop with God unraveled as guilt, shame, blame, grief, and rage cascaded unchecked through her heart.

She prayed with a sense of urgency: “God, if You are real, do something.”

“Wreck my life,” she blurted out in prayer, not knowing what to say.

It was a desperate cry not entirely devoid of meaning. So overcome with grief and the senselessness of her father’s suicide, she too wanted to die.

Almost a year later, God answered that prayer. For Thanksgiving, she was driving home late at night on the Interstate and lost control of her car. It rolled three times down an embankment, smacked against a tree and came to rest on its roof in the bottom of a gulch. 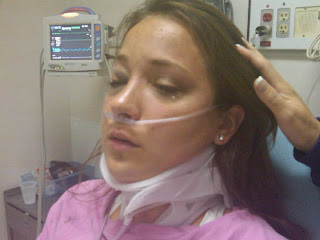 Fortunately, a retired Navy paramedic saw the accident and came to her aid. He clambered down to her car and found her in and out of consciousness. But when she was awake, what he saw baffled him.

Her book Wreck My Life recounts the testimony of the prayer of frustration and its literal fulfillment, and how God spoke to her by keeping her alive and showing her He was real. 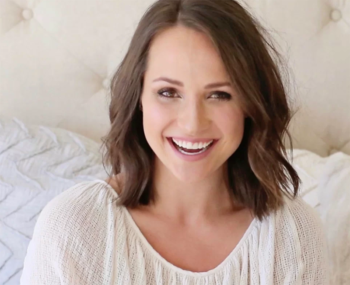 “The Holy Spirit just entered mightily, transformed my heart, revealed and downloaded the depths of the gospel into me, and wrecked my perspective of everything,” she says.

Not only did Mo recover, but she went on to set the LSU all-time school record in women’s soccer with 35 victories and 25 shutouts. She is a goalie and once scored a 90-yard goal with a rocketed free kick from her area that bounced over the opposing goalie’s head.

Today, Mo, 32, is married, has three kids, and lives in Atlanta, Georgia.

“You are not defined by your past or your plans,” she says. “You are only defined by the scars on Christ’s hands.”