As a girl growing up in the Kurdish area of northern Iraq, family meant everything to Taylor.

Her mother’s first husband was killed trying to stop a fight between two friends. “She was pregnant with my older sister,” Taylor Moy recounts, in a talk she gave at Heritage Church in San Clemente.

“My poor mama had her daughter and went back to her family. It was a hard time for her.” 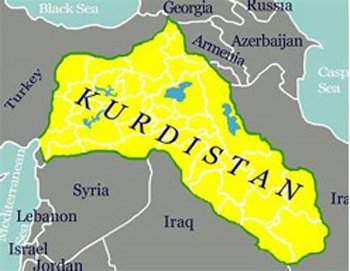 Then she met and married Taylor’s father – a wonderful man — a very well-known actor, writer, and director in Iraq. “Anywhere we would go people knew us. They would never let us wait in line.”

Her father was also an advocate for women’s rights, a position that ran afoul of Saddam Hussein’s government. “The Ba’ath party came in the middle of the night and took my dad. Nobody knows where they take you or where you go.”

After her first husband’s death, the arrest of her second husband was emotionally devastating, partly because she was five months pregnant with Taylor at the time. She did everything she could to induce an abortion by jumping and carrying heavy objects.

“But God had a plan and it didn’t happen!” Taylor says.

Saddam Huessein’s Ba’athist party would not allow her mother to use the hospital for Taylor’s delivery, so at the appointed hour, a midwife was summoned. “I was breach, and it was a hard labor,” she says.

During the delivery, Taylor’s hip dislocated, which wasn’t noticed until she began to walk with a limp many months later.

During his two-and-a-half-year imprisonment, Taylor’s father was tortured. “They did all kinds of things to break him. They tortured him with a hot iron and he was in so much pain.”

Meanwhile, Taylor struggled with her disability. “I grew up limping,” she says. There was a two-inch difference between her legs, which resulted in chronic pain. In that culture, people thought God was punishing Taylor and her family.

After high school, Taylor studied nursing because she wanted to help others with disabilities, especially children.

Due to various threats, her family had to evacuate their home on four different occasions. “We would take a few clothes and escape to the mountains. Her parents’ and grandparents’ homes were bombed, so she has few photographs that survived her childhood.

During the Iran-Iraq war, the town she grew up in, Sulaymaniyah, was flattened by the Iranians. “I have several uncles and I’m not sure if they are alive or not. It was very difficult to grow up in war.”

“We were raised that you had to be home by seven in the evening. There was a whistle in the neighborhood so we would know the Ba’ath Party was coming into our village to look for young people, to take into the war. We had to hide my three brothers.”

Sometimes her brothers would hide behind the water heater, sometimes they would hide on the roof and jump from roof to roof, until the trucks left.

Once, they hid her brothers for four months in another village. “The Kurds always had a hard time. Saddam always wanted us to fight for him, but we didn’t want to,” she says.

Sixty people applied for a position at the new center, and Taylor was one of the few chosen.

A warning about American men

After her hiring, she was warned that all American men are womanizers, based on what could be seen in Hollywood movies and their depiction of American culture.

One day the director of the center, Patrick, began to ask Taylor many questions. Taylor thought to herself,  He can’t talk to me in public. It would bring shame on my father if I talk to any man.

“I can’t talk to you like this here,” she told Patrick, “but I will invite you to my house and we can talk there.”

When Taylor invited Patrick over to her parents’ home, she didn’t know he was a Christian. “My mom made cookies and tea and my dad invited him to come have dinner with us every Friday. Patrick loved it, because he liked food and he kept eating cookie after cookie.”

Taylor’s mother gave Patrick a basket of cookies when he left. He brought the empty basket to work the next day with two little books inside. One of them was Billy Graham’s book in Arabic, How to become a new person. The other was the Gospel of Luke in Kurdish.

I wonder why he’s giving me these books, she wondered. She began to read them, learning about Jesus for the first time. “I loved the parables. I loved the one about not looking at the fault in someone else when the big log is in your own eyes.”

Taylor went to her father and asked, “What is this about? They are talking about this man Jesus…”

Her father looked at her sternly. “Don’t tell anyone you are reading this!”

Remarkably, Taylor’s father did not forbid her from reading the Christian books.

A week later she saw Patrick and asked if he had any more books. He gave her an Arabic Bible and a video about Joseph.

She was amazed to see that Patrick prayed before a meal. All she knew about Americans was what she and her family saw in movies. This man is different, she thought. He’s not a womanizer, but why is he going into all these homes and having meetings?

Discovering the power of the Word and the Spirit

As Taylor began reading the Old and New Testament she thought the stories were amazing and powerful.

One day she joined a team that drove three hours to take a walker to a home near the border with Iran.

When a woman answered the door, she was crying. “I don’t think I can use the walker because last night my baby, two years old, got a seizure and she can’t even lift up her neck. She can’t do anything.”

“Tell her we want to come in and pray for the baby,” Patrick told the woman through Taylor, who was translating.

When the woman heard the request she said, “He’s American; what do you mean he wants to pray?”

“Let him come in and see what happens,” Taylor told her.

Patrick prayed over the baby for 10 minutes.

A few days later the mother of the sick child showed up at their center. “Where is that man? I need to see him. Within 30 minutes after you prayed, my baby got up and walked!”

God had performed a wonderful miracle!

Taylor was shocked by the healing. “It is amazing when you encounter God,” she says.

Patrick stayed at the center for three years. It slowly began to dawn on her that Patrick was one of the leaders of an underground church. “They sang songs and read the Bible in their offices. They even had Kurdish songs in their worship. We went on the mountain at Easter. I loved it. I was having more peace.”

Taylor had fallen in love with Jesus and Patrick but can’t remember the exact moment when she was born again. She began to meet with a woman helping her grow in Christ.

“My mom and dad begged me not to tell anyone.”

A doctor visited the center from Oregon and told Taylor he could perform a surgery on her hip, but she would have to travel to the United States.

She began to fast and pray regularly to see if that could happen.

Denied a visa to travel to the U.S. from Iraq, she went to Istanbul, Turkey and tried to get a visa there, but was also denied.

Patrick returned to the U.S. because his mother was sick. He sent word he wanted to get engaged to Taylor, but the authorities still refused to give her a visa. On top of that, she lost her passport and couldn’t return to Iraq.

“I prayed so hard,” she recalls.  Then one night Jesus appeared to her in a dream. She could see the scars on his feet.

Why are you crying? He asked.

Don’t you know I have two men (angels) assigned to you, He told her.

In her dream she saw the two angels and they were so tall she couldn’t even see their faces. The dream brought her peace that everything would be okay.

Taylor traveled from Istanbul to Ankara and found a place to live. After seven months she got a call from a man saying he had her passport. She went to meet him in the lobby of his hotel. He said he would give her the passport, she could marry him, and he would take her out of the country.

“Are you kidding me, after what you did?” she exclaimed. “Give me my passport. I am out of here!” She grabbed the passport and ran out.

Taylor was baptized in Turkey and lived with a wonderful Christian family.

Then she went to Amsterdam with YWAM. “My love grew for the Lord. There were so many stories. The Lord used me in Amsterdam. He also provided me a family in Amsterdam. The Lord did a lot for me.”

Even as Taylor ministered in Amsterdam, in the back of her mind she was still hoping she could go to the U.S. for the surgery on her hip.

She went to the embassy to see if she could get a visa. “After two years of prayer, I got my visa!” she says.

She arrived in the U.S. in 1998. The Lord put Patrick and Taylor back together and they were married shortly after her return.

Recently Patrick was diagnosed with Lymphoma. “I have no doubt my family will stand with me,” Taylor says. “If God has gone that far to save me and bring me into a family, I am part of the family and I know they will show up for me.

“When God wants to go after someone, it doesn’t matter how far, how difficult, how far the person has gone, He gets ahold of you. There are no boundaries for God.

“God did put me in a loving family every step of the way!”