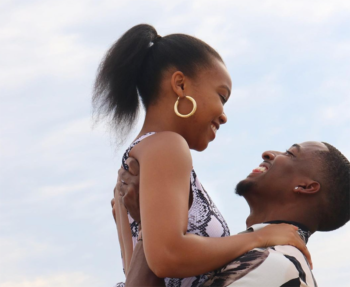 “Dating was my license to everything, ice cream with sprinkles on top, sushi on the side,” the New Jersey beats producer says on his YouTube channel. “I was using these types of things as void fillers. That didn’t last long. We began to get convicted.”

The discord arose when his girlfriend, Mags (Margaret), “flowed with” the conviction from a certain “Night of Prayer” they attended, while Joe stubbornly resisted to the point that they broke up.

“I tried to ignore it like everything is all good,” Joe says. “I put on this front. I’m playing 2K (basketball on Xbox) like none of this bothers me. But deep down when I was alone with God, it really did bother me.” 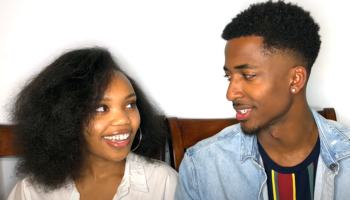 “We had to stop sex, but the mindset I had was such a stronghold. I was not obedient to God. I wanted to hold on to that one thing that I thought was my manhood. That cost us the relationship.”

Joe was “bawling” in the car when she broke off the relationship.

“You would think that I would snap out of it, like, yo, it’s not worth it,” he remembers. “But of course not. When you’re stubborn, you run into a brick wall 300 times thinking the next time it’ll be softer.”

As heartbreaking as the breakup was, it was also “transformational,” Joe says. Mags went to church three times a week, got a Christian mentor and devoured God’s word.

Meanwhile, Joe went through his own soul searching. 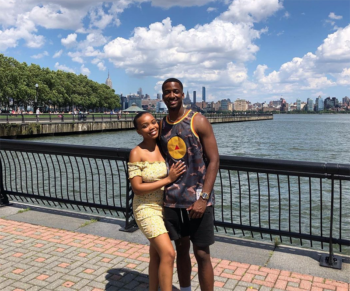 “Once we broke up, I was like, yo, how much a part of me was that person? When you have sex with each other, you guys are actually exchanging souls. It’s deeper than just pleasure, boom, boom, boom, we’re out of there and we’re done. Soul ties are real.”

God showed Joe that the holes in his heart needed to be filled by Him, not sex. He needed to make God first and change his group of friends to break free from a worldly mindset.

“I had to be a man,” he says. “Sex was never worth not submitting to God and following His word.”

He wasn’t trying to win her back. He was trying to get closer to God.

But still his heart was set. So, after five months, he messaged Mags through Instagram about his repentance. 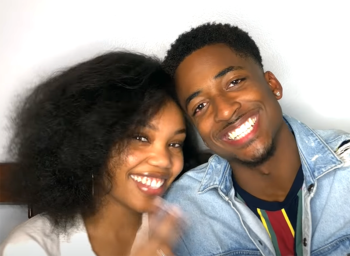 Of course, Mags was skeptical about his sincerity.

“You was hell-bent on not changing and now all of a sudden you want to change?” she responded, incredulous.

Joe visited her for ice cream.

“I was completely caught off guard,” she says. “We were just catching up. The beauty of it was God gave us a clean slate. It was like I was talking to someone brand new. We weren’t holding on to things from the past.”

Next, he picked her up from the airport and took her… straight to church. At Abundant Life Family Church, they had the support group to help them nurture a renewed relationship, one based on respect and purity.

They didn’t “date.” They engaged in “courtship.” The difference in terms indicates a different approach, the first is playing with fire, the second is respecting and cherishing fire and saving it for its proper use.

“I wanted to do this officially,” Joe says. “I started everything over. I asked her to be my girlfriend again. We started dating with the intent of marriage with God in the center.”

“When you submit to God and His will for life, the scripture says you will succeed,” Mags says. “Submit to Him because He always wants the best for you.”

Because the stopped the premarital sex, smaller gestures became hugely significant, like a simple hug.

They also found they didn’t bicker.

“It still takes work,” Joe says. “I don’t want anyone to think that courtship is a cakewalk. But God gives you the tools. The enemy doesn’t want this to happen; look at divorce rates. What’s the secret of staying married for 50 years, you get a man cave? No, marriage takes work, effort, serving one another, submitting to one another. 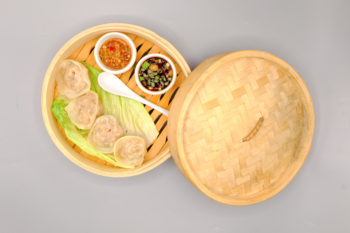 Joe and Mag got married recently.