The Temple Mount on Mt. Moriah is considered the most sensitive piece of real estate on the face of the earth. Abraham, in obedience to God, traveled there to offer his son Isaac as a sacrifice, then God provided a substitute.

A thousand years later, God directed King David to buy a threshing floor from Araunah (Ornan) and the surrounding land on Mt. Moriah as the spot for the first Jewish Temple, ultimately built by his son Solomon.

The 37 acres that comprise the Temple Mount is considered deeply sacred to Christians, Jews, and Muslims, with several Islamic holy sites there, including the Dome of the Rock and the Al-Aqsa Mosque.

Many Christians believe a third temple will be built on the site of Solomon’s temple in line with Bible prophecies (Daniel 9:27), but the Mount is currently controlled by the Islamic Waqf of Jordan. Some maintain the Dome of the Rock is situated on the spot of the former Jewish temple, which creates a massive problem for plans to rebuild.

Any efforts by the Jewish people to construct their Temple on or near the Dome of the Rock could potentially trigger all-out war.

Christian Widener, a PhD in mechanical engineering and formerly a professor at the South Dakota School of Mines, did a deep dive to discover the exact whereabouts of the former Temple in his new book, The Temple Revealed.

He didn’t begin with any preconceived ideas about the location. “I wasn’t trying to develop my unique view of where the Temple was located,” he told God Reports.

“I wanted to know precisely where it was and could it be known reliably or not?” he says. 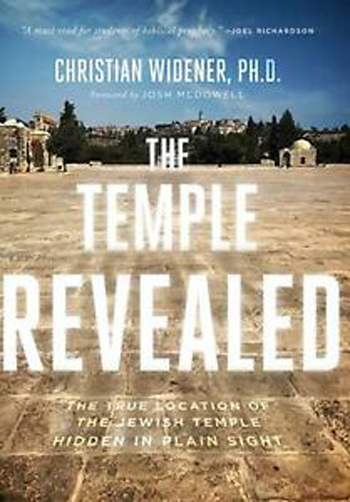 “For many Christians the rebuilding of the temple signifies the final steps before the physical return of Jesus Christ to the earth.”

After exhaustingly sifting through the competing theories about the true location, Widener’s conclusion is a modification of the view held by Dr. Asher Kaufman, a professor at Notre Dame, which located the Temple in the northern portion of the Temple Mount, with the Holy of Holies situated on the Dome of the Spirits (Tablets), which Widener convincingly demonstrates as the original threshing floor of Araunah.

“When God chooses a place for his foundation, they will not be lost and cannot be moved,” Widener notes. The stone in question on the Temple Mount is roughly 10 feet in diameter, a flat piece of bedrock, its surface pockmarked by time, the elements, and the possible movement of an ox pulling a sledge in a circular fashion around it, separating the wheat from the chaff.

Behold, I am laying in Zion a stone, a tested stone, a costly cornerstone for the foundation, firmly placed. (Isaiah 28:16)

Like a datum point used by a heavenly builder, the entire Temple Mount platform was set to the level of this stone.

Widener goes a step beyond Dr. Kaufman in presenting the Temple’s alignment with the Golden Gate, the gate that faces east, seen prominently when standing on the Mount of Olives. “The famed Golden Gate is the true eastern gate of the First and Second Temples and marks the east-west line of where the temple should be rebuilt.”

“To make sure it would never be opened again, the Ottoman sultan Suleiman the Magnificent had it walled up in stone in 1541. It is reported that he sought to prevent the Messiah of the Jews and Christians from ever entering through the gate,” he notes. (The gate had already been nailed shut for centuries when Suleiman walled it up.)

The 3,000-year-old gate has been shut for most of the last 2,000 years, in line with a prophecy in Ezekiel 44: Then the man brought me back to the outer gate of the sanctuary, the one facing east, and it was shut. The LORD said to me, ‘This gate is to remain shut…because the LORD, the God of Israel, has entered through it.’

Jesus, the Messiah of the Jews, rode through that gate on a donkey, in his triumphal entry into Jerusalem on April 6, A.D. 32, presenting himself as King, fulfilling one of the most amazing prophecies in the Bible, contained in Daniel 9. (Date cited by Don Stewart and Chuck Missler in their book The Coming Temple) 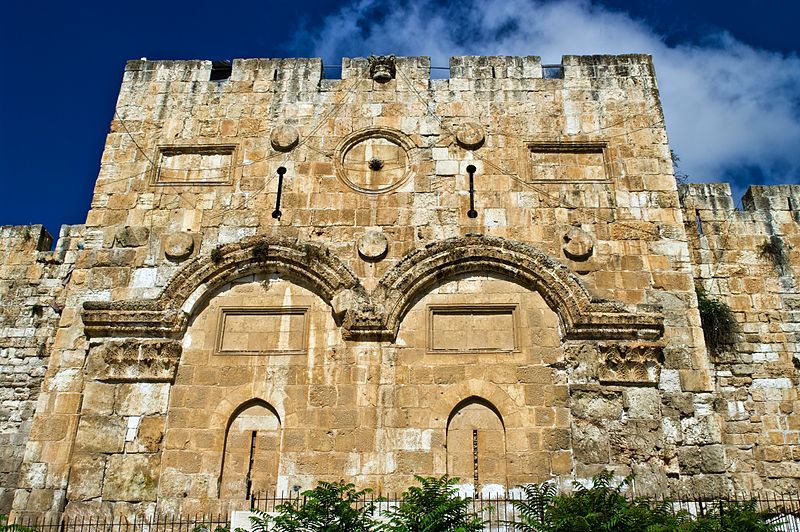 After Israel gained control of East Jerusalem in the Six Day War (1967), Moshe Dayan inexplicably surrendered control of the Temple Mount to the Muslims. However, this too fulfilled a prophecy Ezekiel 44: You have not kept charge of My holy things yourselves, but you have set foreigners to keep charge of My sanctuary.

Widener believes the Temple could be rebuilt without disrupting the Muslim holy sites. “It’s not a case of either the Dome of the Rock or the Jewish temple. Clearly the Jewish temple could be rebuilt now without a significant impact to existing Islamic religious sites. This large open courtyard is essentially a blank slate where building could begin almost immediately and in earnest (political obstacles notwithstanding),” he writes.

“Political obstacles” may be Widener’s greatest understatement in the book. But many Christians in the 1800s could not envision a rebirth of the state of Israel. More recently, it seemed politically problematical to move the U.S. Embassy to Jerusalem or for the Abraham Accords to be achieved. So if God has ordained it, it will happen in ways we might think improbable.

Widener lays out a few scenarios in which a joint use plan for the Temple Mount could be implemented. “If Jordan ever became destabilized then they may no longer be in a position to properly manage the Waqf, in which case Israel would likely assume control for security reasons,” he posits.

“As a compromise, I believe it would be possible to use the northern approximate one-third of the temple complex to house an Israeli-controlled area…The southern portion would then be mostly a separate Muslim zone including the Dome of the Rock and Al-Aqsa Mosque that would remain under status quo conditions,” Widener explains.

He imagines a comprehensive peace plan put together by Israel, moderate Islamic nations, and the U.S. which includes Jews being allowed to pray on the Temple Mount and rebuild their holy temple.

“God says I chose this place for my throne and for the soles of my feet. When Christ comes to rule and reign, He has chosen that spot. I believe Him. I take his Word as truth,” he told God Reports.