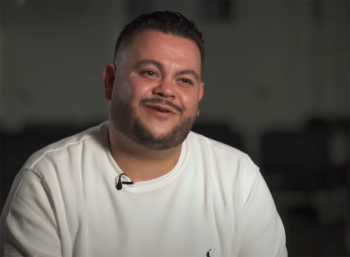 On the plate where little Greg Colon had left cookies and milk for Santa on Christmas Eve were empty syringes on Christmas morning, evidence that his dad had abused drugs — again.

The embittering experience of substance abusing, absentee parents pushed Greg into copying the cool, law-breaking kids in his New York neighborhood. When he dropped out of high school, he opened a barber shop as a front for trafficking drugs.

“I loved the way I was living, I loved what it could do for me. I loved how it made me feel,” Greg says on a CBN video. “It was all about me. It was about money; it was about greed and it was about self-indulgence.”

At age 9, Greg moved in with his grandparents, who offered him precious little in terms of material things but gave him and his brother love. But the lack of acceptance from his parents’ neglect left him with a hole in his heart that he tried to fill with worldly possessions. 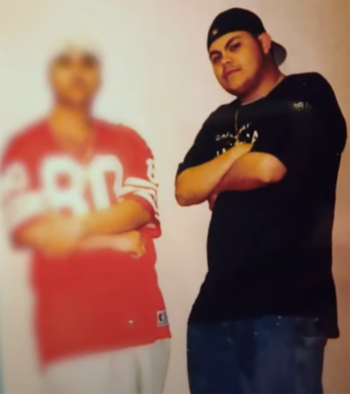 “What attracted me were the more violent kids, kids who always had the nice sneakers, the nice clothes,” he confesses.

When his grandfather died, Greg, at age 12, lost his own compass in life.

“He was somebody who really got me as a kid and actually cared for me,” Greg remembers. “Then he was gone. I was just empty inside.”

With no positive role models in his life, Greg fell into running the streets and selling drugs. At age 15, he dropped out of high school.

The one bright spot was when he was 15 and his dad, who tried to reform, gave him a professional barber’s clippers. Cutting hair was something Greg enjoyed.

“In my heart it meant the world,” Greg says. “It was like a real good pair like a professional pair of clippers.”

It certainly helped improve their relationship, but it didn’t undo a lifetime of neglect.

When Greg’s heart was softening towards him, his dad died of AIDS. The tragedy was compounded by the fact that he would no longer be able to improve his relationship with his dad. Greg was only 19.

He opened a barber shop. He clipped hair, but most of his money came from selling drugs. At the same time, he was using drugs, which made him feel good regardless of the condition of his heart.

“I was making money to do things to give myself things that people couldn’t give to me before,” he says.

As the years drew on, he made a couple of half-hearted attempts at drug rehab.

But at age 34, he lost everything. At the urging of his sister, he enrolled in rehab once more. Once that was done, he moved into Christian sober living in Alexandria, Virginia. That’s where he met Pastor Garett Kell.

“He opens up the book of John, and right away, he starts pointing me to Jesus,” Greg recalls. “He was like, ‘He loves you.’

“I never thought anybody loved me,” Greg says.

The pastor’s faithful witness, along with the power of God’s Spirit, melted his heart. Greg surrendered to Jesus Christ as his Lord and Savior.

“My world got flipped upside down, and Jesus did all that,” Greg says. “I got some sort of freedom. I got peace in my heart. My life has changed. I’m a man of the Lord. I’m the son of a King.”

Now when he clips hair, Greg is no longer peddling drugs from the back. He’s peddling Jesus from the heart. Every haircut is the chance to share the love of Jesus.