Jessa was raised to be a sex slave by her mother and father. They told her she lacked the intelligence to be anything other than a prostitute. While children her age were attending school, Jessa was forced to pose nude for lustful men.

“My earliest memory that I have was being shown pornography of me as a toddler,” Jessa Crisp told CBN. She endured sexual abuse as well as buyers who came to their home exchanging money for time with her body. Instead of dropping her off at Girl Scouts or soccer practice, she was taken to several brothels.

Jessa lived as a veritable prisoner, trafficked by her own parents.

“‘You’re too stupid to do anything but be a prostitute and that’s why you can’t go to school,” they said.

Members of a religious cult, her parents didn’t allow Jessa’s 10 brothers and sisters to go to school either.

Jessa’s perspective of God was filtered through their aberrant theology. “I was taught that God was an angry person. I was afraid to get to know him. I was scared of him in the sense of ‘If I don’t do everything perfect, if I am not perfect, then I’m not going to be okay. I’m not going to be able to get through this and to live.’”

Unbeknownst to Jessa, God was pursuing her, imparting in her heart a yearning for something better.

Jessa began to yearn for freedom from her circumstances and attempted several times to run away.

Failing in her attempts, she tried to mentally escape whenever she could. “I had a lot of daydreams that like someday I’d be rescued, or someday that I would be able to live with freedom.”

In desperation, she cut herself and thought about suicide.

In 2007, at age 20, Jessa was selected by the cult’s leader to attend a camp for girls held in a remote location.

One afternoon at the camp she went for a walk by herself and something unusual happened.

“The sky became completely black, the loudest thunder that I’ve ever heard in my life took place right over my head. And then out of the heavens came this big, huge lightning bolt that touched the ground so close to where I was standing a couple feet away. And in that moment, I just started to call out, like, ‘Jesus, if you’re real, if you’re real, save me, save me!’

Then God broke through! From the heavens she heard an audible voice saying, The enemy has not won, I have claimed the victory!

“I knew without a shadow of a doubt that that wasn’t this God that I’d been taught, but rather a God who cared about me and a God who saw all of that dark evil that took place in my life, all of the trauma. He saw it all and that he was the light. And that was so profound. I also learned in that moment that as a woman, God can talk to me and that I can communicate with him and that I don’t have to go through…a cult leader.”

Wanting to know more about Him, she began reading the Bible.

“Okay, God, I accept Your forgiveness and I want to know You,” she responded.

A year later, she was at a Kansas City hotel when a woman slipped her a phone number. The woman had the discernment to recognize the signs of someone being trafficked.

Jessa called the phone number and the woman helped her buy a plane ticket to Denver, Colorado. She drove Jessa to a safe house, where Jessa began a faith-centered healing journey.

First, she learned about the true character of God. “I started to find that He was completely opposite of the God that I had been taught. He cries with me, He cares for me, He loves me in that tender, intimate way…He created me to just be me and He created me to worship Him.”

During her recovery, Jessa was adopted by Jody and Linda Dillow. She earned her GED, graduated college at the top of her class and got a master’s degree in clinical mental health counseling.

At that time she also met and married her husband, John. Together, they founded BridgeHope, a nonprofit to help victims of sex trafficking. Jessa says her life has been transformed by God, according to CBN. 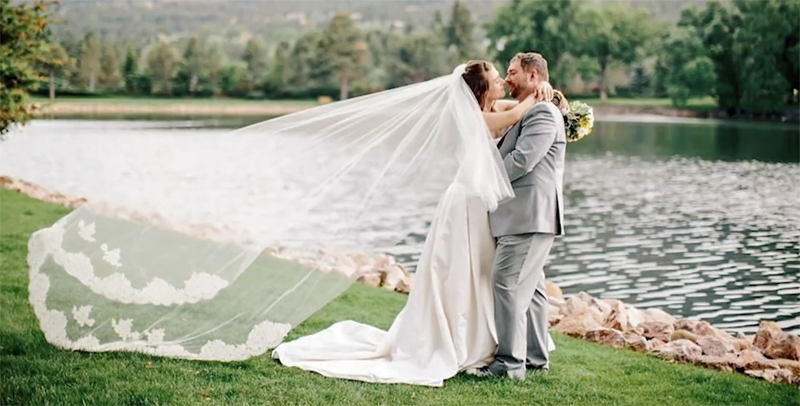