A tent revival that started April 22nd in Smyrna, Tennessee, has continued to touch hearts and lives with an outpouring of God’s Spirit, including many children brought by their parents.

“The billion youth harvest starts here, it’s now, and we’re not putting them inside separate rooms at this time to draw in coloring books,” says Munday Martin, who — along with his wife Jennifer, launched the meetings. “When the Glory shows up they feel Him and they want Him. This is it. This is what we’ve been praying for! It’s happening and it’s here in America!

The Martins are the founders of Contagious Love International, a prophetic healing and evangelism ministry based in the Nashville area. Munday was saved in 1999 following a dream in which he caught a glimpse of Heaven and Hell. After this encounter, Munday gave his life to Jesus and was called into a ministry.

“Dozens and dozens of people are coming forward to receive Jesus Christ just in the last seven days and are immediately being water baptized,” Munday noted on his Facebook page.

New believers are being discipled in small groups and online, with the hope that a disciple-making movement can continue, no matter where people live. “This is not about head counting numbers at the altar, it’s a move of God that recognizes that one God encounter is just the beginning of a true disciple’s life, and we are committing to teaching and training these people to truly know Jesus,” he noted.

The Martins had been involved with street evangelism in their community for “365 days straight” along with prayer and worship online. They felt directed by God to put on a four-day event under a tent in a field, which was extended due to a “massive outpouring of the Holy Spirit every night.

People are weeping at the altar, giving their lives to Jesus, youth and adults are encountering Heaven, being healed, demons are leaving people that have been hiding there for years, deaf ears have opened, and the glory of God is overwhelming people who have never experienced that, according to the Martins. 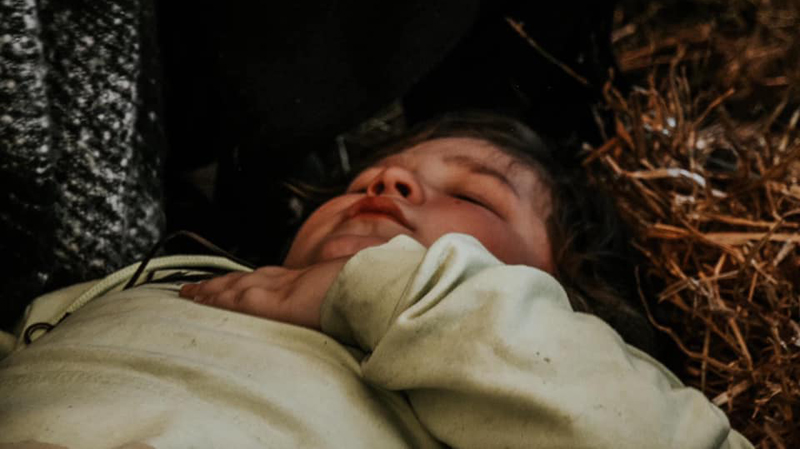 “Many people are getting so inebriated in the Shekinah Glory of God in this revival, they are waking up the next day drenched in the Presence of God,” Martin noted on Facebook. “I’m telling you friends, this is one of the strongest outpourings of the Glory I’ve felt in years and years.”

“What is even more exciting is many of them are young kids, who after being filled with the

Spirit, receive their prayer language, go home, and are still elated in God’s Presence on their parents’ floors!”

The prayer team is seeing multiple demon deliverances every night. “This is a strong glory realm like we have never seen in 20 years. Marriages have been healed from this revival. A couple headed for divorce reconsidered because of the healing and deliverance they individually experienced and now they are working it out. Another couple got baptized together and said they have fallen completely in love with each again! Hallelujah!!!”

Because the tent is located in a field off I-24, they’re calling it the “Field of Dreams” tent revival.