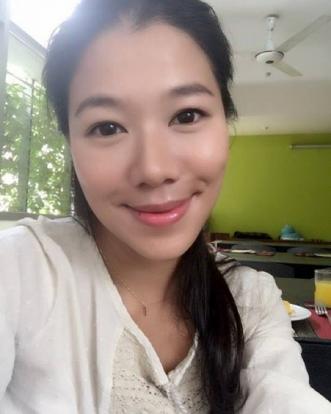 By participating in a talent contest sponsored by MTV, Belinda Lee of Singapore thought she might win a shopping spree or a 3-day vacation in Bali. She never fathomed that by winning she would wind up with a full-time job hosting a show and interviewing celebrities.

“The entire media of Singapore came and started interviewing me: ‘How does it feel to be an MTV VJ?’” she says on a Salt and Light Singapore video. “I was thrown into the limelight and I had to mingle with big international stars and regional stars all the time, so I flew all over the world.

“I wasn’t a Christian, so I was living a godless life, a life of no purpose, a life of no meaning. It was just party after party, but deep down, I was always searching for something more.”

Belinda found “something more” when her mother contracted cancer and, in a crisis-induced search for meaning, found Christ. 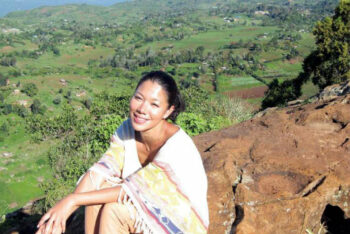 “Many people were most deeply moved by Mom’s unwavering belief in God,” Belinda says. “It was Mom’s faith that strengthened my faith.”

In 2013, Belinda accepted Jesus and began attending New Life Community Church in Singapore with her mother.

From the moment she found Christ, Mom emanated joy and smiles and a servant’s heart. Her battle against breast cancer appeared hopeful for a time, but then she relapsed two-and-a-half months later and passed into the arms of her Savior.

“She had no strength to even sit up, but at midnight she would hold the window grill and walk to the wardrobe where there is a mirror. She would look in the mirror and with all her strength say aloud in Mandarin: ‘Jehovah, please bring me home,’” Belinda recounts. “She did this every other night, and I wondered to myself, where does she even get the strength? My mom has left a legacy: because of her, my uncle and Indonesian helper received salvation.”

In 2016, Belinda got her break into acting by portraying Brenda in a 13-part drama about cancer survivors called BRA.

In 2014, she was appointed World Vision’s goodwill ambassador.

“I remember the Lord speaking to me one day on the set,” Belinda says. “He said very clearly that He wanted me to be His mouthpiece, a voice for those that had no voice. Through hosting, I am able to go to so many places to witness poverty. I guess He really has His plans and He knows what He is doing. If I had not gone through depression, poverty, and low self-esteem myself, I wouldn’t have been able to empathize with people going through the same things.”