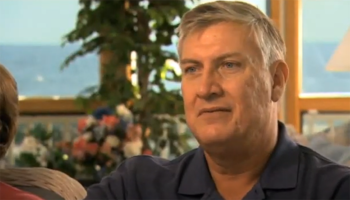 The nurse nearly passed out when Jim Аndersоn repeated to her what she said outside the room when he had a near-death experience during a full-blown cardiac arrest in the hospital.

After returning to earth, he hovered over his body as doctors electro-shocked his heart so many times they burned the skin on his chest.

The nurse just outside the room commented to her colleague: “I don’t know why they are working so hard. He’s gone. If they bring him back, he’ll be a vegetable.” It was a harsh reality born from her experience in ICU.

She never expected the patient to wake up and repeat her words to her – words he couldn’t have heard.

Jim felt infinitely drawn to Heaven, but he has such great love for his wife that he asked Jesus to allow him to return to Earth. “Lord, I love you so much, but please let me go back,” he recounts on a CBN video. “My wife needs me, my children need me so much, so much. Please let me go back.” 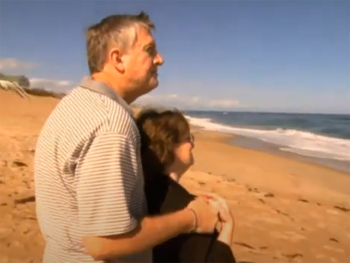 Jim Anderson had experienced heart problems for the first time in the previous year. His doctor said it could be related to stress from the 12-hour days Jim put in as a supervisor at a waste management plant.

On the fateful day, Jim was in his bed resting when a wrenching pain seized his chest. He called his adult daughter with a blunt message: “You’re going to have to get me to the hospital. I’m not going to make it.”

At the hospital, Jim flat lined. The doctor applied the electro-shock pads on either side of his heart. The electrical pulse often restarts the heart beating. But for Jim, repeated shocks did nothing.

“I could see everyone rushing into the room, but I couldn’t hear the alarms going off. It’s like I had gone under water. The hearing had just faded away. That’s when I began to pray. I knew I was dying. I wasn’t scared praying. As I prayed it got darker ‘til the point it went black.”

As his body remained on the hospital bed where the doctor administered shock after shock, Jim traveled towards a light.

“It was beautiful. It wasn’t blinding but pure and perfect,” he remembers. “As I started to go towards the light, I could see the outer edge of it begins to spiral. And I couldn’t figure out what that was. But as I got closer, I could see it was the words of prayers revolving. The words broke off, going into the light. And I followed into the light. 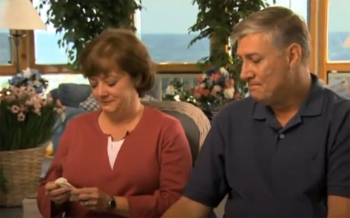 “I felt I was being embraced, safe and secure. It felt wonderful. It felt like total love.”

Then Jesus returned him to Earth. He hovered over the medical staff trying in vain to revive him. Where was Debbie, his wife? he wondered.

I am hard-pressed between the two, having a desire to depart and be with Christ, which is far better, Paul wrote in Philippians 1:23-24. Nevertheless, to remain in the flesh is more needful for you.

This was Jim’s dilemma.

And he chose his wife and family.

When he revived, the doctor and the nurse were shocked.

“I came back to a world of pain,” Jim says. “It was like coming back out of the water. My hearing came back. I could hear them telling me, ‘I can’t believe he’s back … he’s back!’ I just thanked the Lord.”

The “world of pain” was the recovery. For 17 days, he remained in ICU in a medically-induced coma and flatlined a few more times.

He encountered Jesus again in his near-death experience.

“Are you sure this is what you want?” Jesus asked him.

“Yes,” he replied. And he returned to Earth.

Eventually, he recovered 30% functionality of his heart and could be released once they installed a pacemaker.

“It was a long process,” Debbie says. “Basically it was good to hear his voice again.”

Jim was able to attend his daughter’s graduation.

After his recovery, Jim witnessed to sinners daily.

“This isn’t about me,” he says. “It’s about their life and to know that He is there for them and He loves them.”