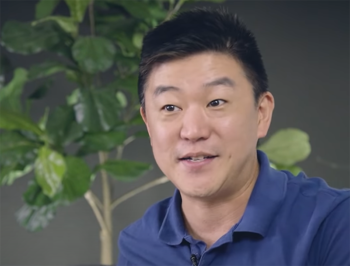 He smoked a “death bowl” — an overpowering mix of marijuana laced with cocaine, heroin and PCP — and true to its name, he suffered a hellish near-death experience.

“I stayed up for 10 straight days, and on the last day, actually had an encounter with, I believe, Satan. At the time, I thought it was my Buddhist god,” Steve Kang recounts on a video on his YouTube channel.

Satan growled at him: I know you’re having a hard time. It’s time for you to take your own life. Cut your neck; cut your stomach, and I’ll spare you from Hell.

Steve Kang immigrated from Seoul, South Korea, when he was nine. He was among a tiny minority of Asian kids living in the outskirts of Boston in the 1980s and ‘90s and hated standing out like a sore thumb.

“I wanted to be white,” he says. “Everyone was Caucasian or Puerto Rican or African American back then. So Asians were like the minority of minorities. Depression or sadness or anger is a sign of not having something you want, right?” 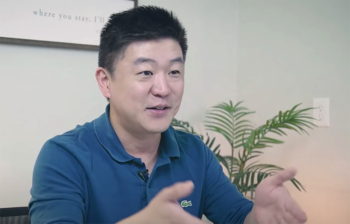 The confusion, he says, led to anger and rebellion. In college, he started smoking weed with his buddies, and they moved drugs for sale in duffle bags. That made him also a drug dealer.

When the overdose fully kicked in, Steve obeyed his Buddhist god, otherwise known as Satan. He went to the kitchen and got the biggest knife he could find and gashed his neck and stomach. His mom, who was home, came in, saw him and called 911. Police came within a few minutes and wrestled the knife from him.

He passed out and was taken to the hospital. In all, he lost 90% of his blood, he recounts.

While he was unconscious from the overdose, he went to Hell.

“I’m sinking and it feels like an elevator just falling down and after five minutes of just this horrific feeling of being abandoned and fear multiplied by 100,” he says. “I land and I look around and it’s Hell. How do I know it’s Hell? Instinctively, supernaturally, I just knew.”

Demons and people were piled high.

“I feel pain and I knew I was a sinner and I will never leave this place,” he says. “It’s like hopelessness, the spirit of loneliness. There is no quenching of fire and there’s no stopping of the gnashing of teeth and I did feel heat. I did feel darkness.”

Doctors told him later he was unconsciousness for 12 hours, but Kang estimates he spent five minutes in Hell.

When he woke up, he was overwhelmed with gratitude that he managed to escape the eternal, conscious, punishment of Hell.

“I was so relieved and scared of Hell and relieved to be alive,” he says. “I was surrounded by pastors. I think I said the sinner’s prayer about 10 times.”

He was also traumatized, which led to confusion. While he was recovering from his injuries for months, he kept getting visits from his worldly friends — and so he fell back into drugs. Six months later, he suffered a severe car accident. That shook him up.

In a dream God gave him at that time, he was atop a mountain with very vivid detail. God spoke to him audibly.

Steve was astonished. “Oh my God, did I just hear God?” he marveled.

He had a vision of a beautifully valley with mountains on either side and a spectacular city that resembled the New Jerusalem described in Revelations 21.

“Compared to seeing Hell and compared that hopelessness times 100, seeing Heaven where there is peace and joy and comfort you feel like having the Father right next to you, like tangibly visibly with you, is incomparable,” he says.

“I knew that God was showing me Heaven because He wants all of humanity there.”