Stephen Lungu grew up in difficult circumstances in Zimbabwe. When his mother was 15-

years-old, she was given away in marriage to a 50-year-old man.

“The marriage didn’t work out,” Stephen recounted on a PremiereTV video. “We experienced my mother being bashed every day by my father and I saw blood in her nose or mouth.”

Even as a youngster, Stephen’s instinct was to try to protect his mother, but his father would simply push him aside.

Once when Stephan was shoved away, he hit a wall and began to bleed.

“Why are you looking at me like that?” his father glowered.

Stephen didn’t have the strength to reply, but his thoughts were vengeful, You just wait until I grow up and then I will kill you.

Finally, his father walked out of the house and never returned. “My mother dumped us in the streets, and I found myself at the orphanage,” he recounted.

“At this orphanage I was abused and beaten, and I felt like I was in hell,” he said.

He left the orphanage filled with bitterness, and his life on the streets descended into sniffing drugs, petrol, and smoking marijuana. “I had two guns and a knife. My knife I called the dragon. Each mark on that knife told how many times I had stabbed someone.

In his heart he declared, “There is no God.”

“Later on I became a freedom fighter in Zimbabwe, throwing petrol bombs. When I was 20-years-old I was against God, bitter in my heart.”

He embraced Marxist ideology because he was told that was the best political philosophy. “We were taught the Bible was brought by the white man to Africa to brainwash the people and make them slaves. So I didn’t want anything to do with Jesus.”

One day, on his way to bomb a bank, he happened to see an evangelistic tent meeting in progress.

Suddenly, a vile thought entered his mind. “Guys, lets surround the tent. At 7 o’clock I will blow the whistle and we will throw our petrol bombs at one time. Then take your guns and shoot everybody,” he ordered.

His comrades agreed to the plan, but a few minutes before seven they decided to stick their heads in the tent and listen for two minutes.

When they stepped inside they saw something surprising. “We saw this beautiful girl and she was sharing her testimony about how Jesus came into her life. That threw me off balance. I thought Christianity was for the old, old grannies that were about to die.”

Why would a pretty girl waste away her beauty? he wondered. As she shared her testimony, he noticed her face was shining. There was something she seemed to possess that was beyond his understanding.

Then an evangelist came forward and read Romans 6:23: “For the wages of sin is death, but the gift of God is eternal life in Christ Jesus our Lord.”

“When he started preaching the gospel, I didn’t like his finger. Every time he pointed his finger, it was like he was pointing at me. I didn’t matter which direction he pointed, it was bending toward me.”

Little did he know that no man can hide from the finger of God.

The power of the Word and the Spirit penetrated his heart and he began to weep loudly. “The whole tent turned around to see my crying and I walked forward with my weapons and knelt at the feet of that preacher.

“I was crying for mercy from God,” he said. Stephen surrendered himself to Jesus Christ as his Lord and Savior and was born again.

“That night became my turning point when I invited Jesus into my life. It was so glorious.”

Afterward, Stephen went back to the bridge where slept. He prayed, “God, you saved my life. What must I do?”

The still small voice of the Lord impressed on his heart, Go to the police and surrender yourself.

Stephen made his way to the police station and confessed everything. “After eight hours of interrogation the police said,  ‘If Jesus has forgiven you, we forgive you too.’

“What a glorious Savior! Heaven forgave me and the government forgave me. The Bible says that if the Son of Man shall set you free, you shall be free indeed…Jesus filled his glory inside me and I was a new creature in Jesus Christ.”

Later, he met a missionary who took him into his home. “God in his sense of humor, used a white person to adopt me. It was this white missionary that taught me to read and write and gave me new clothes and gave me the first bath of my life.”

Stephen embarked on a path of inner healing, to overcome the bitterness in his heart toward the white man, against women (because of his mother), and the relatives who abused him.

Years later grew to become a powerful evangelist and was preaching in Zimbabwe. He made an invitation to receive Christ and over a thousand people came forward. “I went down to pray for all those people who had come forward, crying and broken before God. Some were throwing their witchcraft things away.” 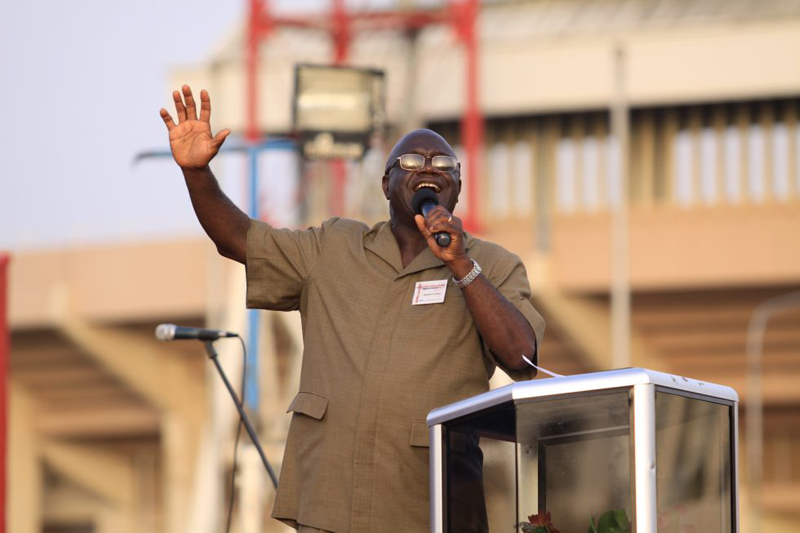 He prayed for one woman and God touched her and healed her.

“I’m healed; I’m healed!” the woman cried out. “I want to accept Jesus,” she told Stephen.

He knelt down with the woman and she prayed to receive Jesus as her personal Lord and Savior.

“Before I leave, I have one problem,” she replied.

“Lady, I’m tired…What is your problem?”

“From the way you shared your testimony, you must be my son,” she said.

The woman he had just led to Christ was his own mother, the one who abandoned him as a boy, so many years ago. 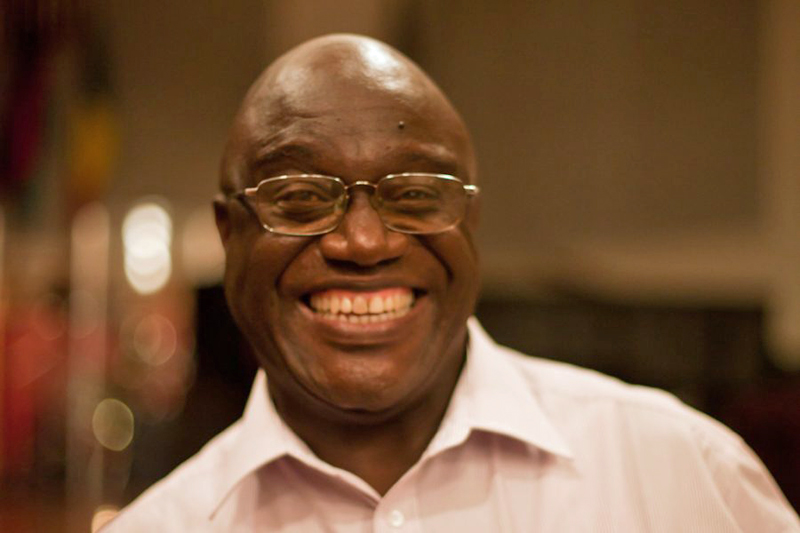 The boy had grown up to become someone used powerfully to expand God’s Kingdom. Some called him the Billy Graham of Africa. “God took a nobody and made him a somebody in the hands of Jesus,” he said.

Stephen’s mother passed away in 2010 and he preached at her funeral. “Almost 400 people came to Jesus at the funeral of my mother, from the boy she dumped in the streets.”

Stephen was able to proclaim Jesus across Africa until his passing January 18, 2021, due to complications from Covid-19. He was 78 and will be deeply missed by the many people he loved and the lives he touched for eternity.