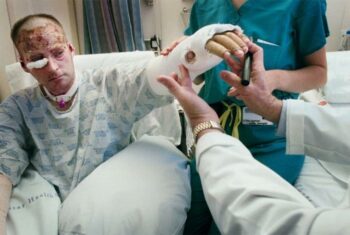 Just moments before a terrorist-hijacked American Airlines plane slammed into the Pentagon where he worked, he had stepped away from his office – the precise impact zone — to use the bathroom because of an early morning Coke that filled his bladder.

“When you are 15 to 20 yards from an 80-ton jet coming through the building at 530 miles an hour with 3,000 gallons of jet fuel and you live to tell about it, it’s not because the United States Army made me the toughest guy in that building but because the toughest guy who ever walked this Earth 2000 years ago sits at the right hand of the Father had something else in mind.”

He was seven steps into returning from the bathroom when Flight 77 impacted the Pentagon at a 45 degree angle, the third of four coordinated terrorist attacks on Sept. 11, 2001. The first two leveled the World Trade Center twin towers in New York. A fourth attack planned for the White House or the Capitol building was thwarted due to delays at takeoff. As passengers became aware of what was happening, they attacked and overpowered their hijackers, saving the White House; the plane crashed in a field in Somerset County, Pennsylvania. 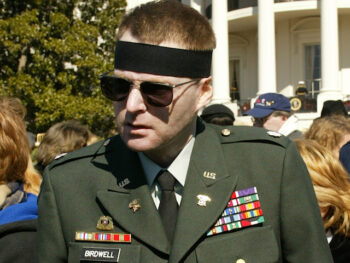 “You could see the flesh hanging off my arms. My eyes are already beginning to swell closed. The front of my shirt is still intact. My access badge is melted by still hanging covered the black soot of scorched blood. The flame was consuming me and I expected to pass.”

Brian had no escape. He didn’t know which route to take out of the hallways he was intimately familiar with.

“I did what I was trained in the military to never do, which is to surrender,” he says. “I crossed over that line of the desire to live and the acceptance of my death recognizing that this was how the Lord was going to call me home.

“Jesus, I’m coming to see ya’,” he screamed loudly.

But as he lay expecting his spirit to leave his body and be welcomed into Heaven, he didn’t die. 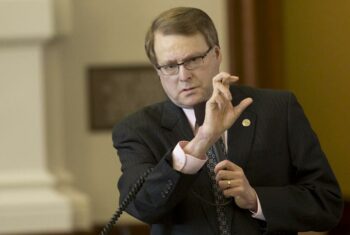 “The Lord had other purposes,” he says.

Eventually, he attempted to stand up and stagger to safety. Four men came down the corridor, saw him and attempted to carry him out by his four limbs.

“They each pulled a limb, but I didn’t come with them,” he says. “Similar to paraffin, that hot wax that you stick your hands in and after the wax cools it will just peel right off, that’s what happened when each grabbed a limb and go to pick me up. They pulled chunks off of me.”

That was his first excruciating brush with pain as a critical burn survivor.

Then they cradled his violently trembling body in locked hands as they carry him out, the first to be attended by triage (the most serious case). Taken to the hospital, Brian was stabilized and underwent “ghastly” treatments to save his life in ICU. More than 60 percent of his body was burned, nearly half the burns were third degree in severity.

He thought to tell the doctor to take off the wedding ring so that it wouldn’t become a tourniquet as his body swelled. 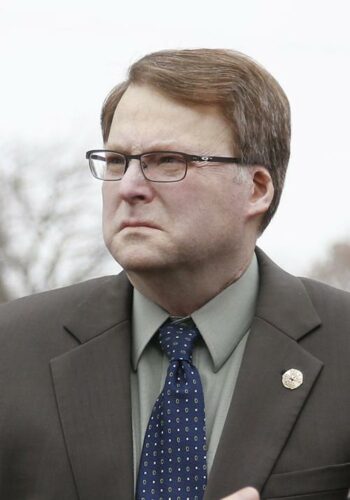 Again, he believed he was dying. He prepared to say a final goodbye to his wife and son as they took the wedding ring off his finger. He saluted the flag in his heart.

His wife of 14 years arrived at the hospital and comforted him. The chaplain was called. His son was brought in to say goodbye as he surrendered to Christ, “the Commander in Chief of life,” to die.

“The hardest thing I ever did in life was so goodbye to my son Matt,” he says.

“At that moment I was having my ‘It is finished’ moment,” he recalls. “As difficult as it was to say goodbye to my son, I thought about how hard it was for the Father to stay goodbye to his Son for three days.

“In my death I would be separated from my son but joined to my Heavenly Father,” he muses. “In Christ’s death, he was separated from the Perfection of Heaven.”

After 39 reconstructive surgeries, Brian continues as a lieutenant colonel and serves in the Texas State Senate.