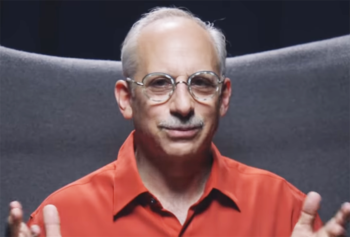 As president of a Jewish synagogue, Steven decided to divorce his wife when she started attending a Christian church. But later he did some soul-searching to find the truth and made a surprising discovery.

Steven’s first encounter with Christianity as a Jewish boy growing up on the East Coast was when his grade school friend leveled a malicious accusation: “You killed Jesus!”

“What are you talking about?” Steven responded, on a One for Israel video. (His last name was not provided.)

For centuries, American and nominal European “Christians” have perpetuated anti-Semitism by calling Jews “Christ killers” when in fact Jesus willingly laid down his life to pay the penalty for everyone’s sins.

In college, a musician friend introduced Steven to drugs. The sensation induced was like nothing he’d ever experienced before.

“What is this stuff?” he said at the time. “It was the most incredible feeling I’ve ever felt.” 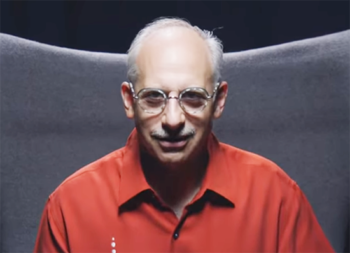 He decided to become a musician and left his Jewish faith behind.

While performing at a club one night, he noticed a really cute girl in the attached cafe, and he asked her out. It didn’t take long for him to decide he wanted to marry Monica.

Steven got into the scrap metal business with a couple named Sam and Louise.

Louise “started talking about the Jewish Messiah, Yeshua,” he remembers. “She was like, ‘You’ve gotta hear about this, it’s changed my life. You’ve never heard of Yeshua?’ I said no, and she said, ‘I bet you’ve heard of him as Jesus.’”

Nevertheless, she had piqued his curiosity.

“I was intrigued about this Yeshua guy, but this Jesus is a no, no, it’s not for me.”

During the next decade, Steven continued to use drugs. After his father passed away at the age of 52 from cancer, Steven felt intense pain and began to abuse drugs even more.

While driving home one day after taking himself to the emergency room, he decided to commit suicide. He knew that the stretch of highway was frequented at that time by heavy trucks, so he decided to spontaneously swerve in front of one and die. 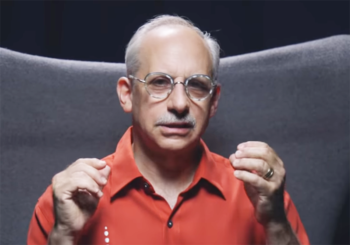 Unaccountably that day, for three miles there was not a single truck.

On arriving home his wife questioned why he was home. He was experiencing pain and confusion, so he responded by throwing her engagement and wedding ring across the room.

”What do you want from me?” she responded.

“I want to be loved,” he said, flustered and searching for words to explain his inner turmoil.

His wife called his psychologist, who agreed to talk to him.

“From what your wife tells me, you’re having more than just a bad day,” the psychologist said. He ordered Steven to report early Monday and prepare to enroll in rehab.

Steven submitted to rehab, and it helped him break his alcohol and drug addiction. Part of the program was for him to return to synagogue and receive “spiritual” help.

He did that. After years of attending every Friday night, he was asked to join the synagogue’s board of directors. Then they asked him to be president.

He continued his sobriety, gaining respect from his peers.

Then his wife started having breakdowns and found answers in a church. Having a church-going wife was a problem for a synagogue president. He delivered an ultimatum.

The threats did not deter her, so Steven reached out to his old business partner.

And then Sam asked Steven to look up a series of scriptures: Isaiah 53, Psalm 2, Psalm 22. Steven hadn’t read the Old Testament since his Bah Mitzvah days.

“Who do you think they’re talking about? Sam asked.

“It sounds like they’re talking about Jesus,” Steven replied. “But how could they? This is my Jewish Bible.”

“Well, why wouldn’t they be talking about Jesus?” Sam reasoned.

“No he wasn’t. He was Jewish,” Sam corrected.

So Steven prayed that night to know the truth: Ok God, I heard some really strange stuff tonight. But I do know that You pulled me out of the drug and alcohol addiction, that You saved my life. I’ll believe whatever You say.”

God spoke audibly: “This is the truth, and I love you.”

For Rosh Hashanah, Steven attended a Messianic congregation with his wife, presided over by a Christian Rabbi.

“I felt something there. I felt love and acceptance. I felt like I was home,” he says. “And then the service started and I couldn’t stop crying.”

At the altar call he wanted very much to accept Jesus, but was held back by the knowledge that he was president at his synagogue.

“I never thought i could be Jewish and believe in Jesus,” Steven says. “I thought the two were entirely at opposite ends of the spectrum. But once I understood that Jesus was Jewish, it came full circle to me: I said, ‘Oh my God, I’m believing in a Jewish Messiah.’ He loved me so much.”