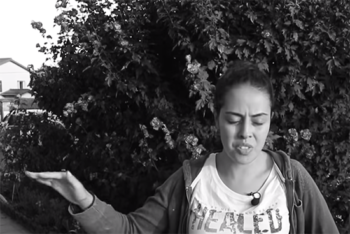 “I loved to see people dying, I loved to see them bleeding,” Chaima says on a Peter Ahlman video on YouTube. “I was seeing videos of decapitation on the Internet and I loved it. I was just blind.”

Her mother was an immigrant from Africa to Sweden and both parents were devout Muslims. Chaima saw life as cruel and wondered, “What am I doing in this world?”

“I tried to kill myself 3 times. I was doing drugs. I just wanted to destroy myself.”

As a teenager, she contemplated running away to Syria to join the ISIS terrorist group. She had friends who encouraged her and she even arranged to marry a man in Ankara.

“I hated people who were not Muslim. I wanted to kill them. I was bound to dangerous things,” she says. “I didn’t feel loved by anyone. I was weak; she showed me love. I fell in the trap.”

She had a passion for reading, so her mom, concerned for her bouts with depression, brought her library books. One of the books, by accident, was the Bible. Chaima decided to read it and try to prove to Christians that they were wrong.

This cast in stark contrast her own murderous religious ideas. 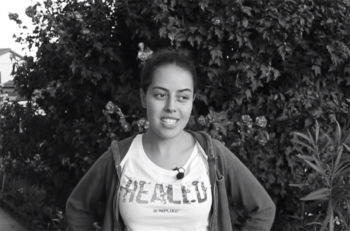 Everything inside her mind told her to reject the Gospel. “But in my heart Jesus started to do a work.”

She finally let down her defenses against the pure Word of God and the Holy Spirit. She accepted Jesus into her heart and became born-again.

Soon, she felt the need to inform her Muslim family of the change in her heart.

“That’s when the persecution started,” she says. “They stopped talking to me. During months, I was alone in my room. It was like a prison. Because I had a past of being alone and thinking about suicide and feeling depression, it wasn’t good for me.”

But this time she only fell into depression once. 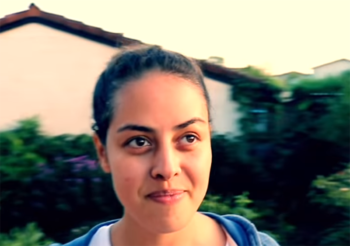 “I started to read the Bible a lot. Jesus was there with me. He was encouraging me,” she says. “The Holy Spirit was really there. I felt it and knew it.”

Eventually her family disowned her and kicked her out. But she was willing to leave her biological family for Jesus.

“I have a new family and it’s all around the world. This is the best gift God gave me,” she says. “I want to encourage you people Muslims or not, to seek God with all of your heart because God knows where you are. He knows your struggle.

“Even if you hate Him, He loves you.” 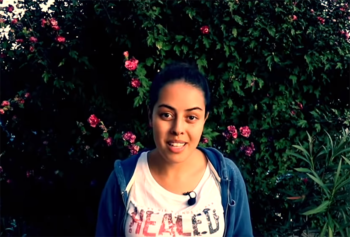 “I can see the grace of Jesus Christ all along. He saved me from suicide, from depression, from all of it.”

At her baptism, a demon manifested. The brothers had to pray to exorcise the demon. A video of her baptism shows her voluntarily entering the waters of baptism and being baptized. But after submerging, she fights and struggles against her baptizers, while a man casts the demon out.

“After the baptism I felt like a heavy weight completely disappeared. I was so excited to go and make disciples. All my convictions in Christ started to come alive in me.”

Now instead of hatred, she bore love towards everyone around her. She evangelizes with people at her church in Sweden displaying contagious joy.

“I started to want to talk about Jesus to everyone, even the people who led me to terrorism,” she says. “I wanted to see them and tell them they are wrong and that love is waiting for them.”

When the video was created, Chaima’s family remained unsaved and she longs for the day they will receive Jesus.

“Sometimes I think about my family. Of course it’s hard. Of course it hurts because I was so used to being with them. But I am not an orphan. My family in Christ adopted me. That came from Christ.

“In my family, my dad never told me he loved me, and I never told him I loved him. In Psalm 18:1, when my Heavenly Father told me He loved me, the first time I saw this, really, I cried. It’s just amazing.”